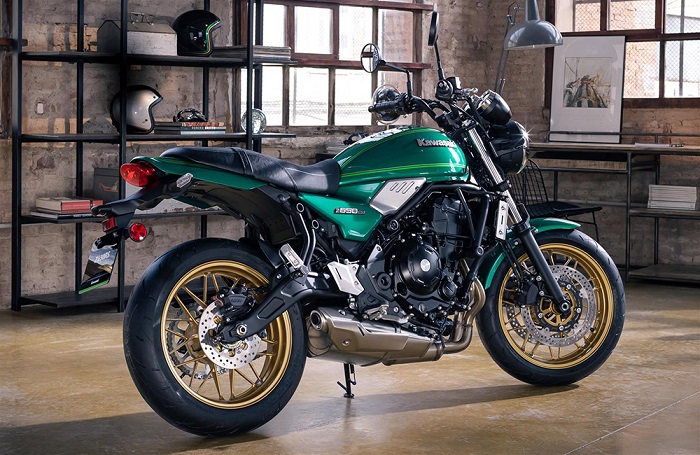 There’s nothing like riding outdoors. As soon as the snow comes off and the spring air gets warmer, motorcycle season begins. If you too have been captured by the spirit of wanderlust, then before you rush in search of a new “two-wheeled friend,” you need to understand that there are many different models, and not all of them provide the same level of comfort, reliability and overall quality. So which bike to start the 2022 season with?

The market is huge, and the choices can be dizzying. Few vendors and manufacturers are now limited to a narrow niche – most present models in a variety of configurations and segments. We have tried to choose the most interesting, popular and quality new bikes to buy in 2022.

To begin with, you need to understand that “the best motorcycle” does not exist. Everyone’s ideal motorcycle is different. Any experienced biker knows how important it is to choose a motorcycle that matches the driving style, physique and, most importantly, the abilities of the owner. But there is one thing that is constant for beginners and professionals alike: you need to know which brands and models you can always count on.

Here are a few of the highest quality bestsellers on the market.

You can’t go wrong with this name. The iconic brand, known the world over, has given the world many cool bikes, exceptional in both quality and style, since its inception in 1903.

The Road King is one of its best products with enough power for any touring challenge. With a number of advanced features and unparalleled riding comfort, it has won the recognition of millions of people and is rightfully called the Road King.

Fans’ eyes light up at the mention of the name “Hayabusa.” The first road bike to break the 300 km/h barrier has become a true celebrity. This legend of Suzuki, first released in 1999, was reborn today in a new model under the official name GSX 1300RR. Of course, the creators modernized the superbike in all available ways, including increasing power and equipping it with high-tech electronic driving assistants.

The updated “Japanese” is impressively beautiful, but even more astonishing with the ability to rush on the freeway with monstrous speed. The heavy bike rides fast and smooth, maneuvering gracefully and devouring kilometers with incredible ease. The 2022 version develops a whopping 190 hp. (140 kW) and is definitely worth its money (from €18,490 as of January).

Retro is still on trend when it comes to motorcycles, so it’s no surprise that Yamaha has expanded its lineup with the new XSR900. The vintage beauty has been significantly transformed from its predecessor and is now Euro-5 compliant.

Working on its appearance, the designers were inspired by the legendary Yamahas of the 70s and especially the 80s. But the most important technical innovation is the aluminum frame, which greatly increases longitudinal and transverse stiffness, thereby providing greater driving stability and better dynamics.

It is expected that XSR900 with a three-cylinder engine with a working volume of 899 cubic centimeters and 119 hp will be available at European dealers from May-June 2022 at a price of 11 thousand euros.

Motorcycle enthusiasts appreciate the Ducati brand, and for good reason. Having earned a good reputation in its native Italy, it went beyond its borders and easily won the hearts of fans all over the world. Its fame grows with the range of models.

Today the brand is owned by Audi, which is under the VW Group banner, and this reinforces the amazing quality of their shared products, combining graceful Italian aesthetics with the technical power of German engineering. If you want a high-quality bike that can “fly” on high-speed trails and carve patterns in winding terrain – take the Panigale V4 SP, it certainly won’t disappoint.

Suzuki has spent decades trying to learn all the secrets of its craft. And it succeeded so much, that even people, who do not feel painful craving for two-wheeled vehicles, wanted to get its bikes in their collections.

Designers brand, specializing both on street bikes, as well as off-road (the latter, by the way, more than once won the competitions MotoGP), traditionally paint machines in white and blue colors, only occasionally resorting to more bright colors. However, even the most restrained palette does not make them boring.

Look, for example, at this GSX-R1000R – not any motorcycle lover will refuse such a handsome man. And the matter is not only in seductive appearance. Many assert that the one who wants to really feel power of the engine, it is necessary only to drive such superbike: having made it once, he already will not want to look back.

Aesthetes should be delighted with innovations in the Kawasaki 2022 range. This includes the new mid-size Z650RS, which is technically based on the Z650’s sporty counterpart and stylistically based on the 1977 model of the same name.

Thanks to its generous heritage – the technology of the first “donor” and the retro styling of the second – the new Kawa will not only look good, but also demonstrate exciting dynamic talents. Deliveries to European dealers have begun since mid-December 2021, with prices starting at 8,000 euros.

The Gold Wing has long been considered the quintessential touring motorcycle, and justifiably so. Today it is one of the most reliable, comfortable, easy to handle, versatile and well equipped for long-distance travel motorcycles. If you want to go as far as the tarmac can take you, this is the right vehicle.

Unlike many sporty “brethren” who ride exclusively on asphalt, the BMW R 1200 GS can conquer dusty country roads and rocky alpine roads with no problem. Even if it has to carry a load, it will still be one of the first on the pass.

Despite its rather impressive weight, this “German” not only drives fast, but also maneuvers with amazing ease. The case when the category “off-road/road” speaks for itself.

With a top speed of over 200 km/h and a 20-liter tank, you can cover long distances, because the creators of the GS paid a lot of attention to reducing fuel consumption. In addition, the R 1200 is packed with all sorts of electronic helpers, from dynamic brake lights to hill start assist and cruise control – all included.

The brand’s reputation for technology and quality is time-tested: it always knows what to invest in and what to surprise. There are plenty of decent motorcycles on the market, but very few designers have such incredibly talented hands as BMW’s employees.

Light, powerful and damn fast: many iconic superbikes are made in Japan, but Europeans aren’t far behind. Among them – the Austrian company KTM, which gave the world a lot of beautiful and high-quality models. Including RC 390 – everyday motorcycle with racing roots, which cheerful 1-cylinder engine with liquid cooling and a number of technological innovations ensure exciting dynamics and speed up to 180 km / h.

Sporty yet comfortable ergonomics and sophisticated software packages make the new RC 390 a strong player in its category.

In creating this motorcycle, the development team drew on the experience of many successes in motorsport. The RSV 4 engine develops 217 hp (160 kW). (160 kW) with a working volume of almost 1,100 cubic centimeters, so you should not be surprised by the ease with which this rocket bypasses rivals on the track. For €21,700 (as of February 2022), anyone can write their own page in motorcycle racing history.