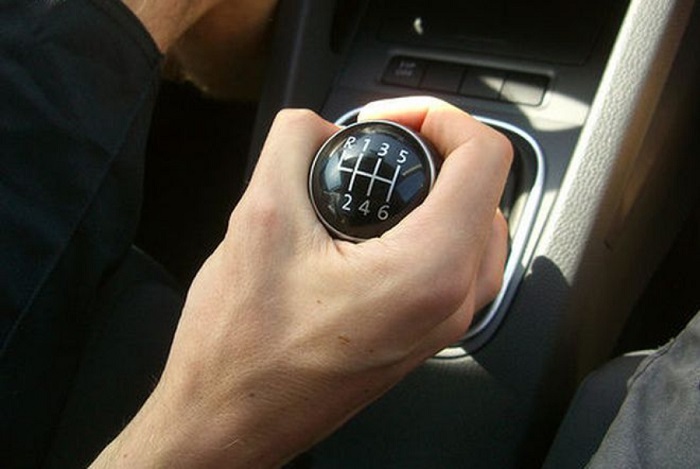 The world does not stand still, and many things that were commonplace in the last century have irrevocably fallen into oblivion. It concerns the automobile industry as well. For example, the system of manual start of the engine is absent in modern cars. Modern cars are more comfortable and safer. We are going to have artificial intelligence controlling them. Some elements will be completely unnecessary by 2030.

Even now, cars with big engines in the Western countries are being mercilessly struggled with. They are subject to increased tax rates, environmental levies, and an opinion that a large engine is a bad thing.

While automakers used to put powerful V12 gasoline engines in their cars, now preference is given to electric motors, as they are safer for the environment. An electric motor provides speed and maneuverability, which is important for modern cars.

For example, the new Lamborgini Countach is still equipped with a V12 motor. But the manufacturers assure that this is the last car with such a power unit. Soon all sports cars and supercars will be made with electric motors.

Already now, in some models, automakers are replacing the usual rearview mirrors with innovative external cameras. In particular, they are present in the Audi e-tron and Lexus ES. In Japan, cars with cameras instead of mirrors have been allowed to drive on public roads since 2016.

The advantages of external cameras include:

The display shows the whole picture, covering a wide view behind and to the sides, with no blind spots. This is especially relevant in poor visibility conditions. Drivers have not yet appreciated this innovation and do not consider the display a convenient means of visibility. But gradually everyone will get used to it.

The disadvantage of external cameras is their higher cost compared to a piece of mirror encased in plastic. But with the mass production of cameras, their price will fall. In any case, automakers have made their choice.

In the near future, cars with manual transmissions will almost completely disappear. The manual transmission will remain only in racing cars. Other cars, both luxury and budget, will be equipped with automatic transmissions. They reduce fuel consumption, make driving smoother, and make it easier to drive.

Already in 2018, only 3 percent of cars in car dealerships had manual transmissions. Every year, that percentage has steadily declined.

Raising up the handle of the parking brake reaches the automatism when parking the car even for a short time. This element seems to be indispensable in cars of the future.

But already in 2001, BMW equipped the Seven with an electric brake, which has shown good efficiency. It is easier to use due to the application of less force. In addition, it is safer. While the mechanical handbrake can be lifted incompletely, resulting in the wheels being only partially blocked, with the electric brake there is no such problem.

Traditional mechanical car keys have a tendency to get lost, get tangled up with other keys and tear up pockets. Now they are increasingly being replaced by engine start buttons. A built-in fingerprint sensor makes such a device as safe as possible from the encroachment of car thieves.

Modern software application allows you to start the car remotely. Moreover, the car can recognize an approaching person as its owner. In the future, in order to open the car door, it will be sufficient to put a finger on the indicator and say the code word. In addition, a button instead of a key is a more profitable and cost-effective option for automakers.

A bit of history. The first electric starter appeared in 1912. It was equipped with a car Cadillac Model Thirty. And before that, cars were started with a handle (crooked starter). The inventor of the electric starter was Charles Kettering, an ordinary employee of Delco Product. He is now known to us as a vice president of General Motors.

Therefore, those who are used to the traditional keys should not grumble. After all, no one would think of starting a car with a crooked starter! That’s how it is with the keys – automation replaces mechanics, and it’s right.

Analogue speedometers and tachometers, selectors and washers are gradually becoming a thing of the past, giving way to digital indicators. They are informative and customizable. There are some digital gauges that are customizable to display data in the style of analog panels. They’ll appeal to retro enthusiasts.

In new cars, the buttons to turn on the headlights, wipers, heating, air conditioning and multimedia system are also implemented on the touchmonitor. The fact that all functions are located in one place allows the driver not to be distracted from the road. In addition, the touch screen display looks more modern and stylish than the analog panel.

By the way, there is not a single hard-button in new Tesla cars. Instead of a bunch of devices, there is one big monitor, which controls all systems of the car. Other automakers are also actively moving towards touch-screen panels.

Even now, manual power windows are a rarity. You can meet them only in cars “older” than five years. They were replaced by the more convenient power windows. Obviously, the mechanical ones will disappear soon.

There were times when smoking was considered fashionable. It was impossible to imagine cars of the 1960s without a cigarette lighter. Nowadays, the harm of this habit has been proven, and there is an anti-smoking propaganda all over the world. This has led to the fact that ashtrays in cars have already disappeared. The time for cigarette lighters to go away is not far off either.

When the first car radios first appeared, they were an indicator of prestige.

In the age of digital technology, cars are becoming more and more like smartphones on wheels. In addition to listening to music in high quality, in modern multimedia are implemented and other features, such as calls. In short, the time of the car radio is gone forever.

Digital technology is inevitably taking more and more of a place in our lives. In many cases, they are cheaper than good old mechanics. It’s the future we deserve!