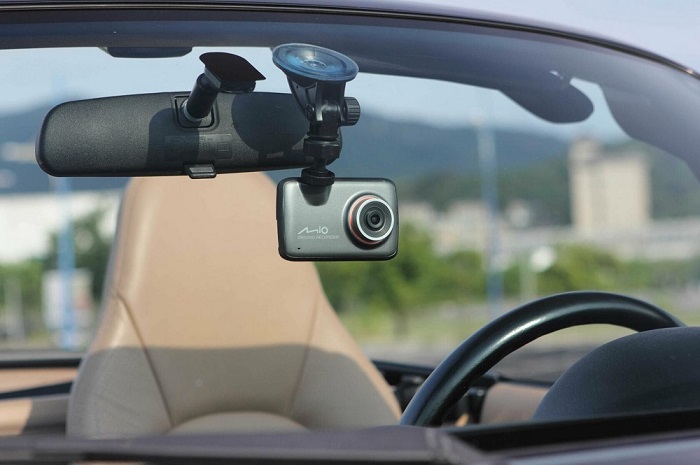 Many young men and women pedantically count down the days until they get their dream driver’s license. Unfortunately, with the purchase of their first car of their own, they become convinced of the harsh realities of operating a car.

Along with plenty of valuable advice from more experienced users, young motorists learn a number of wisdoms that have nothing to do with the truth.

Let’s deal with the most popular automotive myths, which have been ingrained in our minds for years, and understand how it really is.

Different tire pressures are not critical

It would seem that an experienced motorist doesn’t need to explain such obvious things as tire pressure and proper driving technique depending on wheel load. But people often ignore this issue, putting themselves and others at risk. The first thing to remember is the huge impact of proper tire pressure on your car’s traction.

Following the manual, we provide ourselves with comfort and confidence while driving. Manufacturers accurately calculate the permissible pressure, which should increase with the weight of carried luggage and passengers, and provide us with appropriate instructions.

But not all users perform measurements before driving – many do not do it at all, determining the “slump” by eye and believing that small deviations do not play any role.

However, even a small difference in the pressure gauge readings on individual wheels is enough to noticeably worsen the driving characteristics of the car, increase the risk of skidding due to understeer or oversteer and increase sensitivity to side wind gusts.

Only a small number of cars from the factory require the use of fuel with a higher octane number – only it guarantees the achievement of catalog power, torque, durability of units and assemblies of some models. Other designs can be easily refueled by drivers with cheaper gasoline and diesel.

However, there has been a perception for many years that using more expensive fuels reduces its consumption and improves performance regardless of the type, make and model of the vehicle. This is not a fairy tale – but only when the manufacturer separately stipulates this issue, insisting on high-octane power.

In cars with sporty overtones we can clearly feel the difference, while the average average average citizen will only notice higher gasoline bills. Of course, using expensive gasoline or diesel fuel will not harm the engine, but why overpay if there is no tangible benefit?

You will hardly be happy with the dynamometer test, which showed a power gain of 1-2 hp. And the increase of kilometers driven per liter will be so small, that it will take 10 or more years to justify the overpayment for expensive premium-grade gasoline.

Remember: the right fuel for any car is the one recommended by its manufacturer in the manual.

It is impossible to switch on air conditioner on full capacity, when the car is crawling in a traffic jam or goes faster than 100 km per hour

Systems of air conditioning (as well as heating) of modern automobiles are designed and tested for work even in the hardest conditions of driving.

Cooling fans, condenser, evaporator, compressor, lines and valves are all able to work smoothly even under heavy load. Each node is monitored by sensors that track any changes and regulate the work of all system components.

On cold days, it is necessary to warm up the car before driving

This myth has been around for years, especially among older car users who spend half an hour in the parking lot to get their car ready to drive. Although most drivers already know that it doesn’t help modern models (and sometimes even harms them if repeated many times), many continue to adhere to this ancient habit.

Instead of warming up frozen machinery by standing still, it’s enough to move slowly and carefully for the first few miles – without loading the engine with revs until it reaches operating temperatures.

No need for more than one coat of car wax. An overly greasy coat can give the car a dull and worn appearance instead of a clean and shiny one. When we wax the surface, we wipe it down with a rag at the end to collect the excess, so why reapply it?

You can wash the car with any detergent

Wrong. Never wash your car with dishwashing liquid, laundry detergent or other chemicals designed to work on completely different materials. Not only can they wash away the protective wax, but they can also corrode paintwork and ruin upholstery, chrome parts, and car plastic in the interior.

Using synthetic oils is the best way to improve the life and performance of your engine. They are more slippery and don’t thicken as much or as quickly as their conventional counterparts at low temperatures.

They also lose less of their lubricating properties over time, don’t entail loss of warranty, don’t provoke leaks, and don’t damage your engine. But, of course, they, too, need regular inspection and replacement as part of the manufacturer’s recommended service plan.

Since the car has airbags, you don’t have to wear seat belts

This belief, fortunately, is held by fewer and fewer motorists. And rightly so, because it carries deadly dangers.

In the event of an accident, everything happens with astonishing speed. Every fraction of a second counts. The airbag is designed in such a way that it only fully unfolds when a body hits it.

Too early contact between an unbelted person and an airbag that is not fully deployed can result in serious injury – not to mention cases where this safety accessory fails to work at all due to various defects.

After consuming sweet apples, the breathalyzer will detect blood alcohol

This has become one of the myths that drivers who decide to get behind the wheel while intoxicated love. Although it is sometimes the case that treats containing a high percentage of sugar can have a short-term effect on the composition of our exhaled air. If, however, we repeat the study after a few minutes, the reading is correct.

The consumption of apples will not harm the driver. The police confirm that exceeding the limit of 0.2 ppm in the blood is impossible even after consuming a kilo of apples.

Going to the west of Europe, you have to take off your webcam

Until recently, this was the absolute truth, because somewhere abroad (in Germany, say), there was a different interpretation of the law. According to it, it was possible to be held liable for the use of a car DVR: it was classified as hidden video recording without permission.

In May 2018, the German Supreme Court ruled that the recording from such a camera could be evidence, so driving was allowed to be recorded and presented in court. Provided there is nothing on the video other than the event about which the trial is taking place: in Germany, videos are not made public without the permission of all the people caught in the frame.

In Austria, the law is still absolute, and you can pay a hefty fine for using a recorder. The laws are also ambiguous in Switzerland, Portugal, France and Luxembourg – where it is better to refrain from using webcams altogether. Explore this issue if you are going to make an overseas road trip.

Driving with little fuel does not harm the engine

Fuel has a cooling effect on the engine, and if it is not enough, it heats up to high temperatures, and its quality is spoiled. Not only that, it can harm the engine by overheating, the pump seizing up or air leaks through it.

Car owners with turbocharged engines should be especially careful: running on contaminated hot residues may lead to a number of serious failures.

You have to change all four tires at the same time

As a rule, tire treads wear unevenly. There is no need to replace the entire set at once: it is enough to renew only the front or rear tires – but necessarily in pairs. The exception is the short-term installation of a spare wheel.

It is also worth knowing that the rear axle requires better quality tires – this principle reduces the possibility of skidding on a turn.