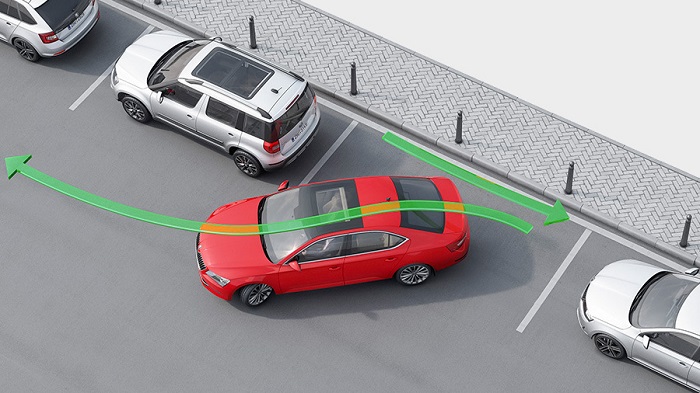 Modern cars just abound with different options! Many of them are really useful. But manufacturers have surpassed themselves in striving to build the most magnificent car. They have absolutely unnecessary adaptations (for example, a steering wheel with heating and cooling function). They only complicate the construction, overestimate the cost of the car and cause a lot of problems, even though they are presented as a revolutionary solution in automotive engineering. You can safely refuse them!

In a survey of more than 600 car enthusiasts, paddles were declared the most useless gearchanging device. According to 33.5% of respondents, they do not use paddles to change gear, because they do not see the point of this option.

Certainly, the paddles allow you to feel like a pilot of “Formula-1”, where it is necessary to minimize the time on maneuvers. But the thing is that you need to press them at the ideal moment, which auto-racers know how to feel. Otherwise, the automatics will not react.

They give an illusion of full control in cars with automatic transmission or variator, but they do not replace the sensations of manual lever control. Moreover, they even physically interfere with maneuvering.

In general, everything is simple here. If we do not want to change gears manually, we buy the car with automatic transmission. We want to do it – get the car with “manual”. And paddle shifters have nothing to do.

This option allows you to monitor the road markings and keep the car in a lane. Engineers conceived this feature in order to reduce the number of accidents related to the car leaving its lane.

In “advanced” models, the system steers itself and returns the car to its lane. But in practice, this option does not work for several reasons:

As a result, we have the dreaded steering on a perfectly flat track and malfunctions in the system. In this regard, even if the motorist has tried to use the tracking function, usually after the first time he turns it off.

This feature is expensive, but it doesn’t add safety or convenience. It may be useful for novice drivers who don’t know how to park quickly and accurately. But even with an automatic valet there is no guarantee that you won’t scratch someone else’s car.

As for speed. The auto valet is much slower than even a novice driver. In addition, the system still requires “manual” control. And this means that you have to sit concentrated, with your foot over the brake pedal, in “combat readiness” at any second to intervene in the automatic parking system.

It also happens that the system puts the car in the gap between two cars, which it seems wide enough, but in fact it is impossible to get out of the car. In general, to park successfully, it is enough to have a vehicle equipped with parking sensors and a rearview camera.

Automatic doors were found to be a useless option by 24% of those surveyed. This function is supposed to add status to the car and make boarding/disembarking a pleasant process. But in practice, automatic doors considerably slow the process of getting in and out of the car. So you can do without them.

Touch screens are fashionable and stylish. But in the car is not always convenient. First, they accumulate dust, which gives the interior an unpresentable look. But it is not the main thing. Switch any function at speed by touching the screen is very uncomfortable! And if it is located in such a way that you have to reach it, it is a safety hazard, because it distracts from the road.

And here are more disadvantages of touch screen panels:

Of course, supporters of technological progress will say that the buttons are a thing of the past, but they should still be used to control the main systems of the car. At least they react faster, which is very important in critical traffic situations.

In opinion of 21% of car owners, six windows are enough. The sunroof is designed to let in more light into the cabin. But by and large, it is absolutely unnecessary. But in case of slightest depressurization during rain you will get “life-giving moisture”.

These innovative technologies have been incorporated into today’s vehicles to make life easier for drivers and increase safety. In particular, stability and traction control systems really save lives in dangerous situations. But when there is a lot of control, it often gets in the way. The driver should be able to personally control all of the processes that occur in the car while driving, rather than blindly relying on robots.

Automatic start/stop shuts off the engine when the car is stopped. This reduces fuel consumption and emissions. But this system is characterized by intrusiveness, lack of transparency and inefficiency.

Built-in navigation appeared in cars at the beginning of the XXI century. At first, this expensive option delighted drivers, because it allowed them not to carry a bulky GPS navigator with a cigarette lighter tee and worry where to put the wires.

But the built-in navigation system was convenient until the appearance of mobile applications, which show the actual junctions, traffic jams on the roads, speed cameras, road works in real time. And the databases of these mobile applications are updated regularly.

The built-in navigation can’t keep up with the changes, and manual map updates are not provided. Therefore, motorists more and more often refuse this expensive option, if there is such an opportunity.

The drive of side mirrors

15% of motorists are ready to refuse this option without regret. It has only one benefit, and even that is doubtful: to fold side mirrors, without leaving a car. But what for?!

But there are much more disadvantages:

6% of respondents consider this feature as absolutely unnecessary. It would undoubtedly be useful if we were controlling intercontinental ballistic missiles.

The idea is not a bad one. But, modern technologies have not yet reached the stage of adapting to each individual.

The system of monitoring the physical condition of the driver works according to a predetermined algorithm, based on average statistical data. Usually, a message about the need to rest, drink a cup of coffee and stretch comes after several hours of continuous driving. But everyone is different: someone is already tired before this time, and someone’s body is so enduring, that it may overcome a few hundred kilometers without the slightest sign of fatigue.

And meanwhile, this option costs a lot of money. But even if the motorist bought a car with a fatigue control system, most often he simply ignores its warnings and is guided by his own condition.

This feature is installed in modern parkettes. But it works only on a high mountain, which you need to drive up, and the majority of crossovers on sale now can not do it.

The function of the system is to protect the car from turning and overturning when going downhill. But here much depends on the chosen trajectory and skill of the driver who will always keep his foot on the brake pedal during steep descent. The system does not know how to steer by itself, so it is almost always unclaimed. But we overpay for it!

Rain refers to dangerous driving conditions, and wipers are undoubtedly needed. But are computerized moisture sensors so necessary in them? They would be useful if they could react to sudden changes in conditions. In a sudden downpour, they are absolutely useless, and mechanical wipers do an excellent job with drizzling rain. So, automating windshield wipers can’t be called a smart move.

We hope that the manufacturers will listen to the opinion of motorists and remove annoying additions or replace them with something more effective.