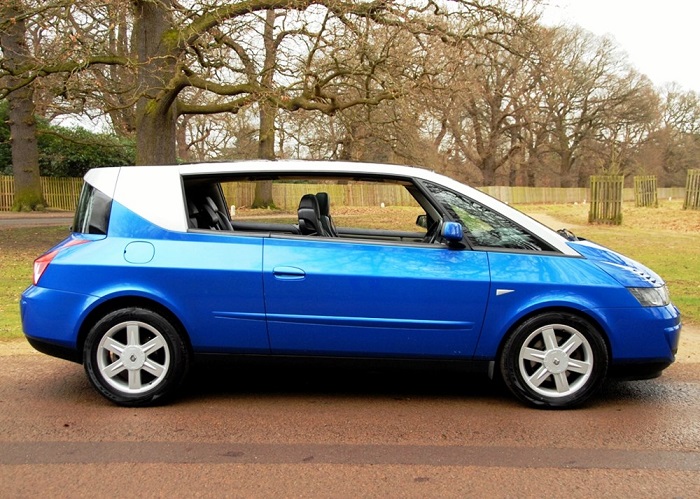 As is often the case with large corporations, Renault’s history began with an event that became significant only in retrospect. On Christmas Day in 1898, 21-year-old Louis Renault drove to Paris in his wooden car, which he had assembled in his parents’ barn in Boulogne-Billancourt. The trip brought him twelve orders for copies of his car. “Renault’s Model A” goes into production for the first time.

Having come a long way, not always strewn with roses, Renault has left its mark on generations of drivers and enthusiasts with timeless cars. It has created many models, from the mundane to the adventurous, which have become iconic.

At the beginning of 2021, Renault announced its new plan called “Renaulution,” a three-phase strategy for the future that incorporates the latest concept prototyped in the Renault 5. The project builds on the legacy and history of the great cars that have supported the company over the years.

The French produced many iconic models after World War II. Some of them were developed exclusively for family needs – such as the Espace. Others had a racing pedigree, such as the Renault 5 and even the Dauphine. Others were the epitome of the spirit of the times, such as the 4CV. Let’s take a look back at a few interesting Renault designs that are still a delight to this day.

As the successor to the Alpine A310 in the eighties, the GTA was a reflection of the European wave of automotive design in which the French offering competed with Porsche. Car dealer Jean Redele founded the Societe des Automobiles Alpine in 1955, and so was born the Alpine racing brand, whose first product was the A106.

The talented Philippe Charbonneau, creator of the 1953 Chevrolet Corvette and Renault 8, is credited with designing this model along with Gaston Juchet. This was their version of the family car – looking like a five-door hatchback station wagon, but retaining the makings of a sedan.

The front-wheel-drive R16, known for its good on-road handling, had a fully independent suspension. One of the distinguishing features of its design was the elongated left side of the wheelbase. It was successful and in demand, but the oil crisis had a negative impact on sales.

He was called the Wizard. Amedeo Gordini was not only a racing legend (he participated in many prestigious competitions, such as the 24 Hours of Le Mans), but also a genius designer. His miraculous touch served as the impetus for the 1964 debut of the R8, which succeeded the Dauphine Gordini.

Powered by a 1108cc engine and a 4-speed transmission, the Renault R8 Gordini could reach an unremarkable speed of 170.5 km per hour. Built for competition, it led to victory in the 1964 Tour de Corse (Rally of Corsica), continuing its success with victories in the same races in 65-66.

The Clio appeared in 1990, after which it sold a huge circulation of 15 million copies around the world. A good respite after a series of ups and downs of the 80’s (when the company was even on the verge of bankruptcy in 1984/85). In 1998, the second generation came out, a longer one to increase capacity. The Clio-3 launched in 2005. Larger and heavier than both of its predecessors, it was offered as a three-door hatchback along with a five-door version.

The Clio-4, released in 2013, was limited to a five-door version with a choice of engines. The 5th generation (from 2019) built on the success of its predecessors. Let’s not forget the Clio V6 with its wide frame and mid-engine layout, paying homage to the turbocharged R5 of the eighties.

This nimble sedan went into production in 1980. Although “Fuego” means “fire” in Spanish, it wasn’t as “hot” in terms of sales as Renault had hoped. The body was designed by Michel Jardin (rumor has it that he proposed the five-door version) and François Lampreuil worked on the interior.

Its aerodynamics were much appreciated, as was its top speed of 177 km/h: in the early eighties, this made the Fuego one of the fastest diesel cars in the world. The remote-controlled central locking system was another innovative highlight.

This Renault is a product of the post-war era, secretly designed during wartime. Louis Renault’s instructions to the developers read, “Make a car after the Germans’ example!” Inspired by Ferdinand Porsche’s Volkswagen, the 4CV was released the year after the war.

Because of its peculiar shape and the original yellow paint job it inherited from German army cars, the 4CV was called “a piece of butter.” Due to the post-war collapse of the French economy, sales were low, but it was produced for quite a long time: from 1946 to 1961. According to reports, 4CV developed 21 horsepower and could accelerate from 0 to 90 km/h in 38 seconds (not to our usual “hundred”, because the maximum speed of the car was less than that threshold).

The Dauphine proved popular throughout Europe: the company produced over 2 million examples in 10 years. It was also successful on the track: it won the Tour De Corse in ’56, ’58, ’59, and ’62, and the Monte Carlo Rally in ’58.

The Renault Espace was launched in 1984. With its fiberglass body, galvanized steel chassis, and versatile design, the multipurpose Espace-1 was a popular choice. A restyled version came out in 1988 with some cosmetic improvements like modified headlights. The Espace-2 arrived in 1991. In five years, 316,518 units were produced. Gamers probably know Espace F1, presented in the simulator Gran Turismo 2 in the form of a superfast car.

The Espace Mk3 appeared in 1996; the Grand version with a longer wheelbase came out a few years later. The Mk4 consisted of 90% recycled products: these materials reduced weight and, as a result, improved fuel efficiency. The 2015 Mk5 has been called the culmination of the evolution of the family minivan, which has only improved over time.

The Renault Caravelle debuted at the 1958 Paris Auto Show (in Europe, the model was called the Floride until early 1963). The French took it up against Volkswagen with their Karmann-Ghia, introduced in 1955.

Renault offered the Caravelle in many styles, including convertible and coupe. In 1962, it was upgraded with a new 51-horsepower engine. Throughout its life, the model was equipped with different engines – 845 cm3, 956 cm3 and 1.1 liter. Production ceased in 1968 after a steady decline in sales.

The company recently showed a new R5 EV concept, a reminiscence of the Renault 5 of the ’70s and ’80s. First released in 1972, this car quickly became popular. The design of both hatchback variations, the three-door and five-door, featured streamlined bumpers, square headlights and straight, hard lines.

The Turbo versions produced in the eighties were designed for rally competition. The R5 Turbo had its greatest success in this field, winning the Monte Carlo Rally in 1981, as well as a number of European racing events in the 1980s, competing in categories 3 and 4 of the FIA Rally Championship.

Renault 5 was once the best-selling car, in demand not only in France (more than 5.5 million units, later displaced by the Peugeot 205). What is even more unusual is the electric version, developed in partnership with EDF (1971) and impressive “range” of 110 km.

The Renault Twingo, now approaching its 30th anniversary, has established itself over the years as the benchmark city car. Thanks to the sliding rear seat and folding backrests, its cabin can be easily adjusted for different needs of the owners – even turned into a comfortable bedroom.

The third generation Twingo still remains very practical small car. But it’s no longer the avant-garde exotic with bulging “eyes” that it was in the mid-nineties as a joint product of Renault and Daimler (which also offer an almost identical Smart).

Launched by Matra on behalf of Renault, the Avantime impressed the public with its bold design. Despite its commercial failure (less than 9,000 units were sold), it was one of the world’s first hybrids to combine different styles – in this case a crossover, a minivan and a coupe. It is still prized by collectors today for its resistance to corrosion and many unusual features.

Introduced in 1995 at the Geneva Motor Show, the Renault Spider was actually intended to promote the brand rather than become a full-fledged production car. But it ended up selling 1,726 units, including 90 in the Trophy version. It was equipped with a 180 hp engine and was easily recognizable by its unique protective arch.