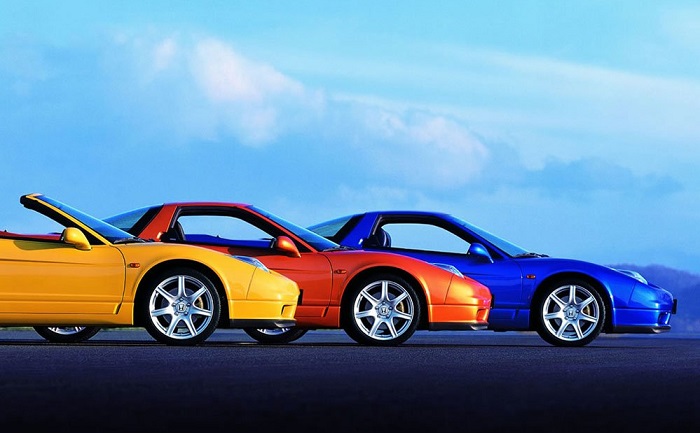 14 things that irritate modern cars and interfere with driving

Car manufacturers, in the pursuit of the buyer, go to a lot of tricks. Wanting to make their cars as comfortable and safe as possible, they equip them with various “features” or improve the existing options. Some innovations turn out to be really useful, and others – causing irritation, if not surprise. We will tell what things in modern automobiles most annoy the drivers.

In the fight for ecology, car manufacturers have started to install programs, controlling the load on the engine. Artificial rev limitation is aimed at reducing noise and harmful emissions.

However, such option is useful for not very confident drivers, as it helps not to burn out and thus protect the engine. Experienced people are irritated by such enforcement. Especially when it is necessary to speed up quickly to pass an uncontrolled crossroad or to merge into another stream.

Would be a useful feature if it didn’t glitch so often. The program was originally designed to keep the driver less distracted from the road.

Alas, the speech recognition system often misbehaves: it acts incorrectly, giving the wrong commands. Consequently, it not only distracts but also often irritates the driver.

The minimalistic screen with a lot of icons looks nice and status. But in order to select the desired option, the driver has to take his eyes off the road to find the appropriate icon on the panel.

In old cars, it was enough to reach for the necessary lever or button without looking to perform an action.

Cameras instead of side mirrors

Recently, there has been a trend to install video cameras instead of mirrors. The manufacturers believe it helps to improve the aerodynamics of the car. They say the driver does not have to swivel his/her head while changing lane – all he/she has to do is to glance at the screen.

The innovation has touched only premium models so far, but the disadvantages have already been revealed. The matter is that the image on the screen is too small and does not give a full information. Besides, the high-quality cameras often are attractive for thieves. And to change such video devices is much more expensive than the usual mirrors.

Previously, the presence of icons like sport on the car guaranteed the improved properties of the car. They showed that the model has a boosted engine, pumped up gearbox, and reinforced aerodynamic properties.

Today, such a badge only misleads, as it often does not imply any improved characteristics. Yes, the car looks more aesthetically and sportier than other models. But that is all.

Abundance of plastic and artificial leather in the trimming

In the old days, different materials were used for the interior design: fabrics, leather, vinyl, metal. The trimming looked decent and served longer.

Today, most manufacturers don’t bother with design, using mainly plastic. Even in premium models. Because of this, the interior often looks cheap.

Upholstery with artificial leather or budget leatherette is also often criticized. The synthetic material is poorly air permeable, quickly heats up and cools down. In hot or very cold weather, such upholstery is uncomfortable and therefore irritating.

Many cars often do not provide space for gadgets. And if there is, it is most often not the right size. As a result, the driver has to think about where to put the smartphone, so that it is close at hand and does not fall anywhere.

In addition, the built-in charger is designed for gadgets without a case. This means that the driver will have to make a lot of extra movements while driving. Or specially stop to take off the case and put the phone on charging.

Lack of legroom near the rear seats

Usually narrow space is a sin of electric cars, as the manufacturers are trying to free up space for the battery in this way. Why this problem occurs in other models, it is not clear.

The result is the same – because of the narrow space it is cramped and extremely uncomfortable for passengers to sit behind. Especially for people of large build. And it is terribly annoying.

In recent years, car manufacturers are as if competing with each other in an attempt to equip cars with a variety of ports for gadgets.

But they are installed in the most unexpected places. For example, in headrests or glove box. And some even disguise them so they don’t stand out.

It is so inconvenient to connect gadgets, that USB ports remain unused.

In many cars, the braking system is set up perfectly. A light touch is enough for the car to slow down or stop completely. But it also happens that it is necessary to press the pedal all the way to the floor for the brake to work. At critical moments, it can seriously affect the safety.

Modern cars are equipped with many useful features. True, not all of them are accessible. To get the most comfort, you need to pay for a subscription.

For example, it is required to control the air conditioner or heated seats. These functions become available only after payment to the developer.

With the biggest desire to stand out from the monotonous mass is unlikely to succeed. And meanwhile there are quite a few drivers who would like to have a brighter car.

For some reason, manufacturers decided to put huge grilles even on modestly sized cars and electric cars. It is difficult to understand the logic, because they are needed on SUVs to cool the internal combustion engine on gasoline or diesel.

The installation of such grilles on compact or medium-sized cars raises questions.