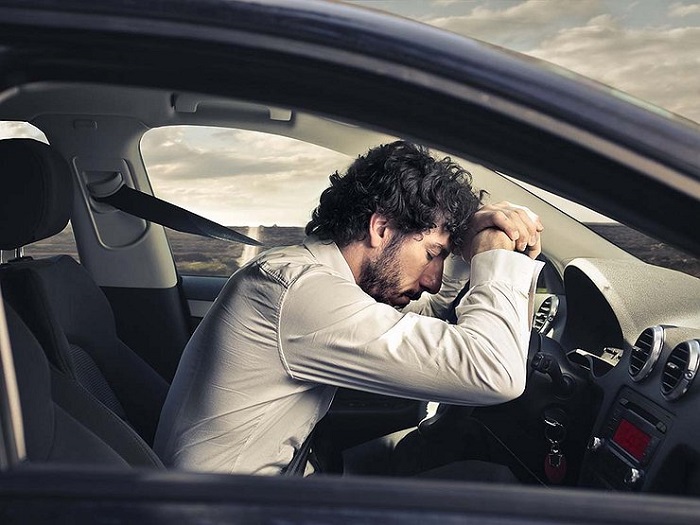 Recently, the number of cars has increased significantly. But not all drivers drive correctly and properly take care of their “iron horses”. And, both beginners and experienced drivers with rich driving experience make mistakes. What to say: some don’t know how to buckle up correctly, so they hop up under a belt or tighten it on their necks ridiculously. Indeed, it is not written anywhere… What are the most common mistakes of almost all drivers?

Not checking the pressure in the tires

A car has always been an expensive treat, and now especially so. It is wrong to care only about its appearance, neglecting the important components, including tires. Integrity of tread and timely change of tires from winter to summer and back is certainly important. But how long ago did you check pressure in tires?

And, meanwhile, even a slightly deflated wheel worsens the traction with the road, reduces maneuverability and increases fuel consumption. If you feel sorry for the money to pump up the tires, then do not be surprised that at speed the tire was blown to pieces. It is good, if without consequences for health and life!

It is especially important to check tire pressure after the car has been idle, even for two days.

Not to pay much attention to a little corrosion

Cars are made of metal, and metal tends to rust. Do you think that a small area of corrosion does not affect the driving characteristics of the car? It certainly does, but it affects something else.

It is known that big problems begin with small ones. If there is rust in the place of a small chipped paint coating, then, if it is ignored, over time, the area will increase. Next, the corrosion will go deeper, destroying the structure of the metal. You’ll end up with a hole.

So as soon as you find a small damage, scratch or chip, be sure to clean up and paint the area. The paint coating will deter corrosion.

Driving on a small supply of fuel

Situations on the road can be different. Sometimes, it seems that the remaining fuel in the tank is enough to get to the right point. But some road circumstances increase fuel consumption. And here gasoline is already at zero, and still go and go!

And it’s not even that you won’t make it to the nearest gas station and will be begging the oncoming drivers to share their fuel with you. The gasoline pump in the tank is cooled by the gasoline. When the tank is empty, the pump overheats and wears out quickly.

In addition, debris enters the space free of combustible liquid: during refueling, in the form of rust, from low-quality gasoline.

Typically, novice drivers, and some seasoned ones too, change engine oil only when they are desperately signaled to do so by the “Check Engine” on the dashboard. If there is no oil in the powertrain, “oil starvation” begins. And if the oil is not changed in time, it can turn into a viscous black liquid, which is absolutely non-functional.

Besides engine oil, transmission fluids, power steering fluid and brake fluid are also used in a car. For some reason, people often forget about them, and then wonder why the gearbox cracks, why the steering wheel twists with such a strain, why the brakes do not respond to the pedal.

Drivers who leave their cars in the wrong place, not following parking rules, cause a lot of inconvenience to other motorists who simply have nowhere to stand, and even to pedestrians, if they park on the sidewalks. You need to think not only about your own convenience, but also about the convenience of other road users. Let’s be civil to each other!

You should wash your car at any time of year: in summer, autumn, winter and spring, as long as it gets dirty. Dirt damages the paintwork or changes its color because it contains chemicals. The chemicals that are used to clean winter roads are just that.

And the “clean” dirt itself has a negative impact on the paint coating and metal. So you should wash your car at least twice a month, even if it rains the whole time.

Don’t flash your headlights to let other drivers pass

Of course, such actions are not regulated by rules. Moreover, forty years ago, blinking lights meant exactly the opposite: if you blinked, it means, they are not going to pass.

But times have changed. If you see a car poking its nose timidly out of the alley, flash the lights to say you’ll let it pass. Then this driver will let the other one pass, and everyone will be fine.

By the way, flashing lights are not forbidden by the rules, unlike the sound signals. And we often honk to drivers, instead of letting them pass, showing that we are not going to yield. It is not necessary to do so!

The driver’s seat is not just the seat, but also the steering wheel, mirrors, and other components. And they all have to be adjusted correctly! If you sit too far away, it’s difficult to reach the controls of the car, and if you’re too close, it’s inconvenient to make sharp maneuvers in critical situations.

It is important to adjust the angle of the steering wheel correctly so that the back, shoulders and arms don’t get bogged down on long journeys.

Physical fatigue is a huge risk for an accident! All elements of a driving place should be adjusted so that it is comfortable, and to have time to react quickly to road conditions.

Incorrect distribution of cargo in the vehicle

This problem is acutely felt in large vehicles with a large luggage compartment: pickup trucks, parkettes, etc. The maneuverability of the vehicle is designed on the basis of an even load of passengers and cargo.

If you drive without passengers and have a ton of bricks in the luggage compartment, the center of gravity shifts to the back of the car. It is fraught with the fact that the car will lose control when making sharp maneuvers. Also the uneven load contributes to the fast wear of the running gear, as it is also designed for equal distribution of cargo over the whole area.

Do not warm up the engine before driving

This is usually a sin for drivers in warm regions, where winter temperatures rarely fall below -10 degrees. But even at zero temperature warming up the car engine is necessary. At least for some minutes! Let the engine reach operating temperatures! The insufficiently warmed engine may simply seize up because of the temperature difference, and you will have to call a tow truck.

The functionality of the oil, which does not lose its properties down to -30 degrees, is not an indicator in this situation. If you are late and there is no time for warming up, drive slowly at low rpm at least at first. Only when the internal combustion engine will reach the working temperature, you can increase the speed.

On regulated crossroads usually all motorists behave according to traffic rules. But on unregulated intersections, the common rules of driving ethics come into effect: you have to let those who are on the right, you cannot cut off, stop in inappropriate places, blocking the way for others and creating traffic jams.

Motorists don’t like “speed bumps”, especially if they represent chaotically heaped asphalt hill. But here already questions to road builders. If you do not want your suspension to suffer, you may simply pass them at low speed.

By the way, it is not an option to pass similar road obstacles at a smaller angle, changing a line to the right. So you decrease a load only on the right side of the car, but it remains on the left one. Besides, by such maneuvers you mislead the drivers of cars following behind. Or you can knock down the cyclist riding on the right, who was not expecting such a maneuver, and therefore did not reduce speed. Do you need it?

If it was raining in the evening, and frost hit during the night, you will find the doors unopened in the morning. But you don’t want to pour hot water over them! Because of sharp temperature drops the metal expands, and this leads to cracking of the paint coating and even to the destruction of the structure. And if you pour hot water (even not boiling water) over icy windshield, it can crack!

So what to do? Try to get in through another door (situations when all doors are frozen are very rare), or even through the trunk. Get to the heater and turn it on. And then wait until the car is warmed up and you can open all the doors without any problems. By the way, and the windshield will “freeze”.

When a car starts to change a lane, they say that the driver “plays checkers”. At the same time, more often than not, “checkers” do not use turn signals. Such behavior strongly stresses other motorists.

If you – the same “draughtsman”, then think about why you do it. Do you want to overtake everyone and be the first? But all the same at the next light other cars will catch up with you. And you will stand together!

Driver fatigue is a very dangerous factor. Many non-professionals treat sleep in a paternalistic way. They brag: “yes I can not sleep for days”, “yes I can drive 2,000 kilometers without sleep”!

But the pros know that sleep is a tricky thing. You can’t do without it! It can strike at the most inopportune moment, and you won’t notice how your eyes close. So, if you feel tired, park and sleep for at least half an hour. And only after that you can drive on.

If you make the above mistakes automatically or out of ignorance, we hope our article was useful for you.