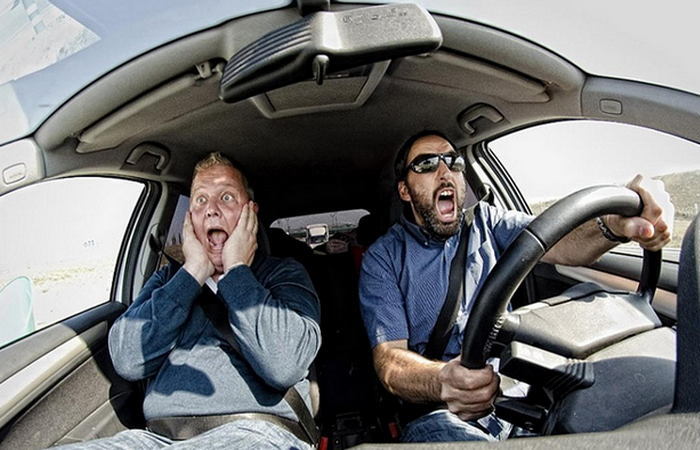 Your car’s brakes should always be in good condition. To do this, they should be properly cared for. However, anything can happen in life. Sooner or later with each driver can happen that, for whatever reason, the brakes of his car refuse to fulfill their direct obligations. How to quickly and effectively stop the car in such a situation?

Brakes can fail for a variety of reasons. Most often this happens because the brake fluid is not properly supplied to the unit, it is too old or does not meet the technical parameters of car brakes at all. In addition, the cause of the failure may lie in the improper adjustment of braking force, caliper failure, lack of tightness in the brake system. However, when the brakes break at full speed – all this is no longer important. The only thing that really matters in such a situation is the ways of its resolution.

Important: it is not uncommon for the brakes to fail temporarily because air has entered the system. If the situation allows, you should first try to “pump” the pedal by pressing and releasing it several times. Also, if the pedal does not press at all, there is a chance that a foreign object got under it. If neither is our case, we should move on to really drastic measures.

The first method is the transmission

The most effective and safe way to stop a car without using the brakes. Its essence is very simple – gradually lowering the gear. It is not necessary to press on the gas, so as not to increase revolutions. The tachometer pointer must be in the working zone. Also in no case one should not sharply switch at high speed at once to the first or second gear. Such action is guaranteed to end with tragedy and overturning of a car.

If automat is used in a car, you should switch it to a manual mode and do the same.

This method can be used only at low speed of the car! Already at 40 km/h, an attempt to brake with “handbrake” would result in skidding and flipping a car. Besides, even at low speed, you should make sure that the car’s wheels are straight before using the parking brake to slow down.

The third way is an obstacle

Numerous obstacles on the road may help you to reduce speed. For example, pulling over on the snow-covered roadside, rubbing the wheels on the curb, in the most extreme case – rubbing against standing cars without people. This method of braking is an emergency and is used only in situations where complete inaction is guaranteed to lead to even worse consequences. It should also be remembered that in a collision (collision with) an obstacle, the car can change the direction of travel!

Bottom line: driver, remember! The car is a source of increased risk. Regular maintenance will help protect yourself and others from brake problems.