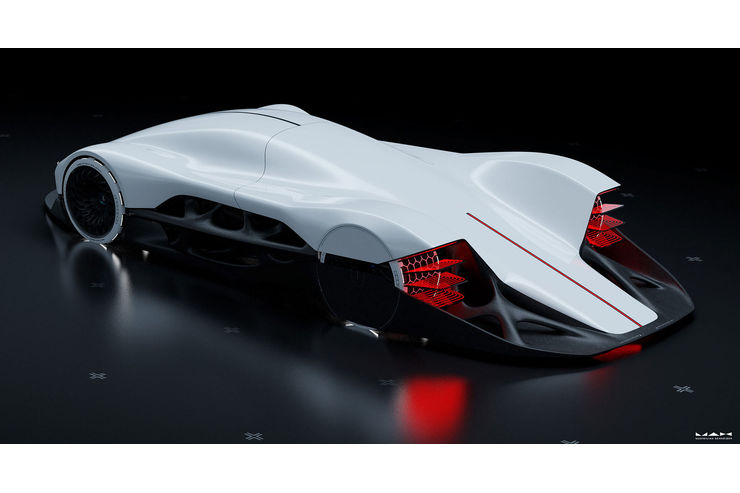 Electric sports car manufacturer Rimac asked its fans to design an electric sports car for the year 2080. The winner of the design competition, the Rimac Scalatan by Maximilian Schneider, has now been announced.

In April 2020, Rimac had called for a design competition via its Instagram channel. The competition was looking for a design of a Rimac sports car for the year 2080. The only requirement was that the form must follow the function. Designs could be submitted to Rimac until May 17, 2020 – several thousand designers accepted the challenge. Now the winner of the challenge has been chosen. And the Rimac Scalatan designed by Maximilian Schneider is truly spectacular.

Made in a 3D printer

Rimac Scalatan Vision 2080 is what Maximilian Schneider calls his winning design, which he also presents extensively on his Instagram account and on Behance. The Scalatan is based on a 3D-printed titanium chassis that looks like an organically grown skeleton and that integrates the Li-O2 battery cells into its structure. A body shell made of extremely lightweight graphene is slipped over it. A nano-surface optimizes the aerodynamic properties. However, the main downforce load is borne by a specially shaped underbody component with active air control elements. Equipped with a memory effect, it can withstand even minor damage. The underbody is also responsible for charging the batteries – by induction via solar modules laid in the road (we’re talking about the year 2080). Overall, the Scalatan ducks extremely low to the road. The passenger compartment has been moved far forward, while the rear stretches extremely far back. Access is via a folding front. There are no windows – in the future, people will drive autonomously. For the curious, however, the body can be switched to transparent. 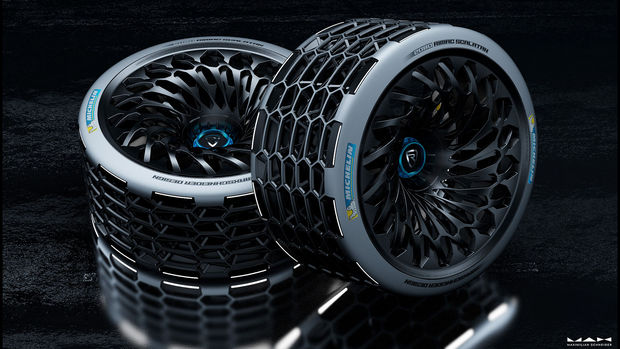 The wheels are also created using 3D printing. The multi-part design combines rim and tire in a single component. Nanotube grip elements are inserted into the perforated treads, which are activated by sensors or remain hidden depending on the adhesion requirements.

The front of the Scalatan features extremely flat LED headlight slits. The rear lights, which have been integrated into four illuminated panels directly behind the rear wheels, are spectacular.

The drive concept features four wheel hub electric motors with a combined 3,100 hp. Weighing just 940 kilograms, the Scarlatan is a real rocket that lives up to the Rimac name. Now it’s just a matter of waiting another 60 years.

By the way: Maximilian Schneider’s victory in the Design Challenge won him an invitation to Rimac in Croatia, where he can discuss his design at length with the Rimac designers.