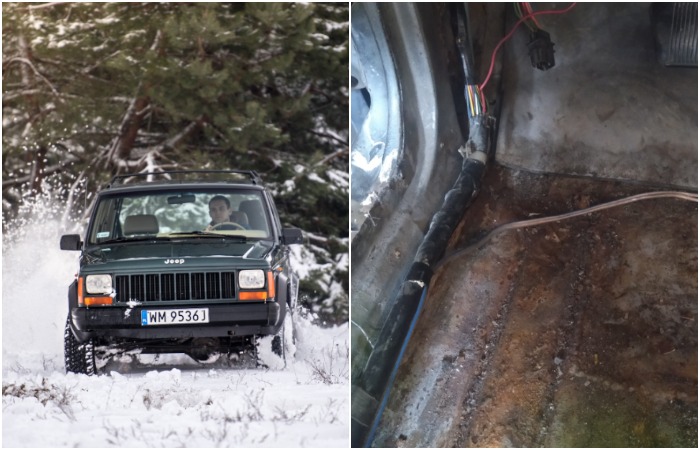 No one is immune from mistakes, and car manufacturing is no exception in this regard. Even the most prestigious automobile brand, famous for the quality and safety of its models, can not fully guarantee that all components will be absolutely reliable. That is why in the history of many automobile concerns there are such unpleasant pages. Here are “four” examples of design flaws of automobile brands’ engineers.

In the early nineties of the last century in Germany, there was a trend of “green” laws, and one of them stated that cars should be equipped with self-degradable elements. Mercedes-Benz stood out in this regard, which between 1991 and 1995 began installing self-degrading wiring insulation on all of its models. Only it turned out, that it decays not so much in the ground, as in the car itself while heating. Of course, it began to rot after years of operation, even after the end of the warranty, but it has led to the fact that the owners of these machines had to pay a lot of money for the replacement of wires.

In the same nineties, General Motors has made one of the most expensive mistakes in its history. It suddenly turned out to be use of Dex-Cool antifreeze. According to official characteristics, this substance is compatible with other types of coolants, which doesn’t prevent it from serving up to five years or 150 thousand miles. But in reality, much earlier, Dex-Cool was transformed into a mushy substance, which quickly clogged the radiators and most of the bottlenecks in the cooling system. The mistake cost the concern dearly: they had to carry out a massive recall of vehicles.

This unpleasant story happened in 2012 when there was a new generation of Toyota Camry. As in the case with the Germans from the nineties, the trend for “green” use, in this case – painting with environmentally friendly, water-soluble paint, was unsuccessful. Rather quickly it was found out that it flew off even after visiting a car wash, and as a result a business sedan was covered with chips literally for a couple of years, and then the whole thing also rusted. This time, however, the brand didn’t go for a recall of the model lot, but simply offered to cover the cars with additional protection.

The famous cross-country vehicle with a cross-country body was positioned with power and high cross-country ability. It turned out that the joints of roof supports and pillars were not strong enough, which caused the formation of microcracks. In some cases the metal was even torn, but the process was quite secret for the owner, and only when the body was not badly rusted did it become obvious. Another design fault of the truck was the catalytic converter which was placed too close to the floor – it heated the metal, and when water got there, it cooled down abruptly. The result was cracks and rust, and many Cherokee XJs 10 years later had rotten floor near the front passenger seat legs.