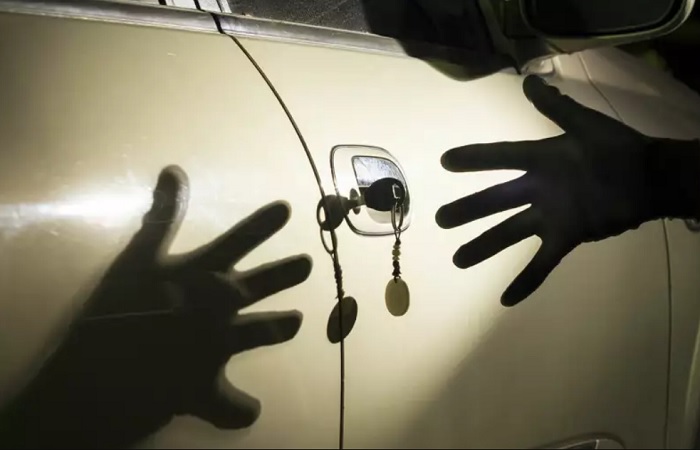 Ever since cars were invented, there have been people looking to steal them. For a while, the long process of starting the engine and the paucity of civilian vehicles made theft difficult, but when cars became easier to start and mass-produced, they began to be stolen regularly.

Today’s cars are better protected than ever before, but some models still require minimal effort to be stolen.

There were quite a few cars in the danger zone, but the least protected models were five.

The vast majority of popular budget models lack comprehensive theft protection, including the Sandero. In an effort to make cars as accessible as possible and simplify the operation/maintenance, Renault has saved not only on it, but also on the entire family, including various types of Logans, compact crossover Duster, “heel” Docker, etc. All of them are stolen in a short time with a minimum set of tools.

Bonnet/windows/doors are not strongly resistant to unlawful opening with improvised means, and poorly protected key components such as CU, diagnostic connector and ignition switch can easily bypass the immobilizer, start the engine and drive away.

The vital circuits of Logan are also not difficult to reach. Poorly protected from the introduction of jumpers and third-party chips, they remain vulnerable to competently trained attackers.

The immobilizer is pretty good, but does not exclude the possibility of bypassing the native settings. Electric locks are broken into by cheap Chinese devices; what resists electronic action is hacked by conventional vandalism.

However, the owners of Logans are usually well aware of the gaps in the protection of their cars and save their own inventions: for example, a combination of non-standard engine locks with a variety of design “secrets” and reliable security alarm system.

They say that the most difficult thing about stealing a Vesta is to drive away without breaking down in the middle of the road. Modern Lada does not shine with fail-safety, but they break and start in seconds, so the thieves do not feel much discomfort at the start.

The manufacturer uses unreliable, outdated door/bonnet lock mechanisms, and the car can be unlocked with a simple stiff wire (like a hook from a coat hanger). Immobilizer, with some technical savvy can be easily disabled, and “Glonass” is neutralized by jammers and a hammer. All that remains is not to be broken during the escape.

According to statistics, 90% of owners of Granta do not use additional security systems other than the regular alarm system, the simplest immobilizer and steering lock. The first does not react to a blow and movement, the second is easily deactivated by a third-party ECU and other such tricks, the fragile latch of the third breaks a sharp turn of the steering wheel.

To all other things, the simplest versions of the “advanced security systems” only have immobilizer, and it often requires aftermarket activation, which the happy buyers simply forget. Add to this the unreliable lock cases, made of malleable metal, fragile glasses and other “charms” of budget automobile production.

Many car owners on forums assure that the latest versions of Nissan Qashqai are not badly protected, and the thieves often bypass them, looking for easier prey. But in the report of VSS analysts, who have evaluated difficulty of unauthorized entry into different cars, Qashqai with its 82 points out of 280 possible was not much better than Sandero, Logan and Vesta.

Why modern cars are so easy to steal

Nowadays, the lion’s share of security is provided by electronics and software, and if a thief has the necessary knowledge and equipment, stealing a car becomes easier, not harder.

The very smart technology that was supposed to make cars safer has actually made life easier for criminals. While it used to take professionals more than two and a half minutes to break a window, break a steering wheel lock and unlock a car, modern technology with the right equipment can be stolen in just 10 seconds without breaking anything. Thieves no longer have to overcome a lot of physical obstacles to gain access to a new car. In fact, if you gave them the option of going back to the car security systems of 20 years ago instead of today’s electronic protections, they would unanimously vote to use modern technology.