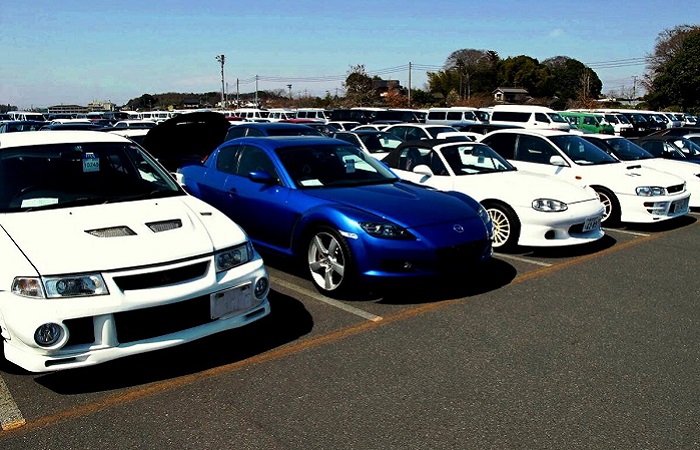 Japanese car brands are known and respected all over the world – not only for their involvement in the production of passenger cars, but also for their other activities. A lot is changing, globalization is progressing, and yet Japanese cars stand out from the crowd.

Cars from Japan are considered to be extremely durable, reliable and trouble-free. An added advantage is that there is not much loss in value after a few years of ownership and easy resale.

After the end of World War II, the Japanese authorities made a choice in favor of science and technology – and it certainly justified itself. However, the beginnings of motorization in the Country of the Rising Sun can be traced even deeper – since 1917. Exactly then was created Mitsubishi Model A, which is considered the first ever serial Japanese car (conditionally serial in our understanding, because only 22 copies based on one of Fiat of that time were made).

Today the range of models of Japanese origin is very wide. Stylish design, sturdy construction, the latest technology, comfortable ride and other advantages of Japanese cars make them popular not only at home, but also in Europe and North America.

Mass export of Toyota products to Africa is also a vivid example. The legendary reliability of models with a long history, such as the Land Cruiser, Hilux and Corolla, has certainly played a role here.

In Europe, the competition on the automotive market is fierce, so it is not easy for the “Japanese” there. They are selling well, but taking into account the data of 2021 the priority was given to the children of Volkswagen, which sold 1.27 million cars. Peugeot took the second place (724,000 units sold) and Toyota got only the third place (712,000). In any case, it is an excellent result too.

Motorists appreciate Japanese cars, especially for their durability, reliability and convenience in daily use, and willingly purchase them even from the secondary market. It’s enough to look around – with the naked eye it’s obvious that we have enough Toyota, Honda, Suzuki, Nissan and Mazda.

Here are some of the most remarkable models, which, according to the Association of European Businesses, are of great interest.

Toyota is in the lead

No wonder that the title of the most popular Japanese brand goes to Toyota. Apparently attractive cars of this brand and, most importantly, their uncompromising reliability are loved for a long time.

For a long history of the brand many innovative and cult models were created, including compact Corolla, practical Highlander, all-terrain Land Cruiser, sport Celica and Supra, economic Prius and Yaris. On our roads, one can see representatives of almost all popular segments – from small city Aygo to mighty RAV4. The latter has become a champion on the car market: its sales for the first half of 2022 were 7,569 units.

Nissan catches up with the king

The next shining player in the most popular Japanese car market is the well-known Qashqai (5,528 units sold between January and June 2022). It is not 100% Japanese – it was created in partnership with the French concern Renault.

Some consider this a key drawback of the model, which suffers from certain problems related to the suspension and fast wear and tear of the steering mechanism. However, the negativity mostly concerns instances of the first years of production and is effectively compensated by the available prices for spare parts.

Mazda in the top three

There are many Mazda’s on the roads, including the stylish RX-8, the dynamic Three and the unusually graceful Six. But statistics show that the CX-5 (5,135 units sold), a compact, comfortable and attractive-looking crossover in a semi-sports version, enjoys the most favor of buyers.

The disadvantage of many Mazda models is still poor corrosion protection, but the cars produced today are much more resistant to rust than their predecessors.

Fourth most popular on the roads is the people’s favorite Camry, which has enjoyed unabated success for a number of generations. Its modest, but very cute design, great running characteristics and ease of movement in cramped urban conditions car enthusiasts appreciated. In addition, it also does not lose value quickly, which is very happy owners when reselling.

Nissan has never been afraid to go against the flow, deviating from Japanese traditions and using someone else’s experience to its advantage. The influence of Renault can be seen in many of its technical solutions for the unification of models – from Micra, Juke and Leaf to GT-R and Qashqai.

The current X-Trail SUV compacts are like that, too. The combination of east craftsmanship and western pragmatism largely promoted popularization of the fashionable crossover, which closes the top five.