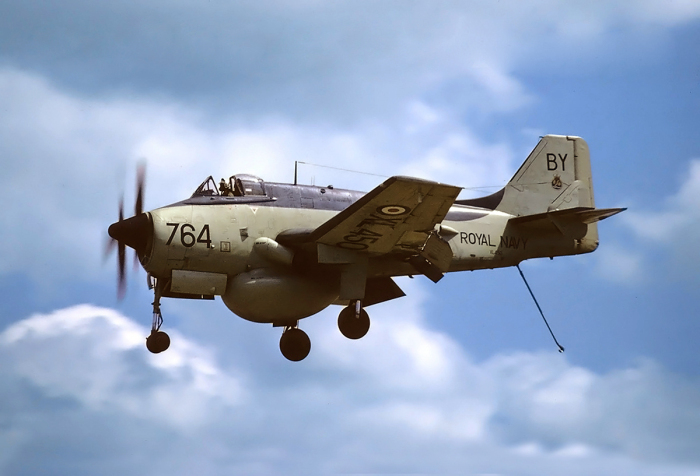 Have you ever wondered why most airplanes actually look like two peas in a pod? Of course, it’s all about the laws of physics, which dictate the peculiarities of design. However, even so, from time to time very strange machines appear in the aviation business. Today it’s time to look back at just a few of these.

One of the strangest planes in the history of mankind. The fighting machine was developed by the American firm North American, based on the P-51 Mustang. It was designed as a two-seat plane for escorting long-range bombers. One pilot was subjected to heavy loads in long-range raids, and therefore a machine was needed that would allow a crew of two in the fighter. The F-82 did not take part in World War II. Instead of the initial order of 500 machines, almost half as many were built. It was only able to fight the “Twin Mustang” in Korea.

This military aircraft with a very strange nose was developed on the basis of the civilian model BN-2T Islander under the ASTOR program. Those who are interested in military subjects can already guess why the Defender has such an unusual nose. Certainly, the point is that it is equipped with a radar unit. Though seemingly simple, it was not so easy to build this airplane. A serious problem for the authors of this creation was balancing the machine.

A British tactical transport built after World War II. At least the appearance of “Beverley” suggests that in designing the plane the experience of German aircraft designers was taken into account. In particular, the prototype might have been the equally bizarre German Me 321. The bizarre and bumpy plane did not remain in service for long. The B-101s did not fly until 1967.

At first glance at this Swedish fighter jet, one might want to ask, what sci-fi movie did it escape from? Despite its outward resemblance to a kite, the Draken is quite a production machine. Moreover, it was used by the Swedish Air Force and a number of other countries until recently. Withdraw from service and replace it with a more modern fighting machines 35th began only in 2005. The total production run was 612 fighters.

It might not be easy to suspect this winged machine to be an anti-submarine aircraft. However, this is exactly the purpose for which the Fairey Gannet was created at one time. The machine was used from 1955 to 1978. It was not produced so much – 348 units. At the end of its career the bizarre “tubby” was used, including as a radar detection and aiming vehicle.