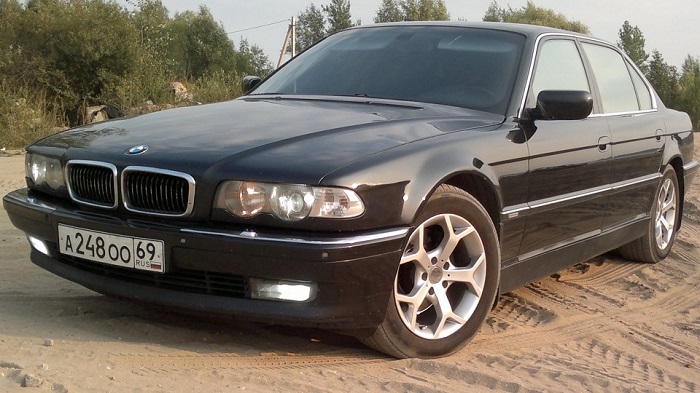 There are passionate fans of the BMW brand in every corner of the world. Bavarian automakers worked for decades to make a name for themselves. Thanks to them, countless cars and motorcycles made an indelible impression on the market.

Today, we’ve gathered for you six cool BMWs from the 1980s, a period when some of the best cars of their time were built. Most of us remember these models well, some even from personal experience.

Of course, the M1 was and always will be a legend. Giugiaro design, fiberglass-reinforced plastic body, only 1.14 meters high, 277 hp, over 260 km/h: in 1978 this “rocket” cost exactly 100,000 marks. But the competition version with 470 hp and a monstrous rear wing was even hotter. With it, the M1 series had an impressive showing in the Pro Car category, specifically created before the “big European races” in 1979/80.

The M1, with its origins in the bosom of Motorsport GmbH, founded in 1972, became a symbol of the brand’s racing genes. From the pre-war successes of the 328 to the turbulent ‘noughties’ era, the white and blue roots run deep in the uncompromising world of track racing.

The high-performance models of many series with the letter “M” in the name are still closely associated with racing to this day.

In 1982, a new generation of the 3 Series appeared, the E30. A stylistic evolution of the previous E21 series, but more balanced. Compact dimensions, slim, proportional silhouette, solid interior with a tilted to the driver’s side console, classic drive system…

Throughout its life, the model has been repeatedly modernized, and by choosing year of manufacture, body color and type, upholstery and accessories, it was possible to balance between elegant and luxurious, sporty and aggressive performance. Comfortable and powerful cars with sporty character impressed with everything from the variety of versions to agile engines that were quick to pick up.

Not surprisingly, this model soon became a sales hit and actually laid the foundation for the M3 legend. Light, nimble car rushed forward like a professional soccer player, playfully overcame tight corners and maneuvered gracefully. No wonder it is called the genetic father of all sports BMWs, if you omit the 328 from the pre-war period.

In 1985, the company ventured to transplant the engine of the limited-edition M1 sports car into the old 5-Series. In the original M5, the six-cylinder engine developed 286 hp. At the time, 245 km/h in a luxury sedan was a sensation. Concentrated power and luxury in one package.

It’s hard to imagine today, but in the mid-1980s, the twelve-cylinder engine in a production sedan created a sensation. The public went wild when, ten months after the second-generation 7 Series was launched at the 1987 Geneva Motor Show, the Bavarians unveiled the Seven with a perfectly harmonized V12: five liters of displacement, 300 horsepower, running smoothly and purring like a cat.

According to the brand’s archive, sales staff registered over 3,000 pre-orders even before the official premiere.

Another new feature was that the top speed was limited to 250 instead of the possible 270 km/h (by agreement with other manufacturers and taking into account the tire technology of the time). But this did nothing to reduce the tenacity with which Munich continued to squeeze its arch rival from Stuttgart.

With the updated E32 lineup, the Bavarian company finally reached the level of Mercedes luxury products: henceforth, every S-Class was compared to the 7 Series and vice versa. In the “richest” version, the BMW limousine had a telephone and refrigerator on board.

At the end of the 1980s, the Z1, one of the most daring BMWs of all time, was created on the basis of the 3 Series. The author of the unusual design was Harm Lagay, who was later responsible for the Porsche 911 (996) with its characteristic headlights-eyes and liquid-cooled engine.

A unique solution in the 170 hp Z1 was the retractable doors going into the side panels: this way, while maintaining sufficient body rigidity during driving, a more open communication with the outside world was achieved.

In the late 1980s, BMW had to respond to the enormous popularity of the VW Golf. Thus was born the least expensive version of the then 3-Series – the 318iS E30. Four-valve technology, previously used only in M-engines and introduced for the first time in a large series production, made it absolutely unique.

The model, produced from 1989 to 1992, became very popular among fans of the Bavarian brand. First registered on the market, it cost about 32,000 German marks. Today, if you’re lucky, you can find one of the few rust-free, high-mileage examples for around 10,000 euros.