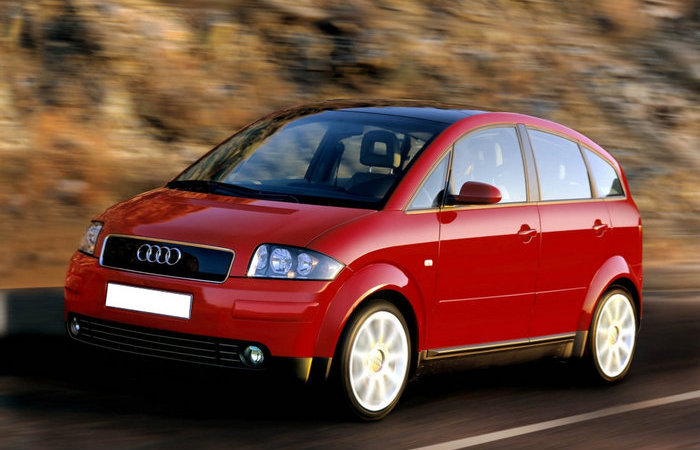 German is quality. That is the association that most people have when it comes to cars. However, not everything is perfect and not always at German manufacturers. History knows a lot of models, which never justified itself, despite all efforts of designers and sellers. However, even among them you can choose the most bright and interesting examples.

There was no special interest to this car from the buyers in the 1990s. Maybe because it turned out to be a slightly modified version of the 944. Too high price and frankly controversial design scared away potential buyers. Even Japanese coupes of that epoch appeared more attractive than Porsche…

A vivid illustration to the thesis that the best is the enemy of the good. And that it is not always good. Audi A2 was a great car: a lot of excellent technical solutions, innovative approach in design, high ergonomics and good equipment. Trouble A2 had only one – an exorbitant price for its class.

Bold decisions are far from always admirable. Especially when it comes to car design. At one time, Mercedes-Benz tried to expand its presence in the premium market with… a premium minivan. Surprisingly, but for some time there was even demand for the car. True, then it was also quickly forgotten.

Another automotive adventure. At one time, Volkswagen’s early successes in the premium segment forced the designers to think about creating an expensive sedan. The car was flawless, but for some reason it was a market failure. Perhaps the model should not have been named after a hero of ancient Greek mythology who died in an accident…

A real fiasco, the fall of the eagle and the falcon, the battle of Borodino. German brand tried to release its own pickup. Only despite of the most powerful advertizing campaign, it was impossible to win real popularity of the X-Class. Probably the reason is that the truck is terribly similar to Nissan Navara.