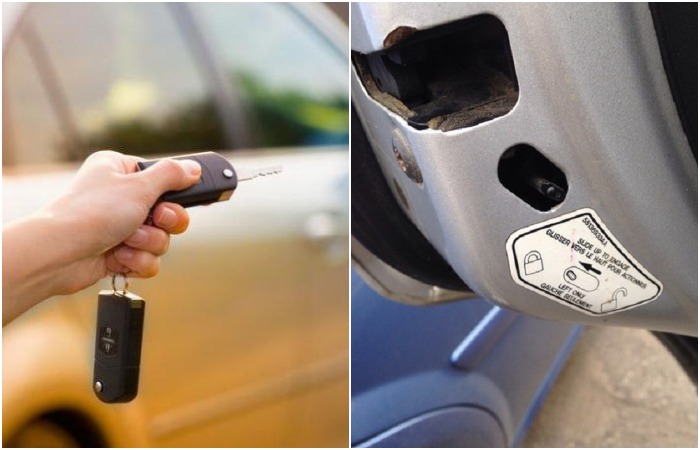 Everyone knows that skill and knowledge come with experience. And driving a car in this respect is no exception. Today’s motorists, especially those who drive for many years, know a lot of tricks and gimmicks, which seem to be little things, but greatly simplify life. Here are “seven” simple but effective car tips that every experienced driver knows.

It happens so that you have changed your car, and you still don’t remember the exact location of the filler neck in the new car. Or you can get confused in the case of a rental car. In order not to rush around the car in search of the correct location of the cherished hatch, just look at the arrow on the fuel level indicator.

Multifunctionality of the turn signal lever

In principle, the functionality of modern cars is far greater than it used to be. And turn signals are no exception to this trend. For example, in many cars works the following tiphak: if lightly touch the turn signal lever, the car blinks exactly three times, which will signal other drivers desire to readjust.

Today almost in every modern car there is an air conditioner and a glove compartment. But only few people know that many models allow forming surprisingly useful tandem of these two elements of car interior. Thus, it is enough to open the plug of a glove compartment with one movement to start cold air flow inside the glove compartment. As a result, you get a sort of mini-fridge for keeping drinks cool in a car, for example.

Often parents worry that children can get too playful in the back seat of the car and accidentally open the door. Therefore, drivers resort to the use of the so-called child lock, which is located in the end of the door. Once the mechanism is activated, the door can only be opened from the outside.

Ensuring the safety of children is also necessary when children ride in the passenger seat. Thus, experienced motorists know that before installing a child seat in the front, it is necessary to disable the functioning of the corresponding airbag. A special lock designed for this purpose is often located either in the glove compartment or on the end side of the torpedo.

Sun visor is often used from the sun’s rays through the windshield. However, in fact, the same gadget will also help when it is necessary to close the side window from the sun. To do this, simply pull the visor toward you, which will release the catch, and then you just need to adjust its position as desired.

Hidden key inside the car keychain

It happens that everyday worries or banal forgetfulness does not allow time to replace the battery in the keychain from the car. As a result, the standard mechanism of the car door does not open. To solve the problem without frantically searching for a new source of power, you just need to remember the key with a sting, which is hidden inside each key fob and one movement from there if necessary is taken out.