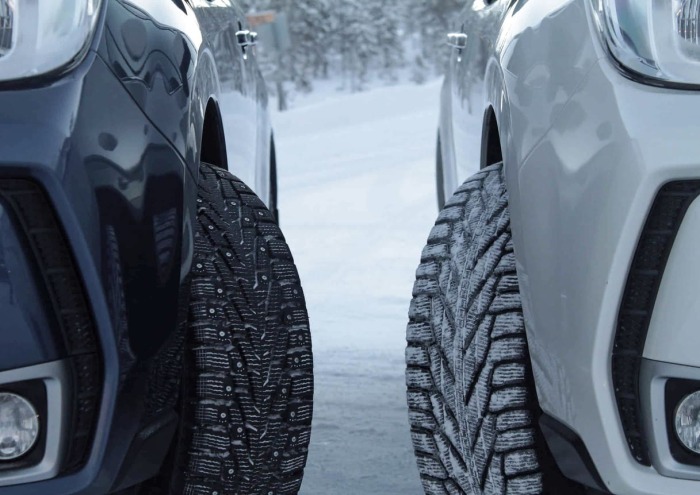 Every year motorists are forced to change their tires. With the approach of cold weather their favorite “swallow” should be changed into winter tires. This case is tedious and very expensive. For this reason a lot of stubborn myths and misconceptions were formed around winter tires. Many of them are not only naive, but also harmful. Driving in winter with summer tires on wheels in our latitudes will not end well.

Experience is important, not a type of rubber

Driving experience really does play a huge role in the management of the vehicle. However, contrary to popular misconceptions is by no means a panacea for all ills. To paraphrase the well-known proverb about a good word and a gun, we remind you that you can do much more than just a strong hand and the right rubber on occasion. Numerous tales of dashing “veteran” drivers are not the rule, but the mistake of surviving or not going to jail.

In the European Union, winter tires are forbidden at all

Quite a popular nonsense, which nevertheless managed to spread widely thanks to the Internet. In fact, winter tires are not banned in the EU. In some states of the Commonwealth, studded tires are banned, but not winter tires. Moreover, if such countries have mountainous regions, there is often a sign at their entrance prohibiting parking without chains. If we talk about the countries of Northern Europe, in particular Scandinavia, there winter tires in the appropriate season is not just allowed, but obligatory.

The all-wheel drive can do without winter tires

Extremely dangerous misconception. Yes, a four-wheel drive car can most likely accelerate normally on a snowy or frozen road without winter tires. However, what about the drivability of such vehicle? So, steerability of the four-wheel drive without “winter” will be not simply disgusting, but downright dangerous. First of all it will concern such important thing, as braking, which directly depends not only on type, but also on quality and current condition of rubber.

It is better to take wider tires for winter

Tests performed regularly by various car magazines visually demonstrate, that wide tires are the worst on winter roads. The most unfortunate thing is when driving on ice. In general, you may lose all controllability there with a wide tire… If you believe the tests, the best behavior is standard width tires. You should also not use a narrow tire. It behaves well on ice, but it starts to drift away when driving on snow.

Installing Tires on One Axle

There are a whole series of dangerous misconceptions that ultimately boil down to the fact that you can only put winter tires on one axle. Most often this is suggested out of principle: if you don’t have the money, it’s better to buy and put a couple of cool tires than four mediocre ones. In fact, if you do not have extra money, it is better to buy a budget winter tires, but on all four wheels than expensive, but only on two. Installing winter tires on only one axle is guaranteed to end up with regular skidding.

Spikes are useless on ice in severe frost

There’s a popular misconception about studded winter tires and their behavior on ice. In fact, nothing like that happens to tires. Even in the most severe frosts, spikes on tires (here’s a surprise!) continue to work as spikes… Feel free to put them on, if you need them.

You can drive on good winter tires all year round.

Summer and winter tires differ not only by tread pattern, but also by rubber composition. So, summer rubber begins to rapidly lose its quality already at plus 5-7 degrees Celsius. All the same happens with winter tires. They start losing their qualities at plus 7-10 degrees Celsius.