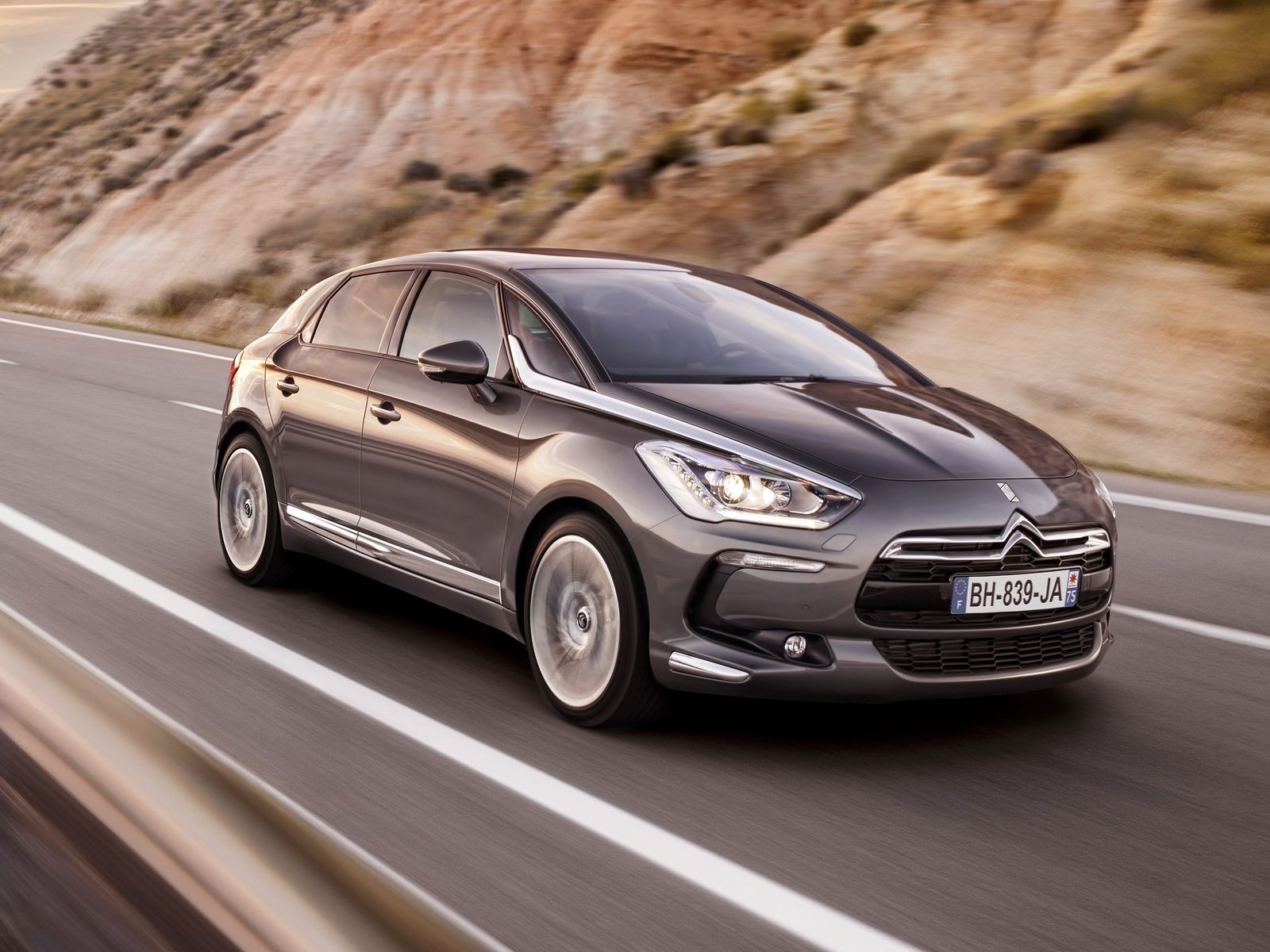 In Russia, there are not many people who can afford to choose a car with their heart. And the word “afford” is not always related to finances – often the reason for refusing a desirable car is public opinion. And if to multiply the notions “beautiful cars” and “public dislike”, we get the word “France”. Exactly the French, honour and praise them, not only constantly prove to the world that they can create a bright, original and elegant design, but also dare to put it into a series. And, unfortunately, the same French regularly suffer from their courage. In fact, motorists fall in love with beautiful ones, and marry reliable ones… However, if you are ready to disregard stereotypes, public opinion and some technical difficulties, buying really effective car, Citroen DS5 will definitely appear in the list of variants. By today’s standards, the prices for these not yet old cars are quite tangible: according to our colleagues from Avito Avto, the market low starts from 750 thousand rubles, and they ask a little less than a million for well-groomed copies. So, is it possible to buy a Frenchman with a pretension to a premium for 900 thousand rubles and not to regret?

Actually, the question about purchase of Citroen DS5 is not even necessary: it is not a car, but an object on wheels, therefore people either dream about it or do not even think about it. And there are not so many dreamers not only in Russia, but also in the world; therefore the model’s career was short-lived. Appearing in 2011, the DS5 has quickly enough selected wealthy aesthetes and in 3-4 years was almost without buyers by market standards. The bet on China, where even its own production of the model has been established, has not played either. In general, it is not surprising that in 2018 the DS5, which by that time had turned into the DS 5 (the name DS became a brand, and 5 became the designation of the model), finally left the market and did not receive a successor. The market life in Russia appeared even shorter. The Citroen came to us at the beginning of 2012 at a price from 1,1 to 1,5 million rubles, and in 2015 dealers already sold out the rest from warehouses, not expecting new deliveries. In total, the model has been with us for three years, during which just over a thousand cars were sold – while in 2012-2013 sales were still in the hundreds, in 2014 there were less than a hundred buyers. Not surprisingly, there are very few offers for sale: at the time of writing there were only 16 cars for sale on Avito. What awaits those who are ripe to fulfill their dream of buying a DS5?

Despite the fact that the age of cars is approaching the mark of 10 years, the body of cars which have never been in serious accidents, is preserved quite decently. The galvanization and the simple fact that “casual” people rarely buy these cars, and enthusiasts invest in maintenance as much as possible. Speaking about serious traffic accidents: the chances to encounter the car restored after total are not very high here: the complexity of body shapes complicates repair, the high price and rarity of spare parts makes restoration impractical, and the low liquidity of the model finally makes such an undertaking absurd. So, usually body problems are limited with typical trifles. Chips on the front and doors, paint damage on the edges of wheel arches, incipient “sandblasting” on sills, defects on the rear fenders, paint scuffs on the joints of bumpers and fenders – this is probably the entire list of the most common things potential buyers see. Small clearance makes inspection of underbody for damages and corrosion, and also bumpers for integrity, especially underneath.

It is better to inspect the car carefully, and to get in an accident after purchase is undesirable, because it is expensive. Prices for original components are not the most shocking on the background of many other, rarer cars, but the almost complete absence of non-original substitutes makes the situation difficult. Hood, for example, costs 70 thousand, front fender – from 15, bumper – 15-30 thousand just for the main part, and grilles and fog lights will cost another 20-30. A branded windshield is 20k, and the headlight – 25 for halogen and from 60 for bixenon. A panoramic glass roof in case of damage will demand about 50 thou rubles. In general, it is not surprising that body repair almost always means looking for parts at Polish scrap yards – it’s easier to order a bumper complete with fog lights and other stuff for 50-60 thousand than to try to assemble it in bulk with new parts.

One of the complaints of DS5 buyers was the running gear. First, the hatchback with a claim to a premium status has received “chippy” platform PF2 from Citroen C4 and Peugeot 308 with MacPherson up front and usual twisted beam behind. Yes, the wheelbase was stretched by 12 centimeters, track width – by 5, and the suspension in general was reconfigured specially for the model, but it has not solved general questions to “non-premium”. And secondly, the power and comfort of the suspension on bad roads was insufficient. The modernization of the suspension means the presence of some “unique iron”, not unified with other models of the concern. For example, the front lower levers in form of boomerangs are own here and cost 15 thousand for original and 6-10 thousand for few analogs.

But the most parts are “universal” and therefore are inexpensive and have options of non-original replacement. Front shock absorbers, for example, are inexpensive even in “factory” box – 6-8 thousand, and for comparable money you can buy parts from Bilstein and KYB, and the rear ones are even cheaper. Besides the maintainability of suspension is quite high: you can buy almost all silent blocks separately, ball sockets can be changed separately and are inexpensive, and even consumables like stabilizer bars are cheap. By the way, bad adaptation of the suspension to our roads pushes some owners to large-scale tuning: in particular, the suspension from diesel Citroen C4 Grand Picasso is introduced here. For installation they buy the whole set – supports of struts, shock absorbers, springs, steering joints and rods and little things like stabilizer rods and ball-bearings.

The Citroen’s brakes were also quite conventional. At the front, discs from 283, 302 or 340 mm in diameter were used, but the mechanisms in any case were the simplest, with a floating bracket. The rear brakes can be depending on the engine: they are disc and unventilated in any case, but the gasoline cars used “normal” disks, and diesel cars used “French”, with an integrated hub bearing. However, all this does not critically affect the cost of service: the range of not-original components allows rebuilding brakes without giving up dinner for a month. Everything is also not very difficult in steering, though the amplifier here is not purely hydraulic, but electro-hydraulic. So, it is worth paying attention to steering booster work, and also to check oil condition in system: electric pump is expensive and will cost 50 thousand rubles new, without an opportunity to choose non-original. For the steering rack there are no cheap replacements in the form of reconditioned rack assemblies, but there are repair kits on sale, and you can rebuild the rack if necessary for quite regular money.

In the world DS5 was on sale also with six-gear manual gearbox, but we didn’t experiment with it, and the only variant was automatic TF-70SC from Aisin – younger sister of popular TF-80SC, designed for engines with capacity up to 2 liters. It can be considered quite reliable, although it is rather sensitive to oil purity and temperature, as it should be for a relatively modern automatic. Those who have not listened to maintenance recommendations, changed oil every 40-50 thousand kilometers and drove DS5 sedately, can still have no experience of this box repair. If to add to it the external radiator of cooling, then in theory it is possible to prolong life of automatic transmission up to 250 thousand kilometers, and even more. But the old dirty oil and jostling in traffic jams may result in jerks, hinting at repair, already at 150-200 thousand. So, it is worth to check the box thoroughly, though there is always a possibility to find a “contract” one.

Well and the main stumbling block at the purchase of second-hand Citroen DS5, as it is not difficult to guess, will be the engine. In fact, there were two variants: petrol EP6CDT of Prince family and two-liter diesel DW10. Moreover, diesel cars, which were the most expensive in its time, were in very limited demand, so now when looking for a car they are almost impossible to find, and it is necessary to deal with gasoline engines. The supercharged engine originally made 150 hp, and a year after the start of sales a 200-horsepower version was added. Those who want to study in detail the history of the Prince family, we will traditionally refer to our detailed material, and here we will briefly list the main problems. Among them are not the most reliable chain timing, prone to stretching and skipping, the high operating temperature, coupled with other design features provoking coking coking piston rings and oil consumption, as well as high sensitivity to the purity and quality of the same oil. We told in detail about turbocharged EP6CDT in the article about a choice of related Citroen C4. In general, there are chances for happy future with this motor, but they are not very high and you will almost certainly have to pay for them.

On this background a diesel DW10 which leads the history from the end of the 90th seems more preferable variant. Yes, this is its modern version, there are already expensive direct injection injectors at 20 thousand each and variable geometry turbocharger, which costs 70 thousand new, and one can pay another 70 thousand for a new supercharger. However, the engine life is much more predictable, and it has no serious inborn disadvantages, so if you want not simply “to meet with beauty” but to live with it for a long time, there is a sense to search the diesel car.

And now, having briefly understood what hides under a graceful cover of DS5, it is possible to make a portrait of the optimum car. As it became clear, the main question for the one who wants to buy the modern incarnation of “goddess” (in fact it was the name of original Citroen DS model in its time) will be its alliance with the “Prince”. But you should not give up: there are chances to find a diesel car, though at the moment of writing of this material there were no examples on sale. If you are ready to pay for possession of a rare and beautiful automobile, you can stop on a well-groomed petrol DS5 from an experienced owner. The main thing is that Autoteka confirms the honesty of the mileage, and the diagnostics – the absence of problems. And then let your happiness of possession be not interfered neither by public opinion, nor by possible breakages.