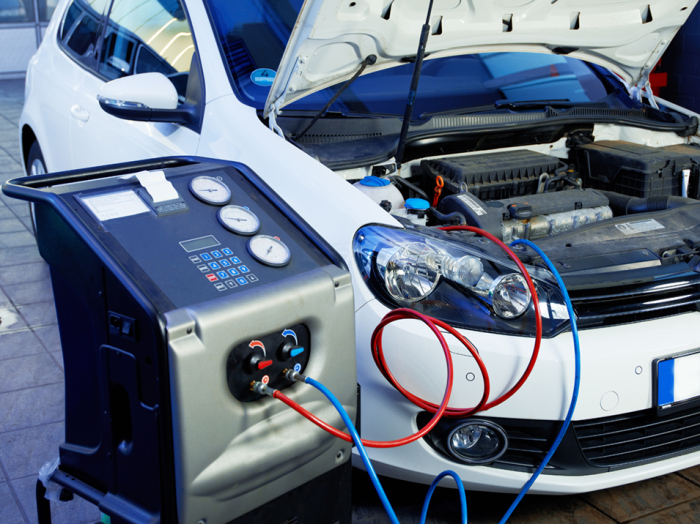 The hot days are just around the corner, which means it’s time to think about your car air conditioner. As any other device, an air conditioner cannot serve a man for ever. However, every separate motorist is able to make the device serve faithfully as long as it is possible. What is necessary to do for this purpose?

How to make sure that air conditioner will serve faithfully throughout the life of the vehicle? In modern cars, the climate system works in automatic mode and is not switched. It means exactly that conditioner is switched on even in winter period. Such decision was chosen by designers not without a reason. It is considered that constant work of climatic system allows avoiding oil stagnation, as a compressor of a conditioner is lubricated with oil similarly to other units of a car. Stagnation of oil is pregnant with oil starvation in the end. In winter the climatic system is switched on for literally 1-2 minutes, when starting the car.

However, this is not the case with conventional air conditioners. Most cheap or just old models of air conditioners are not connected to the automatic system. In winter, such equipment does not start by itself. This in its turn leads to a situation, when pipelines of all circuits of the system are standing idle. Oil stagnates at the bottom of the compressor, circuit walls are not covered with oil film, and it means that process of moisture accumulation begins. Moisture in turn inevitably leads to corrosion.

Since there is no automatic system in usual conditioners, this problem can be “cured” only in a manual mode. As in fall, winter and spring, car drivers should switch on air conditioner independently for some minutes, though not each time, but at least with a periodicity of several trips. Even two minutes will be enough to cover all potentially vulnerable spots with a film of oil and to protect them from condensate and rust for a short period of time.