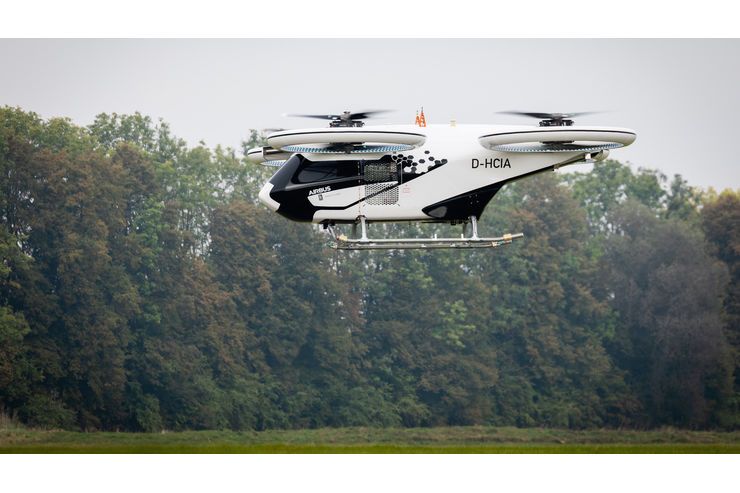 Like many other companies worldwide, Airbus has been working on an electric air cab – the CityAirbus – for some time. According to information from the FAZ, however, the project will soon be halted. Airbus denies: “We’re just getting started!”

Not much has been heard lately about the passenger drone that is standing there in the hangar at the Drone Center Manching near Ingolstadt. The CityAirbus only received its new quarters there at the end of August, having arrived by heavy transport overland from Donauwörth, where the helicopter division Airbus Helicopters has its headquarters. In Donauwörth, it took off from the ground in public for the first time in mid-July, under the astonished eyes of political celebrities, first and foremost Bavaria’s Minister President Markus Söder. However, the CityAirbus was not yet ready for a real flight: it could not do more than hover briefly at a height of six meters.

The CityAirbus took off on its first flight in May 2019. It took another 14 months until the public flight premiere. It took place in Donauwörth in mid-July 2020.

Flight tests at the Drone Center

That was actually supposed to change in Manching. The CityAirbus was supposed to really take off in the Drone Center: “Such an innovative project stands and falls with the infrastructure to test it safely,” project manager Marius Bebesel explained to the “Donaukurier” on the occasion of the flight cab move in late summer. “We will continue to move from flight test to flight test.” Towards the end of the year, further plans would then be made.

Will the CityAirbus stay on the ground?

If an article in the FAZ is to be believed, however, project manager Bebesel and his colleagues can hang their hats on these further plans. At least those that relate specifically to the CityAirbus. The FAZ reports, citing insider circles, that testing of the CityAirbus will be discontinued in November. So far, Airbus Helicopters has not had much to say about this. At any rate, there has not yet been enough for a convincing denial. “The CityAirbus is a key technology demonstrator that allows us to prepare for the future of zero-emission urban air mobility without CO2 emissions,” the manufacturer announced via Twitter. It added that flight testing is currently underway in Manching “and will continue as long as necessary to prepare for the next generation of eVTOL vehicles.” Whether “as long as necessary” equates to “by November 2020” remains an open question.

“Just getting started with the CityAirbus!”

In the meantime, however, Wolfgang Schoder has spoken out – in his capacity as Germany head of Airbus Helicopters. In an interview with the Augsburger Allgemeine Zeitung, Schoder responded to the reporting by FAZ and WELT with incomprehension – and denied an end to the project: “We’re just getting started with the CityAirbus!” The topic enjoys high priority within the Group, he said. “We are not backing away from the program,” Schoder continued. To FLUG REVUE, Airbus Helicopters spokesman Gregor von Kursell added: “CityAirbus is the program, and it is our intention to continue this program all the way to a CityAirbus that we will offer on the market.” The current specimen, he said, is merely a technology carrier. What the final CityAirbus will look like “is still completely open,” von Kursell said. It is not for nothing that two completely different demonstrators have been built. 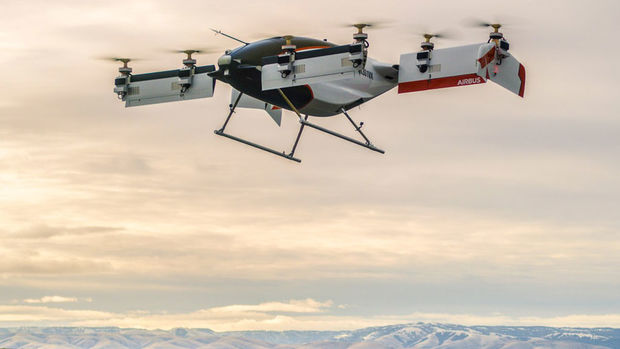 In the USA, Airbus was already testing the Vahana flight taxi project on numerous test flights. In December 2019, the project was officially discontinued.

Von Kursell is targeting the Vahana air cab, which was developed and tested in the USA by Airbus subsidiary A-Cubed. Airbus had officially discontinued this project at the end of 2019, but said it had gained “important insights” in the process. According to Airbus Helicopters, the CityAirbus also plays a similar role. Spokesman von Kursell makes clear: “Vahana and CityAirbus are both demonstrators, we have always emphasized that. Demonstrators, as you know, are for testing technologies, not for market launch. We will take the best of both concepts.” In any case, he said, Airbus’ commitment to the “future market of urban air mobility” is backed by solid financing. The CityAirbus program is a central component of this, he said.

By its own admission, Airbus has no intention of getting out of the air cab business. Rather, the CityAirbus project is to continue on the basis of the knowledge gained with the technology carrier. In the current crisis, even a global corporation like Airbus has to keep its money tighter. But the chapter “Urban Air Mobility” is far from closed for Airbus, as can be seen from the official statements.