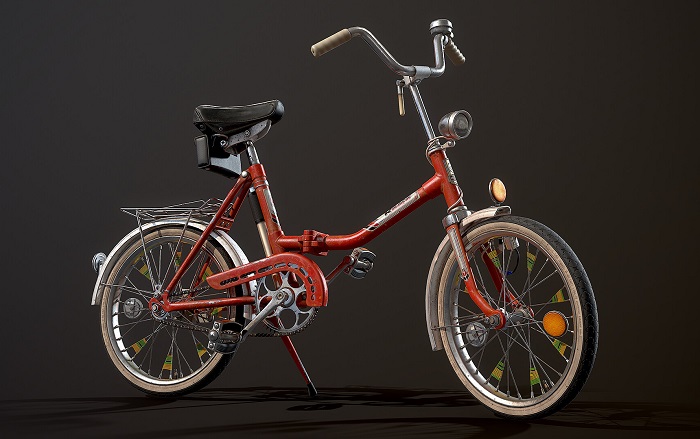 In the Soviet Union, there were many bicycle manufacturers in many republics. And the range they offered was very wide. And so much so that sometimes about some models were known throughout the Union, but few people were familiar with others. However, and these samples two-wheeled transport without a motor, of course, are of interest, because they are also symbols of a bygone era. Here are “ten” little-known Soviet bicycle brands.

One of the most famous brands of bicycles, which were produced at Minsk Motorcycle and Bicycle Plant (MMVZ), founded in 1947. Until 2007, more than 55 million bicycles were sold, but they did not immediately get such a bird’s name. In fact, they became ” Aistas” only in the eighties of the last century. Unlike many other Soviet cycling brands, MMVZ still operates under the same name – Aist, and can boast not only in the number of produced items: it was on these bikes that Belarusian female athletes set the Olympic record in 2012. Back in the Soviet Union, they were also quite popular due to their simple construction and operation, as well as ease of repair and maintenance.

Another famous brand of Minsk Motorcycle Plant, which marked a new milestone in the production practice of the enterprise in the fifties of the last century. After all, the bike was designed for use by Soviet schoolchildren and adolescents aged 7-14 years. Since 1952, as a result of some reorientation of MMVZ, the production of bicycles was transferred to the Šiauliai Bicycle and Motor Plant (ŠVMZ). Among Soviet teenage two-wheelers, the Orlyonok was considered the most prestigious and of the highest quality – largely because some of its components were more durable than other similar models.

Soviet production of bicycles took into account the gender characteristics of their owners. Therefore, models for children were produced separately for boys and for girls. And if the above-mentioned “Orlyonok” was intended specifically for boys, the maiden modification had a no less poetic name “Lastochka”. A characteristic feature of this model was a “broken”, “female” frame. But the production was wider than that of its male counterpart: “Lastochka” was produced not only at the Minsk and Šiauliai bicycle-motor plant, but also on the assembly line of the Kharkov bicycle plant.

This bicycle was produced at the long-lived enterprise – “Perm Machine-Building Plant named after the October Revolution” appeared before the Great Patriotic War, in 1939. And this brand itself – already in the middle of the seventies of the last century. The sphere of use of “Kama” was quite wide: it was exploited in the city and out of town, as well as in tourist trips. The bike was foldable, so it could be taken with a car or public transport. By the way, the ability to disassemble did not affect the durability and design features of the model – it was popular precisely because of the convenience of operation and ease of maintenance and repair. In addition, “Kama” was produced for all ages, so they could be purchased at once for the whole family.

Another fairly well-known bicycle of the Perm Machine-Building Plant is the “Ural”. At the same time, it both in design and functionality was significantly different from the “Kama” and, according to the passport, was a man’s bike of increased strength and cross-country ability. It also included first-aid kit, repair kit and a pump. This Soviet bicycle was notable for its longevity – the actual service life of it is said to be several dozen years. The design of the model was so successful that the “Ural” began to produce and other plants, though already with other names.

Another fairly large Soviet manufacturer – Kharkov Cycling Plant named after G. I. Petrovsky is a real long-liver, because it was founded in 1923 and operates to this day. It was his capacity to produce the legendary model “Ukraine. Another famous brainchild of KHVZ was the Tourist, which was a whole family of road-tourist and sport-tourist bikes. Its popularity among Soviet citizens was brought by its accessibility, as well as resistance to damage when used on rough terrain and on bad roads.

Interesting fact: on the wave of the space race and the flight of the first man into space the Tourist was renamed and got a new name – Sputnik. However, around the end of the seventies of the last century, the original name was returned to the bike, under which it continues to be produced today.

It is interesting that at some point the Sputnik was no longer just a renamed Tourist – its modifications already had some changes in design compared to its predecessor – for example, it received an aluminum handlebar. Therefore, when the bike got its original name back, the model range with the space name had already been formed, which was finally closed only in the eighties. “Sputniks” were produced as touring bikes for a wide non-professional audience.

Unlike previous models, this bike was almost unknown to the average Soviet person. And that’s because Takhion – another brand of the Kharkov Bicycle Plant – was not a mass model, but had a narrow focus. It was produced as a professional road and track bike for athletes, according to the Novate.ru editorial office, it was on this transport in the period from 1981 to 1992 Soviet cyclists competed, including at international level. The ultralight bicycle, by the way, was fabulously expensive – at one point its cost was comparable to the price tag of a passenger car. But the Takhion’s status was also high: despite the fact that it has long been out of production, it is still considered a prestigious sports bike.

More popular and even rarer in comparison to the “Tachion” was the legendary Soviet track bike “Moscow-80”. Its name speaks for itself – the model was released for the 1980 Olympics in small series of only 52 copies, and at some point they began to produce them only by individual orders. The design and production was carried out on the basis of the Central Design and Technological Bureau of Bike Building.

An entertaining fact: there is a perception that in 1981 it was on the basis of Moscow-80 that the above-mentioned Tachyons began to be designed and produced. However, in reality, the situation was different: during the first stages of the Tahion design, the technical documentation for some components from the Olympic bicycle was really used. However, both the frame and most of the components in the Kharkov model were original.

Another bicycle for children of primary and secondary school age, as can be seen even from the name. The model was produced at the Gorky bicycle factory, which was part of the GAZ association. The years of production of the bike were from 1956 to 1996. The plant itself had been making bicycles since 1940. “Shkolnik” was produced in two modifications – for boys and for girls. However, it was a less popular model in comparison with its Perm counterparts for several reasons: for example, it had lower quality of some units, which resulted in their faster failure. In addition, the handlebars of the bicycle were too high for small children.