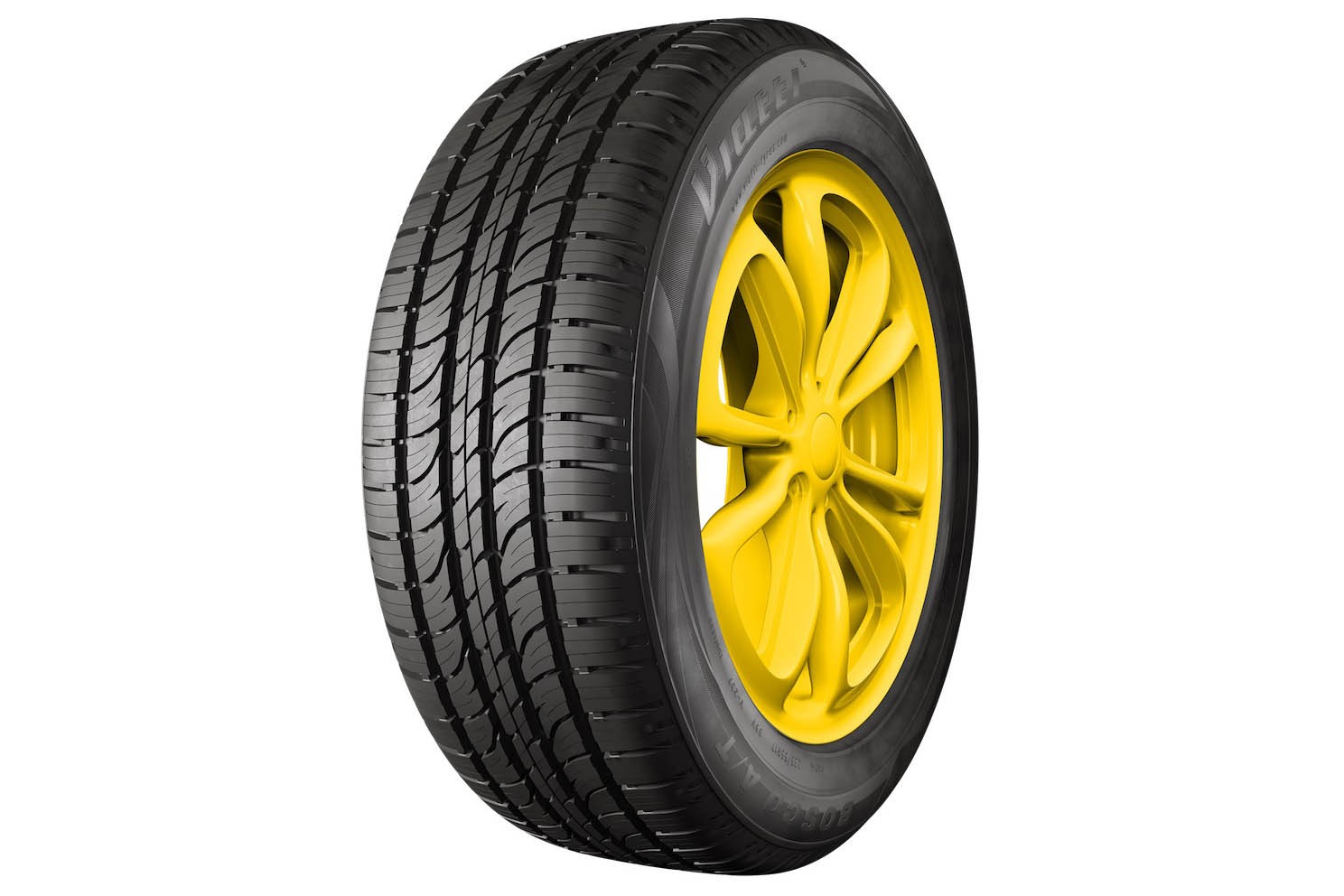 The task of choosing summer tires for crossovers is only seemingly simple. Look in the “User Manual” or on the sticker of the driver’s door post, where the required tire sizes are specified, and go to the store.

But each model has its own nuances in addition to the general parameters in the form of XL marks, that tell about the load capacity increase by three units, or SUV, signaling the belonging of the tire to the off-road family, etc. They will determine both the comfort and safety on the road, and the cross-country ability of your car.

More often the profile height of crossover tires is 70-80% of the tread width, but it may be less for planting diameters of 17-19″. Such height parameters allow you to reduce the load on the suspension on bad roads, and at the same time to achieve maximum ground clearance without increasing the diameter of the wheel. As a rule, the tread pattern of such tires is medium-developed, and they are marked as А/Т or All Terrain.

Such varieties are designed for operation both on asphalt surfaces (although at high speeds they are a little noisy), and on light off-road. At that, the tires may have the marking M+S.

There is, however, a nuance, which consists in the fact that some tire brands offer the owners of parkettes tires from the ordinary passenger line without changes in design. It is connected with a great number of appeared small crossovers. Yes, the dimension may be the same, but the other characteristics, and first of all – load-carrying capacity/load index, are worth checking.

We divide curb weight of your car by four and print the required figure. If the tire load index, converted to kilograms, will be less or equal to the received value, you should not buy such a model, even if it fully corresponds to the standard size. But it is more correct to choose the tires produced specifically for crossovers.

The first of the crossover tires, released under the Viatti brand, was the Viatti Bosco A/T. The model is in steady demand. The secret is not only its affordable price for this category, but also its performance characteristics.

These tires were developed in close cooperation with specialists from Russia, Italy and Germany just in the period when it became clear that the “crossover boom” is not temporary, especially in Russia. And while the Italians are famous for their design, Germany and Russia are known for their technology and solutions that adapt the product to specific conditions of use.

Among them is a special ViaMIX rubber-mixing scheme using 3D-nanomolecules. In practice, the rubber compound of tires changes its properties depending on external temperature. It gets stiffer in hot weather and softer when it’s cooler outside. In addition to stability on the road, such a tire shows less wear.

The next achievement of designers is the VSS technology (Variable Sidewall Stiffness or variable sidewall stiffness distribution). With it, the tire adapts both to speed and to the nature of the road surface. That is the car is much more stable both when passing bumps and in turns.

A special tread pattern with a rigid central rib and reinforced longitudinal rows of blocks according to HighStab technology also contributes to the safety while maneuvering. And, of course, the Hydro Safe V intensive drainage technology, inherited from Viatti passenger tires.

But all these technological witticisms are meant mainly for asphalt. A confident movement on dirt is reached by means of special chips. DirtMove (OpenWay) is a tread pattern with wide cross grooves in the shoulder areas and grip grooves between the shoulder blocks.

The whole set of innovations offered will be perfect for both travelers and summer campers. However, the market offers quite a few options, and if you are the owner of a sports crossover, you will surely demand some special characteristics from the tires.

Not every crossover needs such versatile summer tires with a predominant urban operation. Firstly, due to the increased strength, they are quite heavy, which increases fuel consumption. Secondly, the developed tread increases the noise level of the car.

H/T or Highway Terrain tires can serve as a justifiable alternative. Having a tread with small blocks, they are lighter than A/T-models, much less noisy and more comfortable, but are designed primarily for the asphalt surface. But their speed index is higher, which means that these tires may attract the attention of owners of powerful crossovers.

In the Viatti range the H/T version appeared later than the A/T, and received the trade mark Viatti Bosco H/T. Like the previous model, these tires are specialized, for crossovers, and have most of the above technological innovations. However, there are features that are peculiar only to this modification.

It is, first of all, very comfortable. If we talk about the noise level, it is low due to the introduction of the SilencePro technology. The point here is in the tread pattern. The broken shape of grooves and sipes on it, different width and sequence of shoulder zone blocks damp the resonance vibrations as much as possible.

Secondly, Viatti Bosco H/T perfectly behaves at high speeds and thanks to the fine tread pattern it literally clings to the asphalt both during acceleration and braking. Accordingly, the drivability of the car with such tires will be higher plus the fuel efficiency will be improved. Well and a bonus is predictable behavior on a wet road due to already mentioned drainage system.

The fact that high speeds for the Viatti crossover tires are quite real is also confirmed by their performance characteristics. Most of the sizes with the seat diameter from 17 to 18 inches have the speed index of V or up to 240 km/h and maximum load index of 116kg or 1250kg. By the way, in 2020 the Viatti Bosco H/T range has been supplemented by the fastest tire for extreme crossovers 255/50R19 with the speed index W or up to 270 km/h and the load index of 107 or up to 975 kg per wheel. In 2021, there are plans to update the range with a size 225/55R19.

However, a crossover or SUV can be fitted with special types of tires, but in this case you should follow the recommendations of the automaker. For example, the marking M/T or MudTerrain is the main sign of the mud tires for off-road. Most often they are put on SUVs with differential locks, but sometimes on crossovers, which are operated in rural areas. But it is worth considering that the controllability of the car with them on the asphalt will be very mediocre because of the developed grousers.

To the specialized and rather rare tires, let’s refer those with the marking S/T or Sport Terrain. They are designed for high speeds, asphalt without artifacts and especially powerful engine of the charged crossover. However, the last two types of tires are a topic for a separate conversation. Viatti, on the other hand, offers tires for every day and for almost any car – from passenger cars to SUVs and even light trucks.