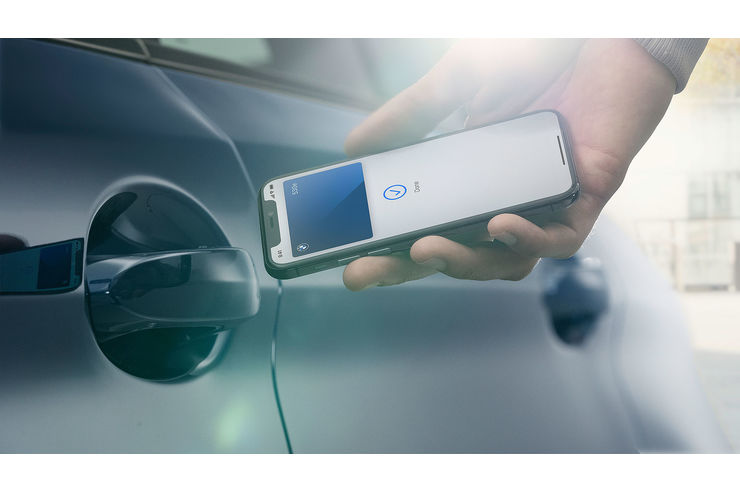 Apple offers a new car key function for smartphones. BMW is the first manufacturer whose cars can be unlocked, locked and started with it. With the BMW iX, an escalation stage follows.

Using your own smartphone or a smartwatch as a car key is only slowly catching on. One reason is that this has not been possible with Apple devices until now. That is now changing. As the tech company announced at its Worldwide Developers Conference, a digital key function will now be stored in the I-Phone, allowing the smartphone to be used as a full-fledged digital car key. Compatible I-Phones are the XR and XS including newer models as well as the Apple Watch from series 5.

The Digital Key is stored in the Apple Wallet and can be used to unlock and lock the car as well as start the engine. For this, however, the vehicle must be NFC-compatible, i.e. capable of “near field communication.” This is supposed to work even when the smartphone battery is flat (up to five hours) and without the user having to identify himself each time via facial recognition.

To unlock and lock the car, the I-Phone must be held up to the door handle

At the same time, Apple announced at the conference that BMW is the first car brand to use the new feature. The Munich-based company is introducing the digital key in 45 countries and in almost its entire model range; only the 7 Series, which will soon be replaced by a new model, and the X models below the X5 are being left out for the time being. However, to use the function, the respective car must have been produced after July 1, 2020.

To unlock and lock the car, the I-Phone simply has to be held against the door handle. To start the engine, it must be in the smartphone compartment and the start button pressed. The digital key can also be shared with up to five other people; family members could use their own I-Phone as a car key, for example. With a configuration for novice drivers, the engine power, maximum speed and radio volume can be limited.

Digital Key Plus comes with the BMW iX 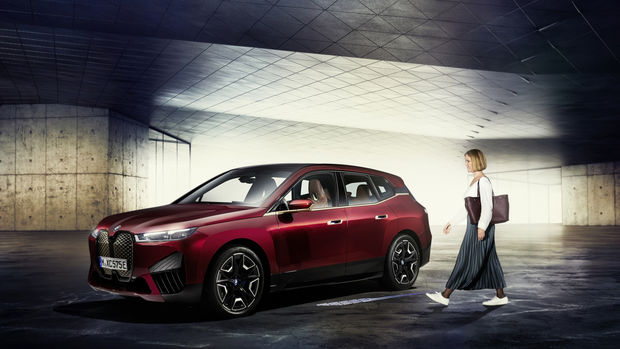 In the new BMW iX, the phone no longer has to be taken out of the pocket.

With the market launch of the BMW iX electric SUV, the digital key is being presented in an enhanced form. BMW Digital Key Plus will be the name of the function. The new expansion stage uses the ultra-wideband technology of the Apple iPhone. The digital radio technology is used for communication with a high fire bandwidth, which at the same time is to be protected as best as possible against external interference.

With the BMW Digital Key Plus, drivers should be able to unlock and start their cars without having to take their smartphones out of their trouser or jacket pockets.

Well, sure. That makes total sense and is nice and convenient.

No way. It makes no sense at all and is also insecure.

So now the time has come: Apple also offers a digital car key for smartphones. As suspected for some time, BMW is the first car manufacturer where the technology can be used.