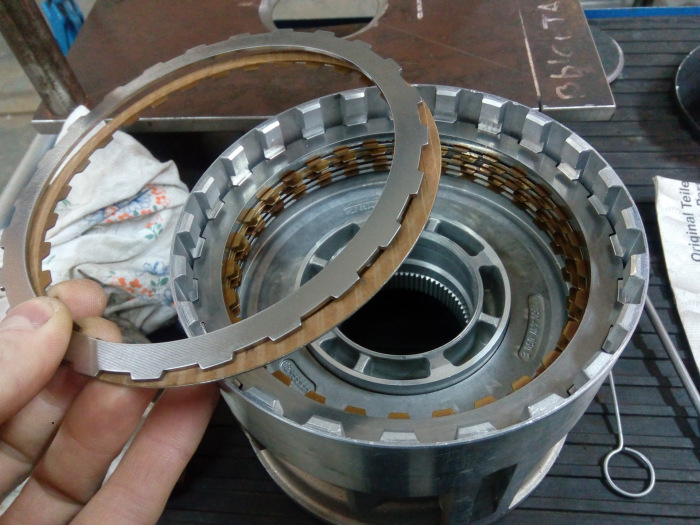 On the one hand, current automatic transmissions are rather reliable. On the other hand, the service life of modern automatic transmissions leaves much to be desired. It is not limitless, but also quite “modest”. Therefore, in such conditions it is very important to recognize correctly the moment between “the box can still be saved” and “the box is gone”. The first signs of trouble are usually in the form of jerks, shifts, jerks, delayed reactions. What problems can all these symptoms indicate?

At any of the described symptoms first of all it is necessary to check frictions, technical units used for blocking elements of planetary rows, on which oil pressure is supplied. It is not uncommon for them to burn out because of overheating. Friction locks are extremely difficult to fix, so most often they are just replaced as a whole unit.

Hydroblock is a metal plate with a set of valves, sensors and pipes. It is necessary for correct distribution of pressure in fluid. In many respects the correctness of gear shifting depends on the work of hydroblock. The problem is that, as well as many other mechanical elements of an automatic transmission, the hydroblock is exposed to natural wear and contamination. This in turn contaminates all the oil in the transmission. It is better not to delay with the repair of the hydroblock.

Another popular problem is the already mentioned hydraulic block solenoids. In the first place, the problem with these valves is indicated by the appearance of jerking when trying to shift gear. Badly working solenoids very often become the reason of numerous other failures in automatic transmission. The solenoids can not be repaired but must be replaced.

If the transmission starts to “wobble”, there can be problems not only in it. In fact, you should check the engine and gearbox mounts. There is a non-zero chance that they are not in the best condition. If the degree of wear is high, the supports cause numerous problems with both the automatic transmission and the car’s powertrain. It can end with their complete destruction and total fiasco for most assemblies under the hood.

Last on the list, but by no means least. Don’t forget that an automatic transmission can go haywire because the oil level isn’t high enough. According to experts, the first problems can start appearing at the drop of already 0.5 liter relative to the minimal allowable level of lubrication. Certainly, you cannot just fill up the oil. It is necessary to find out what has caused the drop in its level.