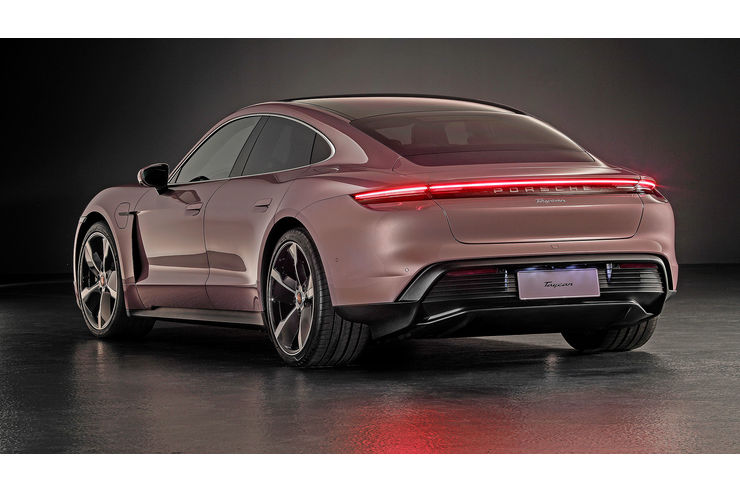 Initially for China, Porsche presented the basic model of the electric sports car with only one engine but two possible battery sizes. It will arrive in Europe within a year and has up to 476 hp (overboost).

So the Taycan has 122 or 95 HP less than the 4S. The difference is limited, if you consider that with the drive in the front the second engine also flies out. It has an output of 190 (Turbo S) and 175 (Turbo) kW. But the front engine together with the docked pulse change judge also weighs at least 71 kilograms (Turbo and 4 S). Adding the drive shafts and the rest of the drive system, the weight saving should come to about 100 kilograms – hardly more than the extra weight for the four-wheel drive of a combustion engine model. Based on the Taycan 4S with the 79.2 kWh battery, the unladen weight of the new Taycan should be about 2,100 kilograms, the 93.4 kWh battery weighs 80 kilograms more. Official data from Porsche are still missing.

Consumption and range naturally benefit from the lack of an engine and the reduced weight. It is not without reason that Tesla also offers rear-wheel drive for the long-range versions of the Model 3 – the Model 3’s reduced consumption is one kWh, the range increase a good seven percent. According to Porsche, the new Taycan achieves 414 kilometers with the smaller battery and 489 kilometers with the larger one. By comparison, the Taycan 4S achieves at best 407 or 463 kilometers – but this is after the maximum value of the much more demanding WLTP cycle, which makes the difference difficult to estimate.

In terms of driving performance this is easier: According to Porsche the Taycan 4S accelerates to 100 km/h in 4.0 seconds, no matter what battery is used. For the Taycan the manufacturer specifies an acceleration time of 5.4 seconds (with Launch Control). A good part of the difference is probably due to the better traction of the 4S with four-wheel drive, especially when sprinting from a standing start. Porsche apparently limits the top speed of the Taycan to 230 km/h (probably also later in Europe), while the 4S is allowed to run at 250 km/h. 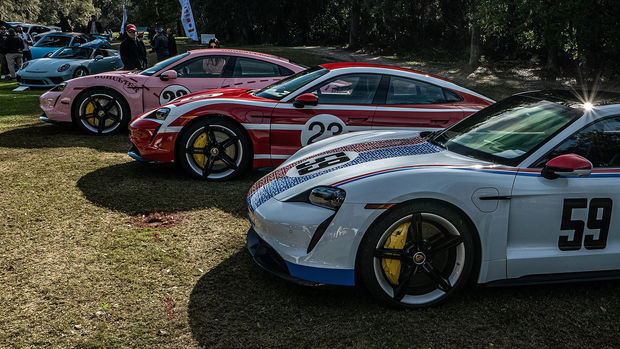 The Taycan is the new basic model. With the designations Turbo, Turbo S and 4S, Porsche indicates the same wealth of variants for the electric car as for the combustion engine models.

The price question can currently only be answered vaguely. In China, the Taycan costs the equivalent of 111,860 Euro, the Taycan 4S costs 144,612 Euro there. If you subtract the percentage difference from the price of the Taycan 4S in this country (105,604 Euro), you would arrive at a starting price of about 82,000 Euro for the Taycan in our country. That could take some customers for the basic model – despite a top speed of “only” 230 km/h.

No. First of all, loading is getting faster and faster, and secondly, for long journeys you should use other means of transport.

Yes, you have a car to go somewhere spontaneously and not everyone can afford several cars for different purposes.

Batteries are the most expensive part of the electric car. The fact that Porsche also offers the Taycan with less battery capacity already makes the current entry level version of the 4S more affordable. The fact that the entry-level model has rear-wheel drive and thus one engine less opens up a second opportunity to reduce the price. By how much seems to depend on the market – in China the price gap is enormous at around 33,000 euros.

If the gap in Germany does not become so large, the pure rear-wheel drive will still be the attraction that only the entry-level model offers – more than 600 Nm on the rear axle, which is otherwise only available in the 911 GT2.