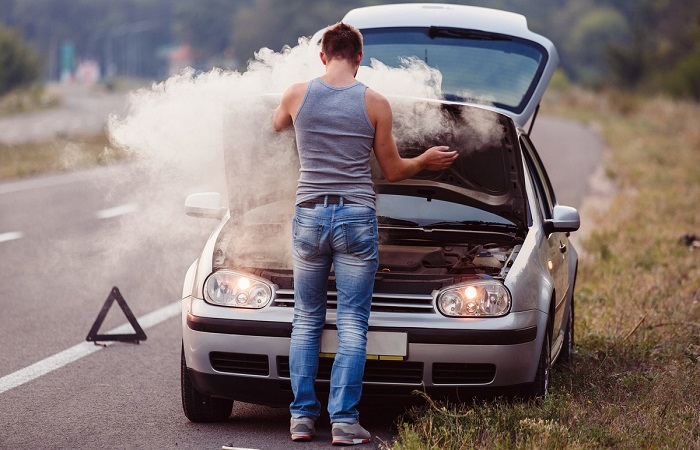 The most dangerous phenomenon in the life of a car is engine overheating, which can be both minor, if measures were taken in time, and serious, when the temperature arrow had time to reach the red line. In both cases, overheating threatens car drivers with additional financial expenses and unplanned repair of the unit.

It is necessary to note, that the engine can overheat with relatively fresh coolant, therefore it is recommended to use start-stop system in corks, on a freeway – to observe speed limits and not to overload the engine, and in case of critical overheating in severe heat and if it is impossible to stop, it is recommended to switch on the heater at full power – heat takeoff from coolant will be much more effective.

Engine overheating in a car may occur both in summer and winter – for example, during idling in traffic jams or long drives at high revolutions. You can prevent critical overheating by monitoring the condition of the engine cooling fluid:

Even at low engine overheating due to loss of cooling ability of antifreeze the loss of elasticity of piston rings occurs, which leads to increase of clearance between pistons and cylinder walls. Fuel consumption increases by 1 to 2 liters, but due to the higher quality of oil rings, oil siphoning may be almost completely absent.

How to prevent depressurization of the cooling system

The best way to protect a car engine from temperature overloads is preventive measures, which any motorist can do.

More serious overheating usually occurs due to depressurization of the engine cooling system and provokes an impermissible expansion of the piston itself, the skirt of which in the worst case scenario begins to press against the cylinder, causing burrs. Even minor damage to the cylinder walls cause jamming of piston rings, which in turn may lead to engine seizure and the need for overhaul.

In this connection the condition of pipes, expansion tanks, rubber, paronite and metal gaskets must be ideal or close to ideal. You can check their condition visually every time you check the oil level. The first sign that a depressurization may soon occur is the swelling of the nozzles and the occurrence of leaks at the joints.

Replacement of all cooling branch pipes is the cheapest type of cooling system maintenance, therefore at the first hints of malfunction it is better not to risk and to replace all hoses and branch pipes with new ones.

But the first symptom of engine overheating can be easily noticed in winter – due to depressurization of the cooling system, the heater will stop delivering heat into the car. If it is summer, a sharp sweetish smell in the cabin should alert. You need to immediately pay attention to the engine temperature and if necessary, stop and turn off the engine.

Timely maintenance of the engine

Leakage – not the most terrible phenomenon, as drivers often notice it before starting the engine – the spreading stain on the asphalt is difficult not to notice, and the smell will stand such that any car owner will sound the alarm.

The thermostat failure or malfunction looks much scarier. You can check its functionality by following three simple steps:

The main sign of a jammed thermostat in the closed position will be the rise of the coolant temperature gauge arrow to the red zone and the activation of the fan at idle speed. It is necessary to replace the device with a new one as soon as possible.

The forced air blower can also fail badly. The cause of malfunction may be the fan motor, as well as the temperature sensor. In the first case, you can connect the fan directly to the battery and check its functionality. In the second – to close the sensor contacts, and the fan should not start, otherwise it is necessary to replace the DT with a new one.

The main cooling radiator has no less effect on the engine operating temperature. Sometimes it ceases to perform its functions, when drivers forget to remove the frost protection due to cardboard or foil-isolon, installed since the fall.

Also with years the efficiency of radiator noticeably decreases because of sticking of insects, particles of leaves, dry grass and dust between device plates. That is why in the off-season it is recommended to wash radiator with improvised means, and every 2-3 years to perform general cleaning of cooling system with radiator removal. It is recommended to perform this procedure at a car service center.

The last thing you should pay attention to is the “heart” of the engine cooling system – the pump. The resource of its faultless operation usually exceeds 100 thousand km of run. The device can not cause troubles for its owner, but some factors may still damage the pump before the term.

Failure of the pump is fraught with complete loss of cooling ability of the engine, which will lead to its full-scale overheating. Many experienced drivers recommend changing the pump together with the timing belt – every 60-70 thousand kilometers. True, sometimes the device can fail the driver even much earlier than this term.

For example, with low-quality antifreeze or loss of its cooling properties, the pump may stop working before you are ready to change the timing belt. The first sign that the pump is about to fail is no or little pulsation in the cooling system supply hose. In addition, the engine will overheat faster and faster each day for no apparent reason.