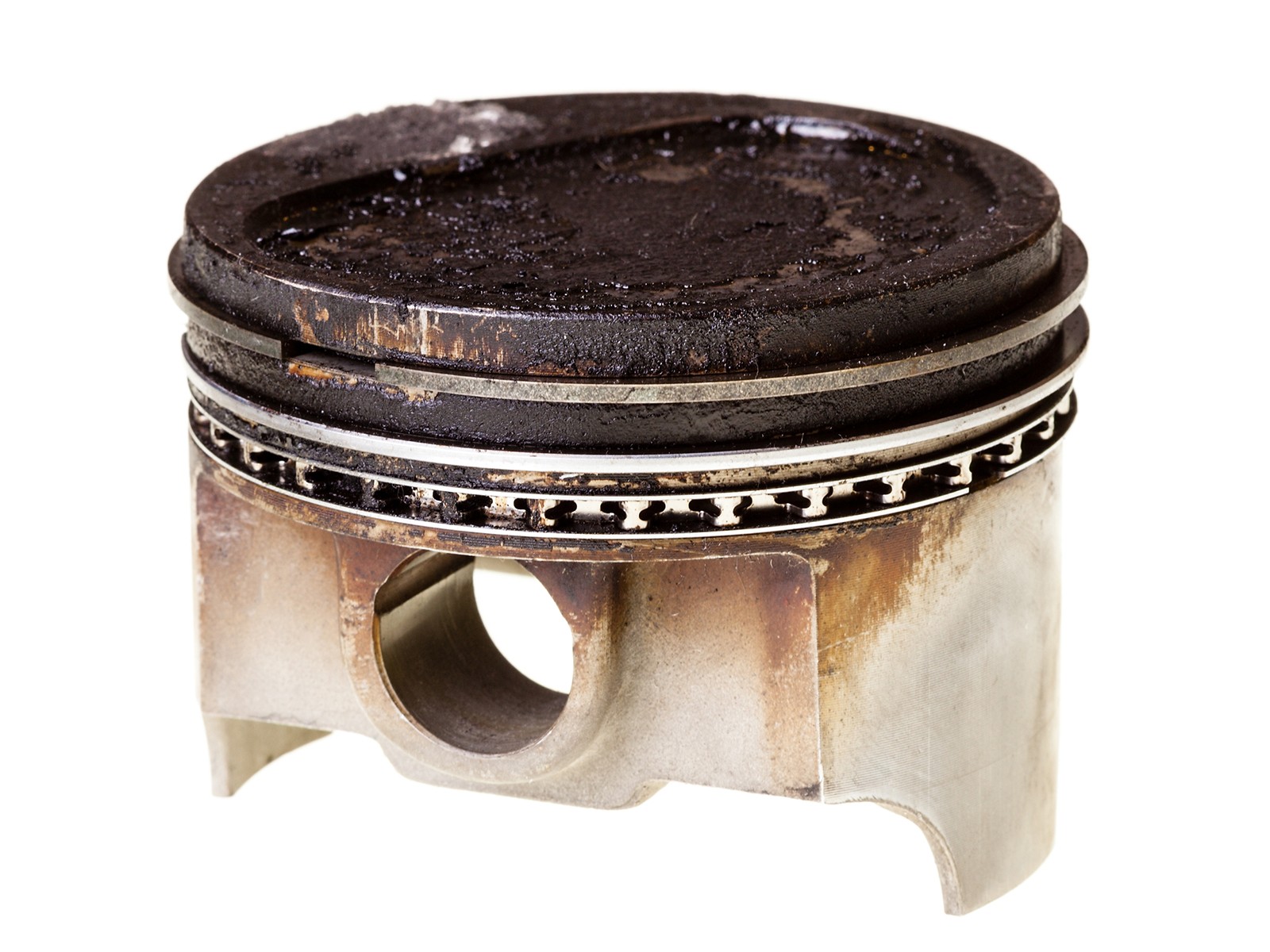 What is detonation and why watch out for it

Everyone knows that an internal combustion engine requires that very combustion – the ignition of the fuel mixture. For this purpose, a gasoline engine has a spark plug, which ignites the mixture at the end of the compression stroke.

From the point of view of physics, it looks quite boring, but if we simplify it, we can say that the order of combustion of the fuel-air mixture is violated. In detonation, the flame front does not even have time to reach the edges of the combustion chamber, and the mixture there ignites itself under the increasing temperature and pressure.

Detonation produces a sound, which, upon hearing it, was commonly referred to as “tapping fingers. Of course, piston pins do not knock during detonation – the clearances there are not the same. It is the walls of the combustion chamber themselves that start tinkling.

Sometimes they confuse with detonation quite another phenomenon when the engine does not want to stop immediately after switching off the ignition, and sometimes it can even crank “in reverse” (of course, first of all old carburetor engines are concerned). Of course, it’s not detonation but glow ignition – a phenomenon in which the fuel-air mixture ignites on its own from too hot parts (for example, from overheated spark plugs with the wrong glow factor). However, if detonation has gone too far and the engine suffers from it with too much regularity, it may well cause glow ignition – detonation leads to engine overheating.

Detonation is a very bad thing. It causes enormous shock loads on the cylinder-rod parts, it may well destroy the piston rings and the pistons themselves. And if you do not pay any attention to it, then the block as well.

I will not tell you in detail about the causes of detonation – there is a risk to go a long way away from the detonation sensor and sink in the swamp of Newtonianism and Mendeleevism. In short, there are many reasons: from bad or “wrong” gasoline with a low octane number to the curve of the firmware during chip tuning. However, with a very bad chip tuning, the diagnostics can be simply “cut”, and there will be no detonation sensor error. There will be only a sound. Also, soot on pistons and in the combustion chamber, poor mixture, overheating of the engine, or driving at too low rpm with a high load may be to blame.

All modern engines run on the brink of detonation (usually with a very early ignition advance angle). In this case it is possible to get the maximum efficiency. In the era of trambler engines with automatic ignition advance angle controllers, it was difficult to achieve a very precise angle, so the “fingers were often knocked” back then.

Now, a very small detonation sensor is responsible for the advance angle, the signal from which allows you to change this angle, and, if necessary, the composition of the fuel mixture.

If the sensor stops working correctly, theoretically there should be nothing bad: the ignition should become later (the engines ECU has such a failure, and if the ECU loses the signal, the angle correction will be impossible, but the ignition will become too late), detonation will not occur, but the car will drive noticeably worse. Other consequences are also possible: engine overheating, soot on the spark plugs, the same detonation sound, glow ignition, increased gasoline consumption. Much depends on what caused the detonation itself. If the combustion chamber is riddled to death on a direct injection engine, no shift of the angle to a late value will save it. Well, and of course, Check Engine may light up. What to do in this case?

Of course, the easiest way is to connect a scanner and read the error. But hardly all motorists have diagnostic scanner somewhere in the storeroom between a drill and a microscope (all garbage from Chinese stores I do not call scanner by principle, although I do not deny the ability of this garbage sometimes shows something). Therefore we will try to do without complicated equipment.

First of all we need to find this sensor. It sounds ridiculous, but it is. It is necessary to look for it on the cylinder block. The easiest thing is with inline 4’s: the detonation sensor is usually in the middle of the block between the second and third cylinders. That’s where you should look for it, usually just below the intake manifold. Such location of the sensor on the block allows it to “hear” the detonation of all four cylinders, and the location of the engine – longitudinal or transverse – does not affect the position of the sensor.

The sensors themselves come in two types: resonant and broadband. Their task is the same for all of them: to detect the knock in the engine (i.e. the same detonation), but the operating algorithms are slightly different. The resonant sensor is tuned to a certain detonation frequency, in which it checks the noise. The frequency is calculated by the formula f(kHz)=900/(???? * r), where r is the piston radius and ???? is the Pi number (3.1415…). If the resonance sensor hears a knock at this frequency, it panics and asks the ECU to take appropriate action. It “hears” them with a piezo element. Thus, the sensor is just an accelerometer, which is able to convert block vibrations into electrical signals.

The broadband sensor also listens to the sound, but it is not concentrated on a certain frequency, but simply transmits all the knocks to the ECU. And the ECU itself thinks whether it is a detonation or not and what to do now.

It is easy to distinguish these sensors: one wire goes to the resonant one and two to the broadband one.

If the ECU understands that detonation has started, it starts changing the advance angle, making the ignition later. Swap and listen to the sensor. Any detonation? OK, I’ll move it a little more. It’s gone? Great, let’s go like this!

Let’s say the sensor was found and even removed from the car. What’s next? There are several simple ways to test it, but I will tell you only about the most basic one. For this you need a multimeter that can measure very small voltages – thousandths of a volt, millivolts (check yours – mine, bought once for 120 rubles, does not have enough threshold). Put the multimeter in voltage measurement mode, apply “minus” to the sensor body, and gently press the plus probe to the connector of the control contact. Now it is necessary to clamp the sensor in the fist and tap a little with the fist on the table. Since the piezo element has no ears, it hears exactly the knocks, and a good sensor reacts to them by changing the voltage. The changes are very small – approximately within 150 mV, and if the knocking is weak, they are 30-40. In this case (if at least this minimum is there) it is necessary to knock with the fist with the sensor a little bit stronger. If the voltage at the moment of knocking at least a little bit jumped up, the sensor is good. If there is no reaction to the bump, the sensor is probably dead. There is no sense in knocking on it with a hammer in an attempt to resuscitate it – there is more chance of killing the very sensitive piezo element, than of restoring the sensor’s operability.

What to do next?

Of course, there are experts who rebuild these sensors or pick up a similar sensor from another car, “filed” it in place with additional resistors and capacitors. Probably, sometimes there is no other way out (well, maybe they drive a Bugatti Veyron and cannot find this sensor quickly and cheaply), but still the best way is to put a new one, and calm down, it costs usually not expensive. Unfortunately, there are more complicated situations in life: the sensor works, but it does not show some errors.

This is simple: you need to check the wiring. There can also be “glitches” in it, and the detonation sensor readings must be accurate for normal ECU operation.

One last thing. Sometimes the detonation sensor can go crazy with extraneous noises that the engine should not make. Clanking of hydro-compensators, “dithering”, cracks of phasers, knocking of chain timing – all these extraneous sounds sometimes randomly the sensor can consider detonation. In this case, abnormal ignition advance angles should alert, although the sensor itself will turn out to be serviceable.

As I said before, the detonation sensor is not the part, failure of which will stop the car. No, it will go. But you should not relax, because if you have a detonation, it kills the engine very quickly. Especially, a modern engine with small volume and with supercharging. So, if you have any suspicions, it is better to go to service at once.