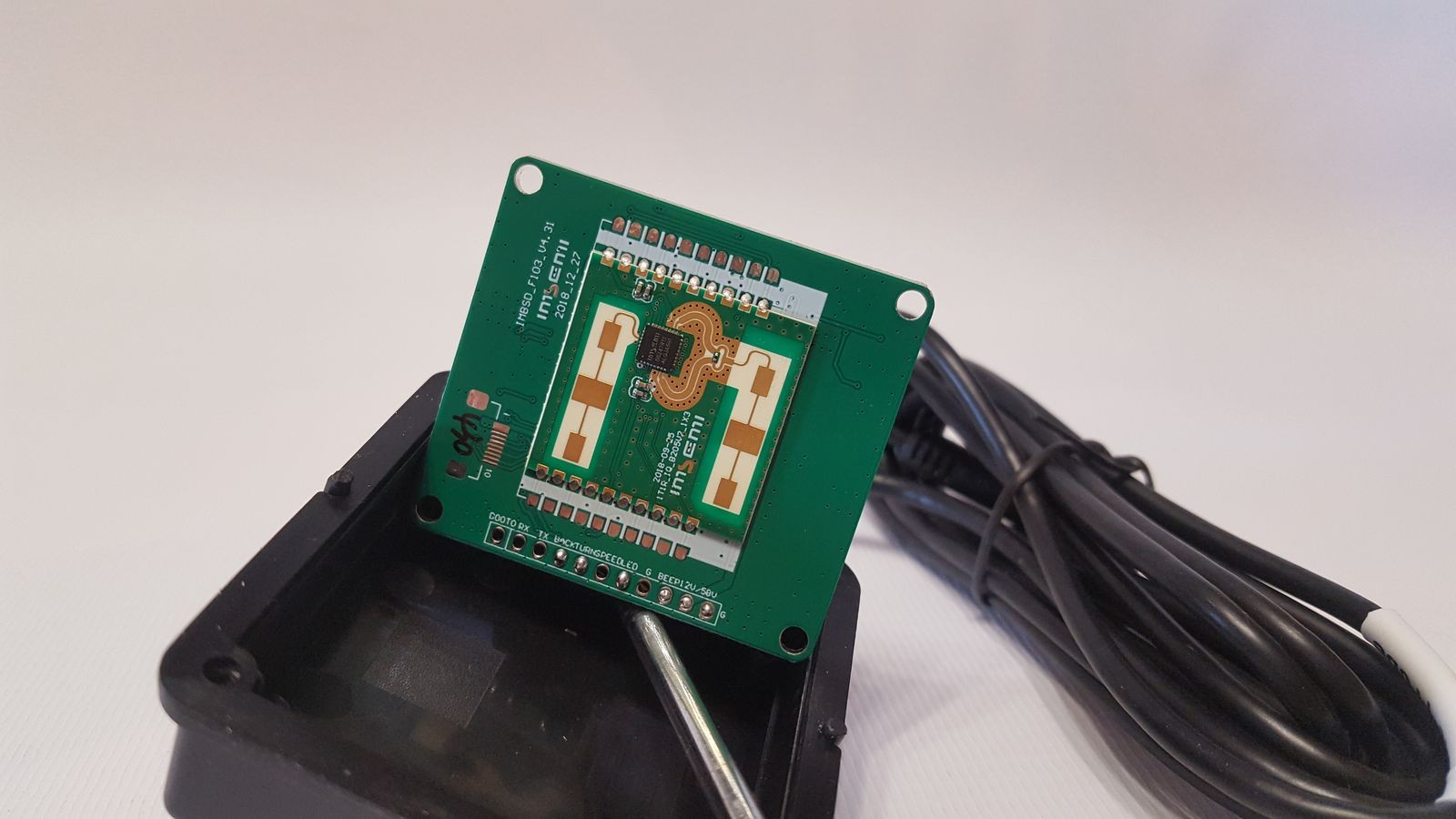 Radar sensors of the blind spot is really a useful option among the systems of active safety and driver assistance, but for many cars they are not in the list of options, and for others are available only in expensive configurations… However, Chinese craftsmen have successfully established the production of universal DMZ systems, which you can put on the car with your own hands in your own garage. Without advertising anything in particular, let’s try to put such radar yourself and see how effective it will be.

The problem of limited visibility in the side rearview mirrors has always existed. For a long time it was fought solely by optical methods – increasing the total sphericity of the mirrors or installing convex segments on them. Such tactics helped only partially, bearing at the same time and inconvenience in the form of distorted perception. But in the 2000s, the first electronic assistants began to appear. Almost a pioneer in the mid-2000s was Volvo with its BLIS system, which was a miniature camera in the mirrors, whose sector of view coincided with the blind spot. When motion appeared in the cameras, the driver saw flashing indicators on the appropriate side, warning of the danger of oversteering. The disadvantage of this approach was the rapid contamination of the cameras in inclement weather…

A little later, Bosch has brought on the market a similar technology based on ultrasonic sonars in the corners of the rear bumper – in fact, made on the principle of all known parking sensors. It was used by Citroen and, it seems, by someone else, but it quickly became clear that the maximum efficiency and reliability can only give radar radio-wave sensors, working, like all radars, on the effect of Doppler. The only difficulty was in the certification of these systems in different countries due to the occupancy of some or other high-frequency areas – sometimes manufacturers had to remove this option from the equipment in certain regions or transfer it to other frequencies.

By the end of the 2000s, optical and ultrasonic systems practically went into the shade, and radar blind spot monitoring systems appeared in all car manufacturers. However, this option continued to be a sign of a very expensive segment and was absent in the middle and affordable class. Some small manufacturers of automobile gadgets began, however, to produce advanced sets of universal parking sensors, which had special additional sensors, installed in corners of bumpers and working in motion, as well as separate indicators for them, warning about the detection of interference in the area of rear wings, invisible in the mirrors. However, they could not boast of a particular stability of work and did not gain popularity.

Nevertheless, in the last five years, radar systems DMZ (sensors of dead zones) massively penetrated into the medium-price segment. For example, this system is available for Kia starting with the Ceed, for Volkswagen – with the Jetta and so on, for Toyota – with the Corolla and so on. For the same Rio, Polo, Logan and other people’s sedans, hatchbacks and mini-crossovers, these options are not available… It is possible to put the Chinese set of sensors on any automobile, what we actually did.

These systems differ in cost and a complete set, thus the basic elements and characteristics are the same. Differences are, for example, in the way of indication – the simplest version of the “lights” glued to the double-sided adhesive tape inside the salon on the windshield racks, and a more advanced version offers removable mirror elements with integrated light indicators in the outside mirrors, which must be replaced by OEM. In even more expensive versions, the DMZ radar kit comes with two side mirrors completely assembled – for a particular car. Some kits only connect to the turn signal lamps, and some even connect to the CAN bus…

“Personalized” kits, designed for a specific model of a particular generation car, are significantly more expensive. But is it reasonable to change the original and known good quality mirrors for a generic Chinese clone? The big question … It seems to us that the best solution here is still the most budget variant of the DMZ system. Ours cost a relatively modest 6000 rubles. We do not cite its name, because there is no point in it – you will not find any well-known brands, and it is best to be guided by the number of orders and Russian-language reviews in the online store.

Any DMZ kit comes with two radar sensors (usually operating in the 24 GHz range). The sensors have U-shaped mounting brackets, squares of double-sided tape, and a handful of self-tapping screws to secure them to the body under the rear bumper. The sensor housing is attached to the U-plate with a pair of hinged screws, which allows them to be aligned to the desired angle (about that below).

The radar units are connected to “tablets”-indicators with characteristic pictograms of approaching cars. Each unit has its own “tablet”.

The squeaker speaker is common for both channels. The same as any other parking sensors, from the cheapest to the most sophisticated ones:

We mounted the system on a Mazda 5 minivan for study:

What conclusions can be drawn from the installation of the gadget and its work?

In principle, the installation is very simple and available to most ordinary car enthusiasts, who are capable of at least basic repair of their own cars on the electrical part. It is connected to car’s electrical system in the simplest variant only in three points – to ignition lock (power), and also to right and left bulbs of turn signals (for more active notification in the presence of interference in the blind zone). The only problem is the need to remove the rear bumper… In most cases, this is an absolutely unavoidable procedure, since the sensors are designed specifically for mounting on the body under the bumper liner. After sensors are fixed on the body it is necessary to adjust their position on the hinge horizontally so their “beam” covers the needed sector – the very “blind spot”. A 20-degree cardboard angle gauge is included in the kit for this purpose. After setting the angle, the hinge sensors are fixed by tightening the screws.

The operation algorithm is exactly the same as for most vehicles with the DMZ system installed at the assembly line. No separate activation of the DMZ is required – it is activated simultaneously with the ignition. If there is interference in the blind spot in normal straight-ahead driving, the indicator light is illuminated continuously on the corresponding side. If the obstacle was detected when you turn on the turn signal (ie, starting the maneuver of redevelopment), the indicators are on in flashing mode to attract your attention, as well as audible signal “bi-beep”.

Feature works on the principle of the Doppler effect (radar effect) makes DMZ a very stable system, not afraid of dirt on the car body or any other external factors. Alerts are given when there is a real interferer moving with you in the opposite direction and approaching from behind, the detection distance is about 10 meters. Guaranteed speed at which the system is working – 120 km / h, but at higher speeds we have not noticed any failure.

It is important that the electronics of Chinese DMZ has, as well as the original, a delay in the indication – that is, if the car approaching from behind slows down, and for a short time your speed will be equal (so the signal from the sensor will be interrupted), the indication will not stop. False alarms almost no – a couple of times were noted only when driving along a metal lattice fence close to the road.

So, unlike the sea of various Chinese “tuning” crap, the essence of which is only a vulgar “kolhoz” and wasted money, non-standard universal DMZ systems should be recognized as a really useful element of active car safety, and even at a fairly reasonable price.