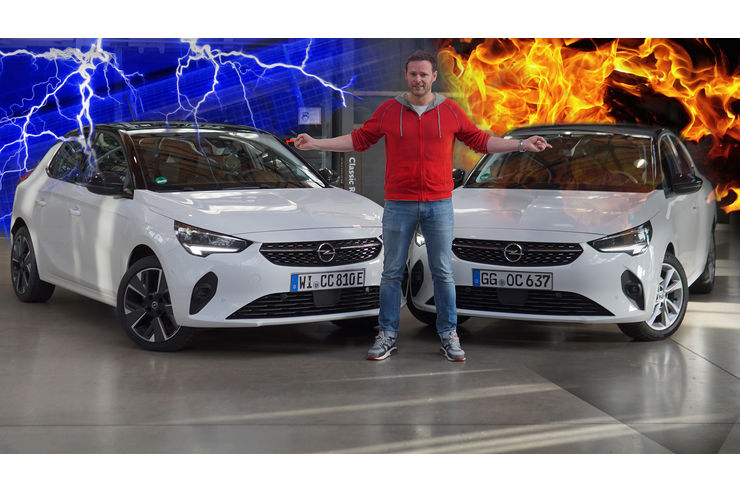 Electric cars are supposed to be clean. Is that really true, or is the internal combustion engine ahead? Chief reporter Alexander Bloch explains and looks to the future.

Electromobility is gaining ground. Thanks to high subsidies, emission-free mobility has recently experienced a real boom, but its share of the overall market remains manageable. Nevertheless, the discussion about e-cars continues and polarizes almost the entire population. The main argument is usually the eco-balance, but are electric cars actually cleaner than conventional combustion engines? Alexander Bloch explores this question in his latest episode of “Bloch Explained” and refers to a recent study by the Association of German Engineers (VDI).

Anyone who has dealt with this topic in depth will have long since realized that it is not enough to judge only what comes out of the back of the exhaust pipe. When it comes to the life cycle assessment of a car, a holistic approach is required. If only because an electric car has no exhaust. Locally, of course, the electric car is emission-free, but a final assessment of CO₂ emissions must take into account the entire life cycle of a vehicle.

The premise of engineers and developers should always be to bring highly efficient products to market that emit as little CO₂ into the air as possible from conception to recycling. If we stay with the “car” example, we are talking about the emissions generated during the production of the vehicle, the production of the fuel (or the provision of the electricity), the use of the vehicle and its disposal (technical term: cradle to cradle).

The battery puts a big CO₂ backpack on the electric car during production.

A lot has happened in the last few years. The CO₂ load of a kilowatt hour of electricity now amounts to 401 grams. This is due to the fact that the share of renewable energies in the electricity mix has now risen to 50 percent (as of 2020), and with the coal phase-out (whenever that may be implemented), the balance will continue to improve. Just as electricity produces CO₂ emissions before it is used in cars, diesel fuel must first be produced. In other words, it has to be extracted from the earth as oil, then refined and finally transported.

kWh is not the same as kWh

A few years ago, for example, a Swedish study attested that a kilowatt-hour of electricity emits 200 kilograms of CO₂. The ifo Institute in Heidelberg, on the other hand, gives a value of 120 kilos. In addition, cell production in particular is experiencing great dynamism, which has recently accelerated further and further. 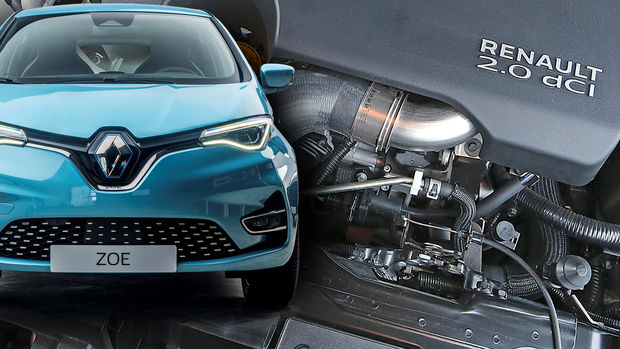 Depending on the production conditions of the electric car, the CO₂ emissions compared to the combustion engine can already pay for themselves below a mileage of 150,000 kilometers.

The (cell) chemistry must be right

An electric car manufactured in China with a cell chemistry made of nickel, cobalt and manganese (in equal parts) can easily produce CO₂ emissions of up to 17 metric tons; nine of these are accounted for by the battery alone. However, the exact production location in China also plays a role, because the proportion of coal-fired power, for example, is not the same throughout the country. As you can see, the assessment is complex. The combustion engine, on the other hand, produces between six and eight tons of CO₂. The e-car can only make up the difference in the emission-free operating phase.

In the future, however, these values will shift even further – not least because of the progressive reduction of cobalt and the enrichment of nickel within the cell chemistry. Alexander Bloch provides an outlook on the development and further exciting reflections on the topic in his current issue of “Bloch explains”. The complete video can be found at the top of the article, and an overview of the most popular electric models currently available in Europe can be found in our photo show.

No, the heat engine is much more exciting and will always fascinate with its sound.

Yes, sophisticated designs with lots of power and maximum efficiency will put any gas-guzzler in its place.

Capturing CO₂ emissions is a complex matter that is influenced by a lot of factors, especially in automotive production. There is still a lot of potential in battery production for electric cars. Currently, vehicles with low mileage as internal combustion engines are still on a par with e-cars in terms of CO₂. However, this situation is already changing in favor of electric cars as the mileage increases – at least if they use modern cell chemistry and are produced at a location with a high proportion of green electricity.