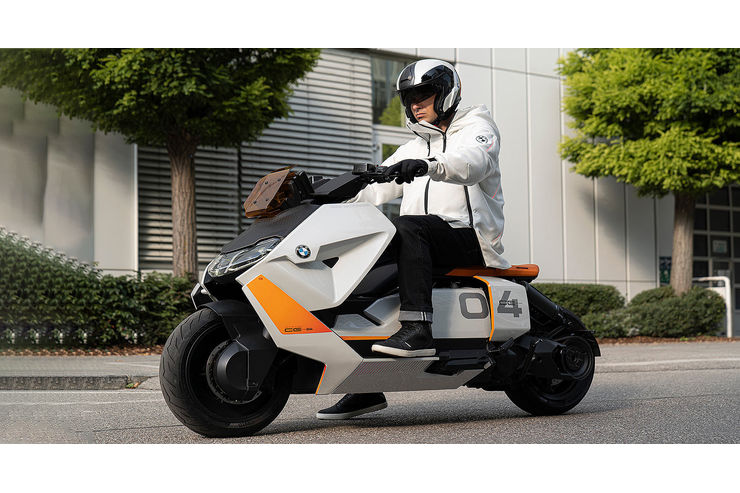 BMW will bring a new generation of its electric scooter in 2021. The successor to the C Evolution will be pretty much the same as the now presented Definition CE 04.

With the Concept Link, BMW presented a rather futuristic-looking two-wheeled city vehicle in summer 2017. However, this study was not that futuristic, as the Definition CE 04 version now presented as an evolution shows. In 2021, it will become a production model in an almost unchanged form.

The BMW C Evolution is currently the electric scooter in the BMW family. It has an output of 35 kW (48 hp) and offers a range of up to 160 kilometers. Enough to be electro-mobile in urban environments. And that’s all it’s supposed to offer in terms of pure mobility. This also applies to its successor – the BMW CE 04, for which BMW has already registered the model name.

BMW wants the Definition CE 04 to be understood as both a means of transport and a means of communication for the city commuter. With its combination of electric drive, futuristic design and comprehensive connectivity solutions, the CE 04 redefines the scooter segment. The holistic mobility experience is rounded off by intelligent driver equipment. BMW has casually tailored clothing items ready for the rider. Protectors and light guide elements ensure safety, while the jacket’s inner pocket offers an inductive charging field for smartphones.

A look at the Definition CE 04 shows how close the 2017 study was to the upcoming production model. It retains the elongated silhouette, which accommodates an unspecified battery lying in the underbody. The electric motor sits behind it and drives the disc wheel, which is guided on a single-sided swing arm, via a low-maintenance toothed belt. BMW does not provide details on the drive or possible ranges.

To avoid any misunderstandings among customers, BMW clearly limits the CE 04’s mobility claim to urban traffic – based on various statistics, BMW speaks of short trips of up to about 12 kilometers a day. And here, variable ergonomics count more than long-distance comfort. 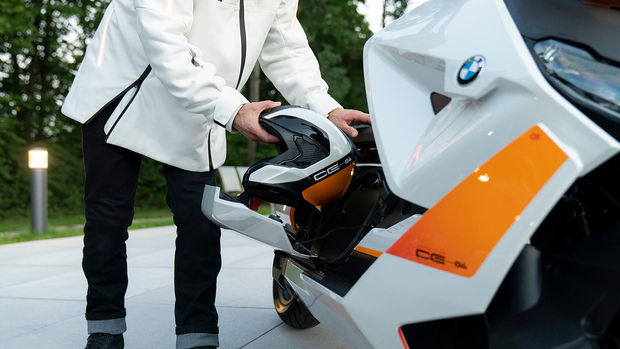 The long, flat and visually seemingly floating seat is designed to accommodate riders of all sizes. Below it sits an unchanged illuminated storage compartment that can also accommodate a helmet via a side door. Two U-shaped LED lights form the front light signature. At the rear, BMW relies on C-shaped LED light strips in the trim panels. 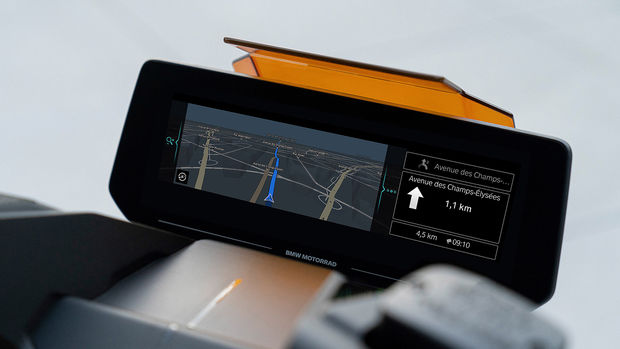 The 10.25-inch display in the cockpit is extremely sociable. Networked with the smartphone, numerous contents and functions can be mirrored here. Different contents can also be displayed in parallel via split-screen technology.

BMW does not dare to leave the urban traffic scene when it comes to electromobility. With the Definition CE 04, the Bavarians present an electric scooter for the city that will go into series production in 2021 in a barely modified form.