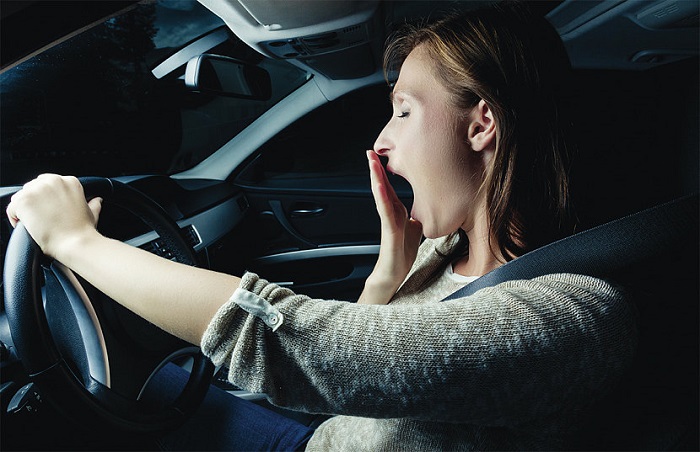 A head-on collision is one of the most dangerous types of accidents. And in recent years, the statistics of such accidents due to loss of control and driving of one traffic participant into the oncoming lane is rapidly growing. It occurs both because of banal physical fatigue and loss of vigilance, and because of inaccurate calculation of the distance for the safe overtaking of the car passing. How to act after detecting an oncoming car in your lane? Is it possible to avoid an accident?

The main causes of accidents due to head-on collisions

The key cause of a head-on collision between two cars is the departure of one of them into the oncoming traffic lane. The following causes contribute to this:

Misjudging one’s ability to overtake. If you correctly calculate the time for which it will be possible to complete the maneuver, or do not take into account the complexity of visibility, it can lead to disastrous consequences. Also among the predisposing factors are optical effects, weather and other phenomena that distort visibility and perception of the actual distance to the oncoming transport.

Falling asleep at the wheel. Sleeping at the wheel is one more reason of frontal collisions, especially among the truckers, who spend much time in monotonous occupation. In this case, “blackout” happens instantly, right in the process of driving. Among the characteristic signs of excessive fatigue are: long driving in the oncoming lane in the absence of obstacles, uneven driving trajectory, etc. If the driver does not respond to sound or light alerts, you have to act soberly, relying on your strength, having previously calculated the likely trajectory of the car.

Loss of Control. If the vehicle skids and the driver loses control over it, it will drift into the oncoming lane or ditch. In such case, it is extremely difficult to calculate the trajectory of movement, as it depends on a number of factors (speed, condition of the pavement and tires, performance of maneuvers, car weight, etc.). The only thing left to do in such a situation is to hope for luck.

How to act at detection of an oncoming car

The sequence of actions at occurrence of a potentially dangerous situation with the oncoming car happens differently and is defined by accompanying factors. Among them:

When it comes to overtaking

Having found a car in your lane, which plans to overtake, you should preliminarily estimate its speed. It is categorically unacceptable to lose self-control and try to enter the oncoming lane, not having designed the trajectory of movement, because this will lead to an inevitable collision.

If the speed of the car is high, and he does not have time to complete the overtaking, returning to his lane, you need to start braking. However, how to do it: smoothly or sharply, it depends on the situation on your side of the road. If you begin to rapidly reduce the speed, the driver is likely to be the next car will not be able to react in time to this. And in this case, the impact from behind will cause skidding of the vehicle with all the ensuing consequences, including the removal to the oncoming side.

Some motorists panic and shift to the side of the road, but braking in such conditions may also lead to an accident because of the unsuitable surface with a low coefficient of grip. The presence of rocks, snow, mud and other objects that can get under the wheels jeopardizes control of the vehicle.

Driving in the oncoming lane for no apparent reason

If the driver of the oncoming car manages to get back into his lane and there are no obstacles in front of him, but he is in no hurry to do so, slow down and try to “reach out” to him with high beam headlights or an audible signal to report the risk of a collision. There is a chance that he just fell asleep or can’t see the oncoming car. Such actions often help get his attention.

If there is no reaction on the other side, or the motorist has no way to regain control of the vehicle, release the brake pedal and shift to the right or left, depending on the situation. If the curb has good coverage, it is better to swerve onto it.

In winter, the best solution (provided that there are no obstacles) is to move to the oncoming lane. In this case it is important to inform about your intentions to another traffic participant in advance with the appropriate indication of the turn signal. Otherwise, the probability of frontal collision will not decrease, but it will occur oncoming traffic.

If other cars don’t interfere with it, you may maneuver to the left shoulder. It is extremely dangerous to drive onto the oncoming lane, without making sure there is nobody there. But some drivers in panic allow such actions even on an increase. This way there is a high risk of head-on collision with another car. If after the dangerous situation the driver started to return to his lane, pull over as close to the shoulder as possible.

If you have no opportunity to complete the maneuver

If you find yourself unable to complete a dangerous maneuver while overtaking, try to draw the attention of the oncoming driver with your high beam headlights by blinking 1-2 times. This will attract his attention and inform him of the need to reduce speed. This way you will have two ways out of the pre-accident situation:

All actions should be deliberate, not chaotic in a panic. When returning to your lane, it’s also important to avoid undercutting a passing car.

You may shift to the left lane only in critical cases, because it is aimed exactly at oncoming traffic participants. And in case of a potential danger, they will most likely try to move there in order to avoid a collision.

Experts recommend to start overtaking, having previously increased the distance between your car and the car ahead. Thus, there will be an additional review of the situation in the oncoming lane and the time for acceleration.

It is important to avoid such maneuvers in the following situations:

Planning to overtake, it is important to carefully assess the density of traffic ahead and make sure that it is safe to return to your lane. Often the cars in front move in a dense group, resulting in the need to overtake several cars at once, rather than one of them.

What to do in an unavoidable head-on collision

If the collision is inevitable, as there is no possibility or time to make additional decisions and maneuvers, you should try to reduce the speed of your vehicle as much as possible. Experts point out that changing the direction of motion in order to get hit on a tangent will not lead to anything good, because you will not be able to foresee the possible consequences.

In case of frontal collision, there is a probability to protect passengers and driver with airbags. And if the collision happens tangentially, the car can simply fly above the ground and overturn several times, and then fly into the ditch. In such circumstances the injuries can be much more serious.

The key rule in an unavoidable collision is to regroup as much as possible, to cover your chest with your elbows and eyes and face with your palms. It is also important to take your legs off the pedals, so as not to be hurt by the crumpling body and not to be trapped between the front panel and the seat.

Important: In most cases, to avoid fatalities in a frontal collision, you should slow down as much as possible in your particular situation. Even if an accident occurs, but the movement of the cars is relatively slow, there is every chance of getting away with minor injuries.