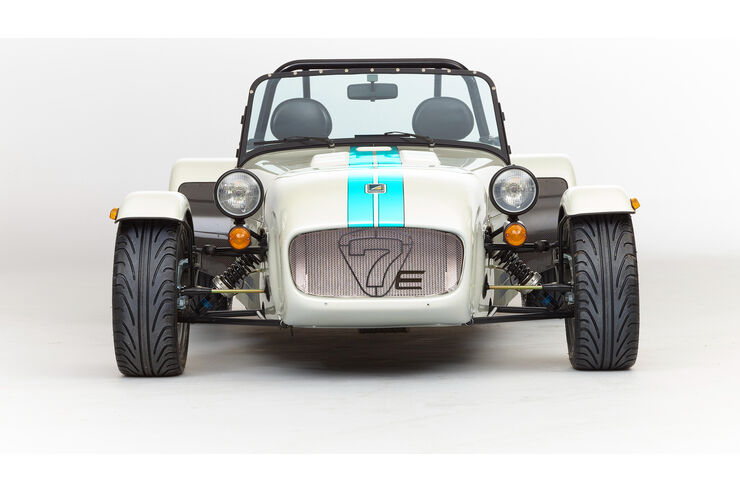 Caterham builds extremely lightweight hardcore sports cars in the style of the Lotus Seven. Now the brand is working on two electric models.

Caterham builds purist sports cars in the style of the Lotus Seven. Graham Nearn, a Lotus dealer from the English village of Caterham, bought the license to build the cars directly from Lotus founder Colin Chapman in 1973. Small combustion engines (formerly from Rover, now from Ford) have always been an essential part of Caterham’s lightweight concept. Now Caterham boss Graham Macdonald has announced two electric models. Fans are unsure whether this means the Caterhams are still purist and light enough.

Caterham builds extremely lightweight sports cars that are known for their outstanding handling.

The electric Caterhams are to be based as far as possible on the familiar technology, but the chassis and suspension will have to be adapted to the electric drive. Nevertheless, the weight of the EV-Seven, which is expected to increase significantly due to the electric drive, is a problem. For example, engineers want to dispense with a regenerative braking system in order to save weight. In addition, the battery is likely to be as small as possible – both of which are detrimental to a long range. However, Caterhams are also more fun joyride cars than vehicles for long journeys. 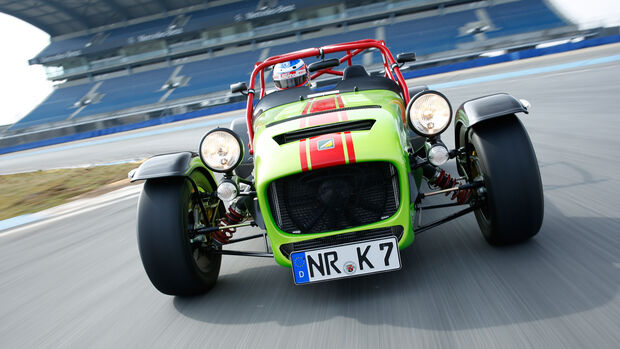 Graham Macdonald says he has already driven an electric Caterham prototype. Due to the maximum torque of an electric motor, which is already present at standstill, he predicts an acceleration time of 2.79 seconds from zero to 100 km/h – as fast as a Caterham 620 R, which has 310 hp but weighs only 602 kilograms. 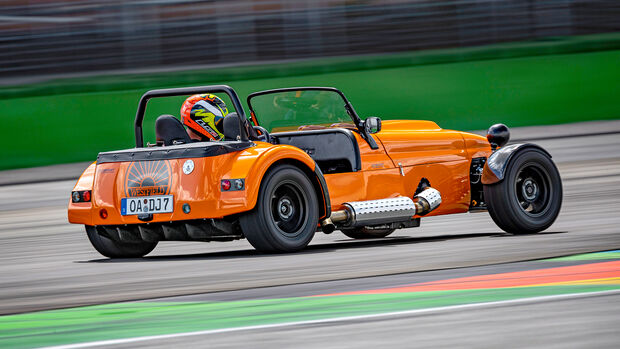 Caterham’s competitor Westfield from Kingswinford in England has been converting individual track models to electric drive for more than ten years (the picture shows a Westfield Sport 300 with combustion engine).

Caterham wants to present its electric variants for its 50th anniversary in 2023, but they will not go on sale until 2026. Before then, Caterham executives still have to finalize contracts for the supply of batteries and electric motors.

Yes – if only because no automaker that wants to survive can get around electric drives in the short term.

There are no pictures of the electric Caterham models yet. In the picture gallery you can see photos of the Caterham 620 R in the test.

Electromobility doesn’t stop at likeable niche suppliers like Caterham: The lightweight Brits will soon be equipping two of their purist Seven Car versions with an electric drive. This poses three problems for Caterham: An electric drive is heavier than a combustion engine because of the battery – but lightweight construction is the most important pillar of the Seven Car philosophy. In addition, a sports car is energy-hungry when driven according to the model – and currently a lot of energy can only be stored in particularly large and therefore heavy batteries, which is probably abhorrent to the Caterham developers for the above-mentioned reason. And paying for the development of an ultra-light electric car is three times more difficult for a small manufacturer than for a large one that can pass the costs on to millions of cars sold. It’s not for nothing that Caterham is now working with Morgan, another small British manufacturer, on vehicle homologation.

Caterham is also feeling the pressure from the competition, which also exists in the small world of seven cars. Westfield from Kingswinford offers Seven Cars that are priced somewhat below those of Caterham – and Westfield has been equipping individual track models of its cars with electric drives for more than ten years, in some cases to participate in esoterically small electric car racing series. If Westfield launches an electric production seven-car, Caterham, as an officially licensed seven-car manufacturer, certainly won’t want to stand on the sidelines.

And if Caterham still wants to sell cars in its second-largest market, the UK, from 2030 onwards, the sports car manufacturer will have to rely on new drive systems anyway – after all, from that point onwards there will no longer be any new registrations for cars with internal combustion engines on the domestic market.