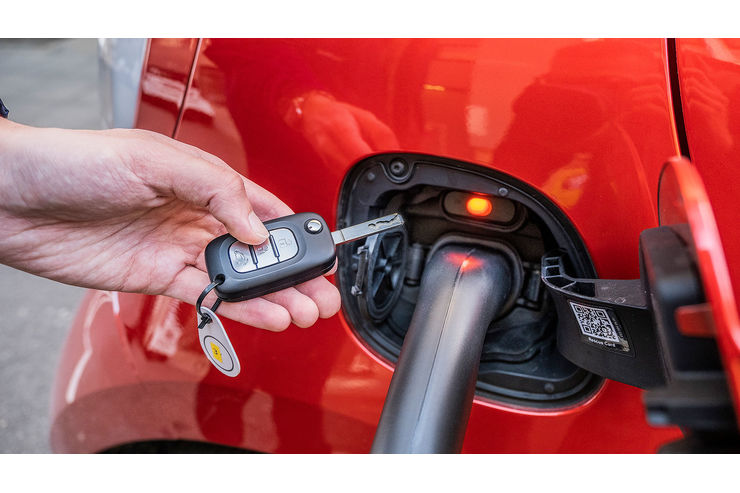 When e-cars charge, they lock the plug in the socket. Why this is so and how this locking can prevent further travel.

An electrical lock (2) for the plug is located in the charging socket.

Why does the car lock the plug?

At the charging station, this interlock prevents third parties from interrupting the charging process by simply pulling the cable. For cables that are not permanently connected to the station, this is also an anti-theft device. The most important reason, however, is safety: If the plug were to be disconnected during a high-voltage charge, an electric arc could form. The problem is secondarily the current flow, but the high voltage between the open line ends. For this reason, the three-phase house plug should never be removed from three-phase wall boxes in full operation. At charging stations with Type2 or CCS connections, the cable is usually permanently installed at the charging point.

Does the interlock open again?

What does the light mean? 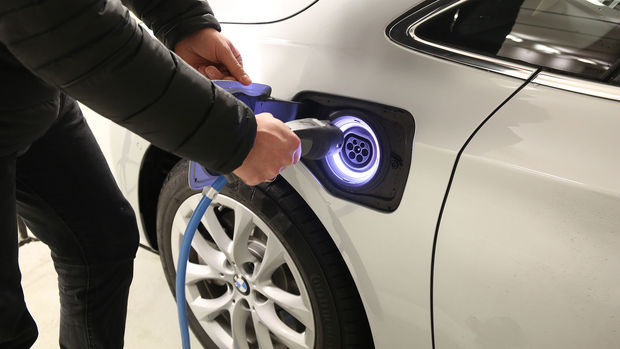 At BMW, the charging socket is illuminated for better orientation.

Whether everything is running smoothly during charging is usually indicated by LED lighting around the electric car’s socket. However, it is often not self-explanatory how the different colored lights are to be interpreted.

When could the release block?

Experience from the auto motor und sport test operation shows: In the vast majority of cases, the problem is behind the steering wheel or at the charging cable. If you don’t interrupt the charging process, you can’t disconnect the plug. Those who aren’t used to an unlock button don’t find or press it, and those who don’t know how to unlock via central locking don’t try. In the course of five years now, according to colleagues from the test department, there has only been one mechanical defect on a vehicle, in which the reverse problem then occurred: The locking of the cable was prevented, so that charging could not begin. 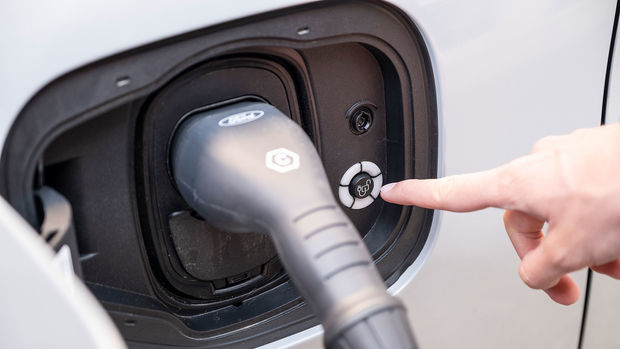 The Ford Mustang Mach E has a button under the tailgate that can be used to cancel charging. 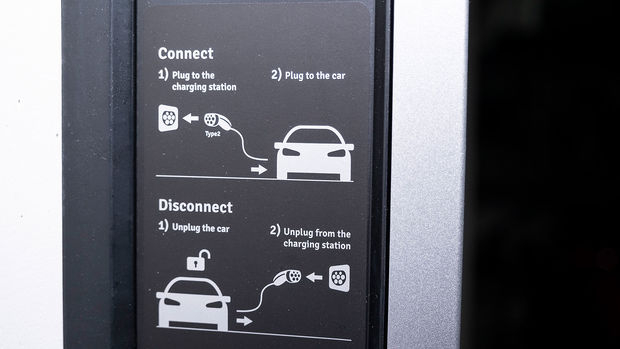 Connecting the e-car to the charging point in a different order may cause problems.

How could you get a blocked latch open?

If you can’t unplug the charging cable from the car’s socket, you should first check the following points:

If all else fails, the cause of a recalcitrant lock is probably a protocol error. In other words, there was a misunderstanding during the “conversation” between the charging point and the car. In that case, the (mechanical) emergency unlocking system, which all e-cars should have (at least we don’t know of any without it), could be a remedy. The actuation can be hidden, again the manual helps.

In the VW ID.3, there is a small flap on the right side of the trunk that can be opened (the first time) with a little pressure. Behind it is the emergency release: a small, green loop that you pull to unlock the charging cable. In the i3, the control is located in the frame of the right rear door – in the immediate vicinity of the charging socket.

The owner’s manual of the BMW i3 suggests consulting a workshop after an emergency unlocking. However, according to BMW, this is not a necessity in order to be able to recharge. Rather, the service staff there should determine the cause of the blockage and remedy it if necessary.

If you are stuck at a charging station, you can press its emergency stop button or call the operator (number usually on site) so that he can stop the charging process. In most cases, this should also release the plug lock on the car.

What not to do: Try to pull the cable or the plug by force. This could lead to considerable damage if force is used.

No, those who have charged an e-car a few times will have no problems with this?

Yes, the electric lock is simply unintuitive, so you can pull on the plug in desperation.

In auto motor und sport’s experience, e-cars extremely rarely seriously jam the charging plug in its socket. In most cases, interrupting the charging process, opening the central locking system or pressing an appropriate button will remedy the situation. A look at the owner’s manual is always a good idea. It will also tell you where to find and operate the emergency release.