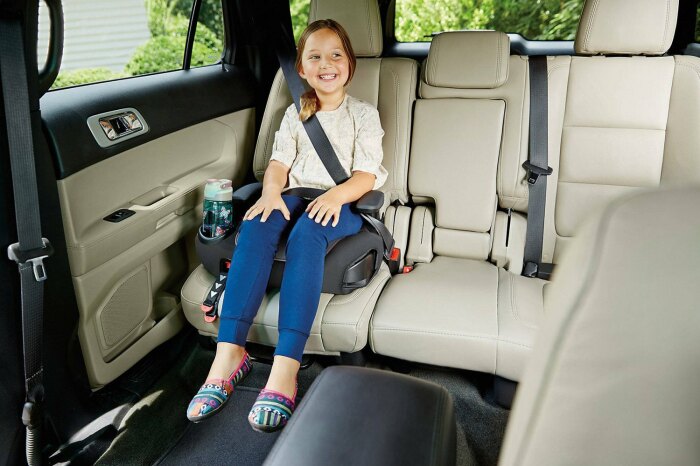 There is no single answer to the question of where exactly to put a child seat among motorists. Some will argue from the last mile that a child belongs in a seat right behind the driver. Others – that it is safer to put the child behind the front passenger. In fact, there is still a concrete answer to the given question, and it was given by numerous crash-tests and tests of automobile children’s seats.

So, adherents of installing a child seat behind the driver’s seat will appeal to the fact that the motorist always intuitively tries to get his side of the car out of the way when threatened with an accident. On the other hand, the adherents of the seat installation behind the passenger seat will point out, that it is the safest there. Allegedly in view of maximal distance from the driver and the potential place of collision. Who is right?

Actually no one. Both places are equally dangerous for the simple reason that the driver never knows where trouble will come from. In addition to head-on collisions, there are many other types of accidents that don’t happen much less frequently. Worse, the automobile as a whole is a high-risk place for a child, and therefore any choice here will always be between a bad and a bad one. You have to have the courage to admit that, in practice, most parents do not put the seat as safe, but as convenient for them in the matter of communication with the child.

But what do crash tests say? If we trust the science, the answer of engineers will not please parents. The safest place in the car (as safe as it can be in principle in case of an accident) is the middle seat in the back. But there is one huge “but”. Many models of cars on this seat have neither brackets for attaching ISOFIX standard car seats, nor a safety belt for its secure fixation. So you only have to choose between the right and left seats.