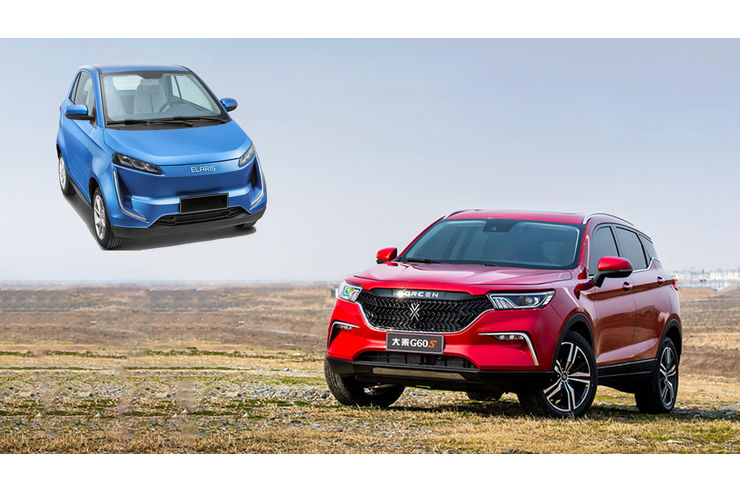 The start-up Elaris offers the two electric cars E20 and G60S from the Chinese manufacturer Dorcen under the European names Leo and Finn.

Under the name Elaris, Andreas Matthis and Lars Stevenson are selling two purely electrically powered vehicles in Germany called Leo and Finn. Behind the Europeanized names are the G60S SUV, which is actually powered by gasoline, and the E20 subcompact car from the Chinese manufacturer Dorcen. The list prices of the two e-cars are 37,900 euros for the Leo and 22,900 euros for the Finn. After deducting the environmental premiums (6,000 euros federal share and 3,000 euros manufacturer share), the prices are expected to drop to 28,420 euros and 13,420 euros, respectively, according to Elaris calculations. Both electric cars made their debut at the 2019 Shanghai Auto Show.

Elaris is not only the exclusive importer for Dorcen vehicles, but also brings technological know-how to the table. For example, the team Dr. Lamm – former head of eDrive pre-development Daimler AG – also includes a network of e-mobility specialists. The vehicles are optimized for European requirements in terms of battery management (thermal management) as well as bodywork and are constantly being further developed in a technology cooperation with Dorcen. Elaris is marketed by a growing dealer network – currently more than 50 dealer contracts have already been signed nationwide. Euromaster provides the European service. 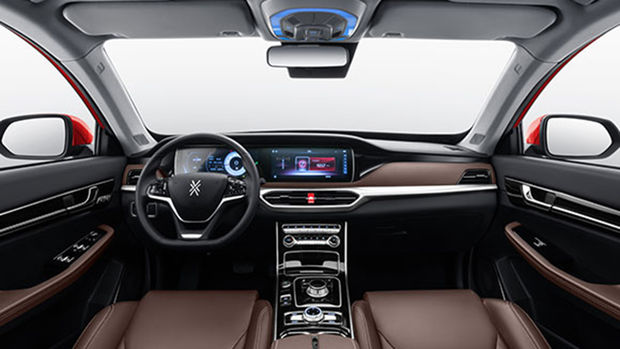 It makes use of the 80-kilowatt-hour water-cooled lithium-ion battery, which should provide a range of 400 kilometers according to WLTP. Electricity consumption is said to be 18.6 kWh per 100 kilometers, according to Elaris. The battery is fully charged after eight to eleven hours. At the fast charger, it is said to take only 20 minutes to reach 80 percent charge. Safety features include driver and passenger airbags, ABS and an electric parking brake. Cruise control, leather seats and a voice control system provide comfort. 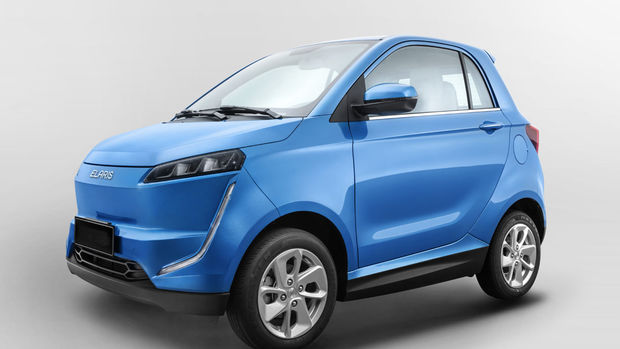 The Elaris Finn is 2.87 meters short. 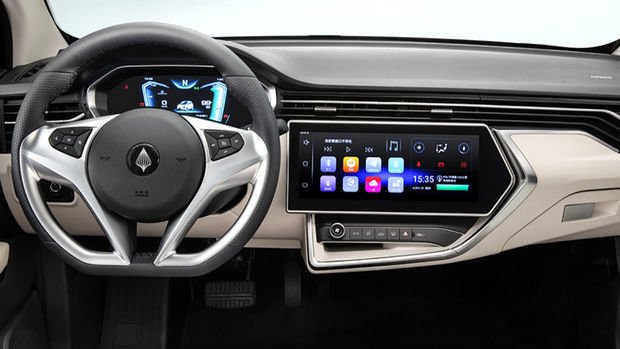 The cockpit of the Elaris Finn.

In contrast to Leo, Finn is a bit more modern. For example, its passengers can enter the car keylessly and illuminate the road ahead with LED front headlights. Using the multifunction steering wheel, the driver can operate the displays on the LCD instrument screen. The infotainment screen in the center console is 12.3 inches and offers navigation and smartphone compatibility. Things are also more modern when it comes to reversing. Here, Finn gives his brother Leo a run for his money using a rearview camera instead of rearview sensors.

Dorcen is trying to get its two electric cars, the E20 and G60S, on the roads in Germany via the start-up Elaris. To make it work, the two e-vehicles were even given typically “European” names: Finn and Leo. Let’s see if it works.