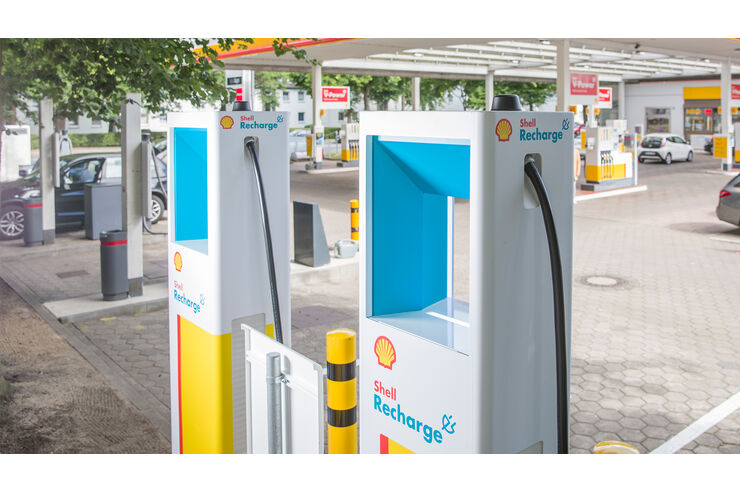 Shell is currently working intensively on an improved charging infrastructure and is pushing ahead with the expansion of its own fast-charging stations at Shell service stations.

While the range of electric cars has seen a considerable upswing in recent years, many customers are still critical of a move away from the combustion engine. This is often due to the fear of an inadequate charging infrastructure and the chaos with numerous different provider and billing models. It is hardly surprising that many drivers find this difficult – after all, they are spoiled by a dense and well-functioning network of filling stations. But what if the two were to grow together – service station and charging station?charging station and service station in one? This is already a reality at many Shell stations.

Shell has been working on expanding its charging infrastructure for some time now, because the company sees itself as part of the energy transition and wants to continue to be a reliable partner to its customers – whether they are filling up with electricity or gasoline. Since 2018, Europe’s largest charging provider NewMotion has already belonged to the Shell Group, whose roaming network already comprises 200,000 charging points across Europe. This is an open mobility network in the EU that spans 35 countries and more than 200 partners. Within it, drivers can use the services of all providers with just one charging card.

Those who are in a particular hurry can use one of the 150 Shell Recharge fast-charging points at Shell service stations, which offer a charging capacity of up to 150 kWh. This means that, depending on the type of vehicle and battery capacity, an e-car can charge electricity for a range of up to 100 kilometers in around six to eight minutes. By the end of 2021, this offering is to grow to 110 locations with around 240 fast-charging points under the Shell Recharge brand. By 2030, Shell plans to offer around 3,000 charging points at 1,000 stations. A valuable side effect: Here you can refuel with 100 percent electricity from renewable sources. 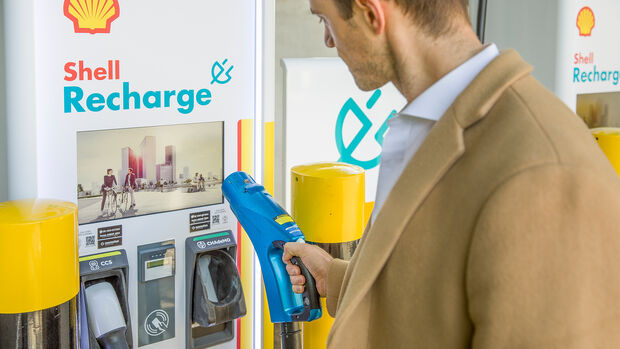 At Shell, you tap into 100 percent renewable electricity.

In addition, Shell also supports the joint venture Ionity, which was launched by BMW, Daimer, Ford and VW. The goal of the cooperation is to establish a dense network of ultra-fast charging stations with 350 kW charging capacity along Europe’s highways. Apart from the high-speed faction, however, Shell is also moving into the cities. At the start of 2021, one of the largest on-street charging providers was brought on board with the purchase of the company Ubitricity. The Berlin-based company is already active in many countries and is working with various local authorities to integrate charging points into existing street infrastructures such as lampposts or bollards.

Those who would like to do without a card in their wallet altogether for charging at the charging station can also use the Shell Recharge app for their smartphone. The mobile application not only navigates you to the nearest charging station, you can also filter the stations by capacity, type and availability. What’s more, those who have registered their charging card in the app can pay directly with their smartphone and, on top of that, receive a cost overview for all charging transactions made. 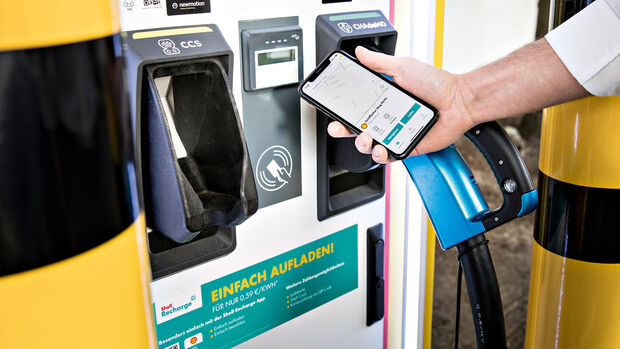 Anyone who has registered their charging card in the Shell Recharge app can leave it at home in the future – and pay directly via smartphone.

In fact, the service doesn’t end at the Shell station or the public charging point, but will accompany you all the way home if you wish. Together with NewMotion, Shell also offers wallbox solutions for home charging and the right green electricity tariff with Shell Energy to go with it.