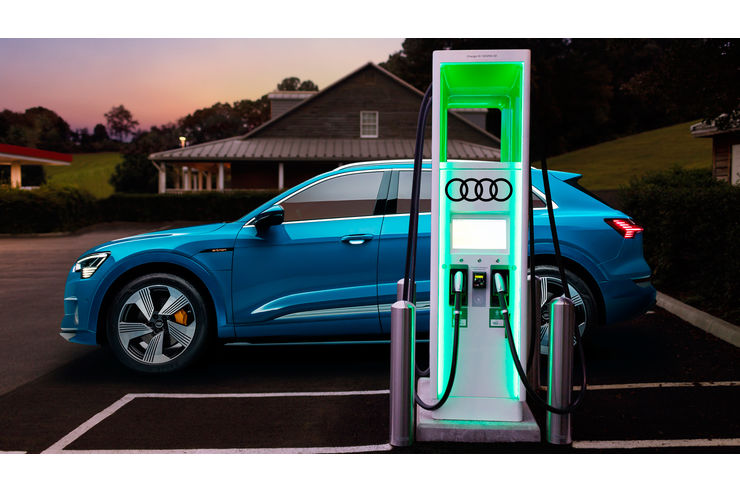 Premium fast-charging network for Audi and Porsche?
Why Audi is investing in its own Superchargers

Audi wants to have a new travel electric car ready in 2024. In addition, the Ingolstadt-based company is looking into investing in an exclusive charging network for frequent drivers together with Porsche. All like Tesla.

With the help of the Artemis project, Audi boss Markus Duesmann wants to build a luxury electric Audi for long-distance travel in record time. The vehicle, known internally as the “Landjet,” should be on the road in 2024 and, if possible, not slowed down by a lame or spotty charging infrastructure. If Duesmann and his Artemis team have their way, the VW Group will have to spend a lot of money to dramatically improve its charging services for its own customers. The role model is, of course, Tesla with its nearly 2,000 Supercharger stations in Europe. The industry leader has shown how crucial it is for the acceptance of electromobility for manufacturers to have the energy supply of their vehicles under control. In an interview with Handelsblatt, Audi CEO Duesmann has now confirmed plans to this effect: “We are examining whether to build our own premium charging infrastructure in major cities,” Duesmann said.

Tesla is leading the way: Highly frequented Supercharger stations are being upgraded to comfortable rest stops. This brings convenience and additional revenue.

More than a billion euros investment

So additional millions for the Ionity consortium, in which Audi is a partner? Perhaps. But then the issue of exclusivity would become difficult. After all, the Ionity charging stations are open to all users, and those who drive a car from a consortium partner charge at a correspondingly lower rate. Perhaps an exclusive reservation option for Audi drivers would be conceivable. Details? No. In principle, Audi’s own network is to consist exclusively of fast chargers that offer at least 150 kilowatts of power. They are targeting 200 to 300 stations in Ingolstadt, Handelsblatt reports. Cost: more than one billion euros. An investment that Audi could possibly share with Porsche and the group’s other premium partners.

Three scenarios are being discussed

In addition to cooperation with Ionity, it would also be conceivable to cooperate with one of the major mineral oil companies, which have long been working on their own charging networks. Shell’s takeover of Newmotion has made it a major supplier in Europe from a standing start, and it can score points with 155,000 charging points in 35 countries. But Audi also has good contacts with Italy’s ENEL. Third option: Do everything yourself. Own charging stations, own locations, own infrastructure. Initially exclusively for Audi drivers. Later perhaps also available for Porsche drivers and other premium customers of the VW Group. A 1:1 copy of the Tesla Supercharger idea as a closed system. Whereas at Audi they would rather see themselves inspired by Electrify America. Its foundation goes back to Volkswagen’s diesel scandal. In a settlement, VW undertook to invest a total of two billion US dollars in the development of a charging infrastructure. This is to result in 2,000 charging points at almost 500 locations. 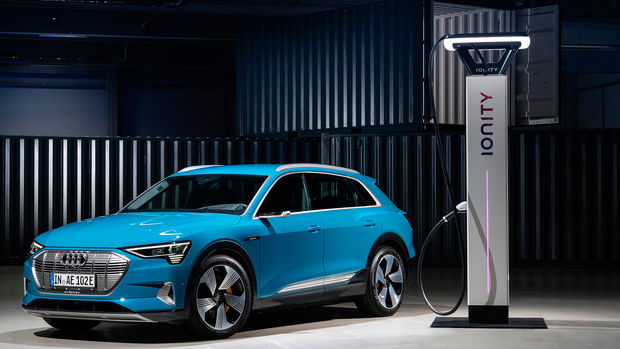 Ionity has come up with the new HPC charging stations. But most of them are still standing lonely without a roof. And if the number of e-cars continues to grow as usual, the Ionity charging stations will quickly become crowded.

Advantage for own charging stations

It’s not hard to imagine that the last option has many fans at the Alex Hitzinger-led Artemis project. Focusing on a closed user group and a manageable number of vehicles to begin with makes it much easier to provide an extremely efficient charging process. Drive to the charging station. Plug in. Off you go. No fumbling with RFID chips or credit cards. True plug-and-charge, perhaps even in combination with reservable charging points. 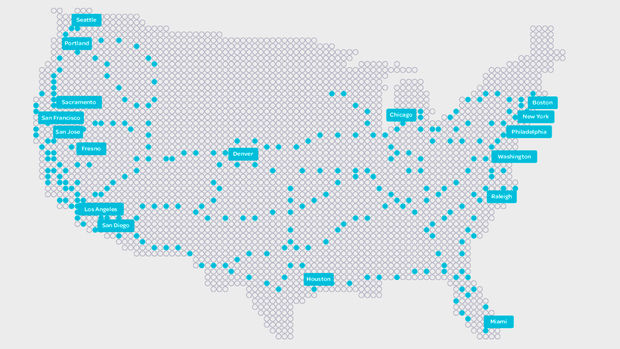 The next important point for the Audi team: The charging stations must become more convenient and attractive. The Ionity fast chargers have received a lot of praise for their futuristic design, but most of them are still very lonely in the area. No roof, hardly any infrastructure around them. Apart from the fact that nobody wants to get out of the car in a downpour to fumble the charging plug into the car, the still very rudimentary equipment of the current high-power charging (HPC) stations also prevents further monetization options. Tesla has long been working on converting high-traffic Super Charger stations into electric rest stops. With large solar carports and Tesla lounges where you can stock up on everything you need on the road for a fee during your break.

Yes, because I’m still waiting for that.

No, I believe in the future of the combustion engine.

Driven by the Artemis force, the topic of charging infrastructure is back on the agenda at VW. That is important. Because neither VW, nor any other Ionity partner, can rest on their laurels. The Ionity stations are a fine thing, but against the backdrop of massively increasing electric car registrations, they will very quickly reach their limits. A second fast-charging network within the VW Group would not be a bad idea. Ionity for the mass of vehicles, the new Audi network for premium customers who regularly drive longer distances. The only question is how quickly something like this can happen. 2024 is not far off. Given the time frame, there is a lot to be said for additional Ionity money, or cooperation with an existing provider. In view of the customers and what has long been standard at Tesla, however, it should actually be the “big” solution: Audi’s own network.