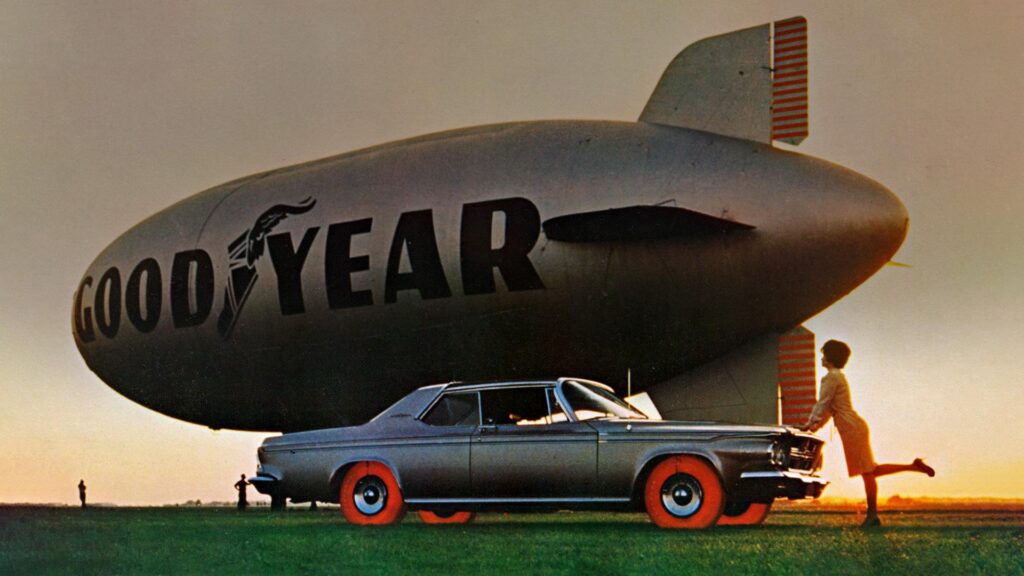 By using different colors on the sides of its tires, Pirelli allows the Formula 1 viewer to easily understand which tire lineup Sebastian Vettel or Lewis Hamilton is driving on, and its “civilian” customers to show off their friends with Pirelli Color Edition lineup tires. Of course, all these things are necessary. But if we talk about real showing off, the Goodyear tires of half a century ago will be cooler.

In the early 1960s, automotive journalists around the world received a newsletter from Goodyear – the company reported the imminent debut of “one of the most incredible developments in the tire industry ever. This was a new rubber compound called Neothane, developed by two chemists from the company – William Larson and Anthony Finelli. 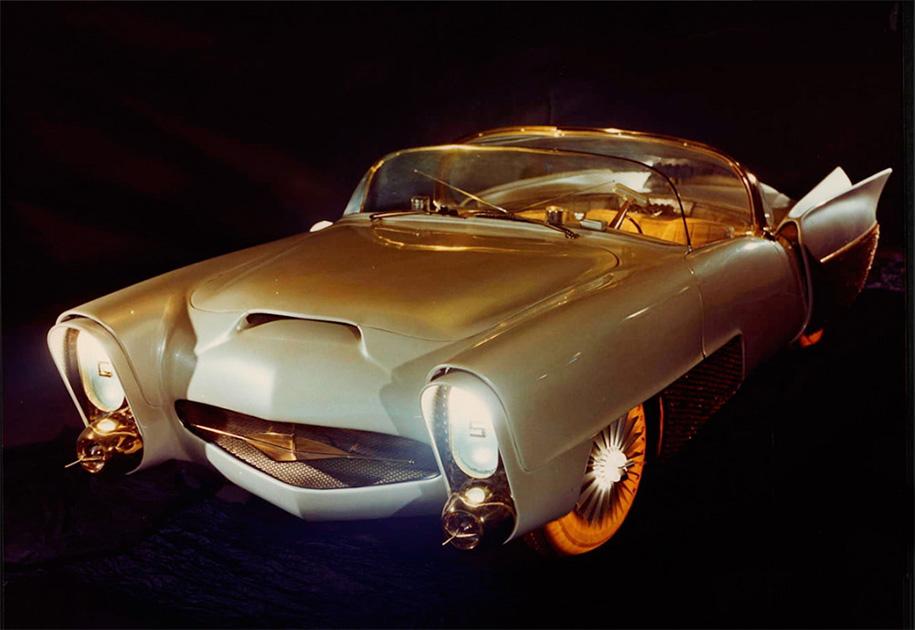 In fact, Neothane was born back in the early fifties and really showed great promise. The main advantage of the material was that it was not necessary to assemble the rubberized fabric layer by layer and put this “sandwich” on the cord to make a tire from it, because, firstly, Neothane tires were baked in a simple mold (at 120 degrees Celsius), and secondly, the material was strong enough to do without cord. At the same time, in terms of traction properties, Neothane was not inferior to the usual rubber.

Structurally, the mixture was like a three-dimensional grid, which gave an interesting side effect – translucency. Noticing this, Goodyear decided to add dyes in different shades to its composition and ended up with tires colored in green, yellow, red, blue and orange. So you could pick up the color of your favorite woman’s dress – that’s what the brochure said. But Goodyear engineers went even further in terms of personalization – in fact, the translucent tire could be illuminated! 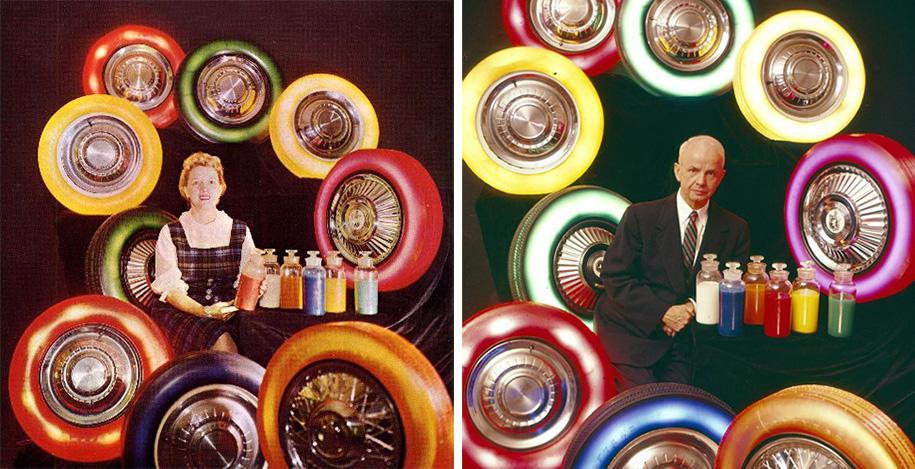 This is why Goodyear’s next newsletter was about to feature experimental tires with 18 bulbs placed inside each tire and controlled by the driver individually from the steering wheel with a remote control – you could light up one or more tires and set different lighting modes for each wheel (permanent illumination or flashing).

Promotional flyers looked grand, and potential customers could not wait to see how the revolutionary colored and luminous tires would go on sale. The wait turned out to be in vain – the neotan tires never made it to the market.

There were three reasons for this. The first one was the instability of the material: if up to a speed of 100 km per hour the tires behaved perfectly, after that they started to loose grip. Plus, the Neothane had poor grip on wet roads and tended to overheat under hard braking. Goodyear’s experts had been trying for nearly a decade to overcome the compound’s inherent flaws, but in vain. 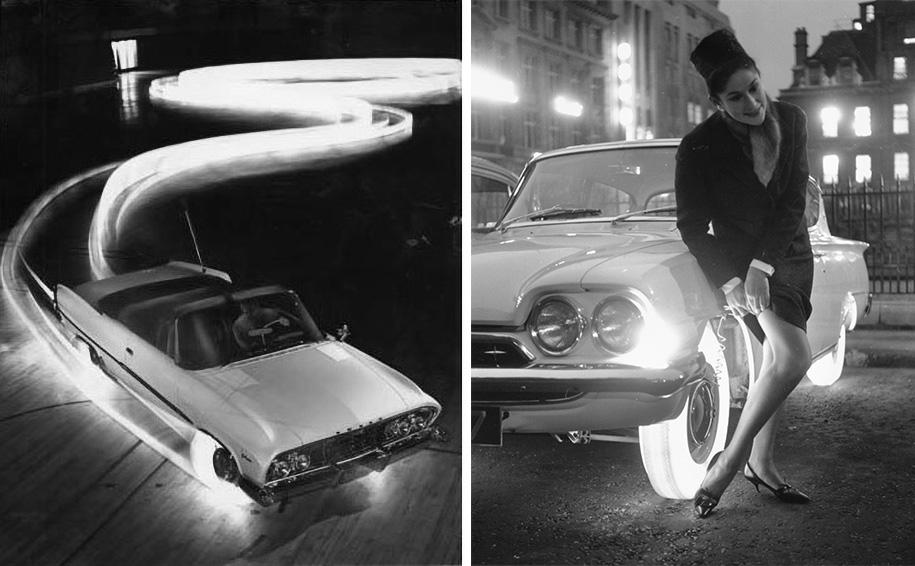 The second reason is price. If neotan tires went on sale, they would cost several times more than regular tires – especially when it comes to the bulb version. Finally, the third on the list, but not the most important reason, was safety: in darkness or poor visibility conditions, red, yellow or green tire “lights” could confuse drivers of other cars, which was fraught with an increase in accidents. 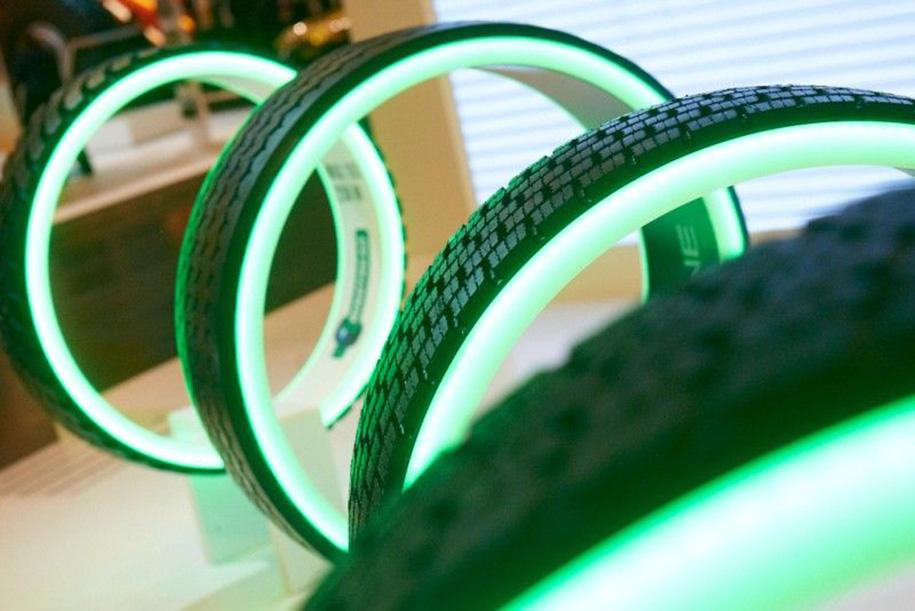 It’s entirely possible that humanity will still return to colored or glowing tires – especially when autopilot systems are implemented. Nevertheless, when they do – know that something like this almost appeared back in the warm, “light bulb” 60s.