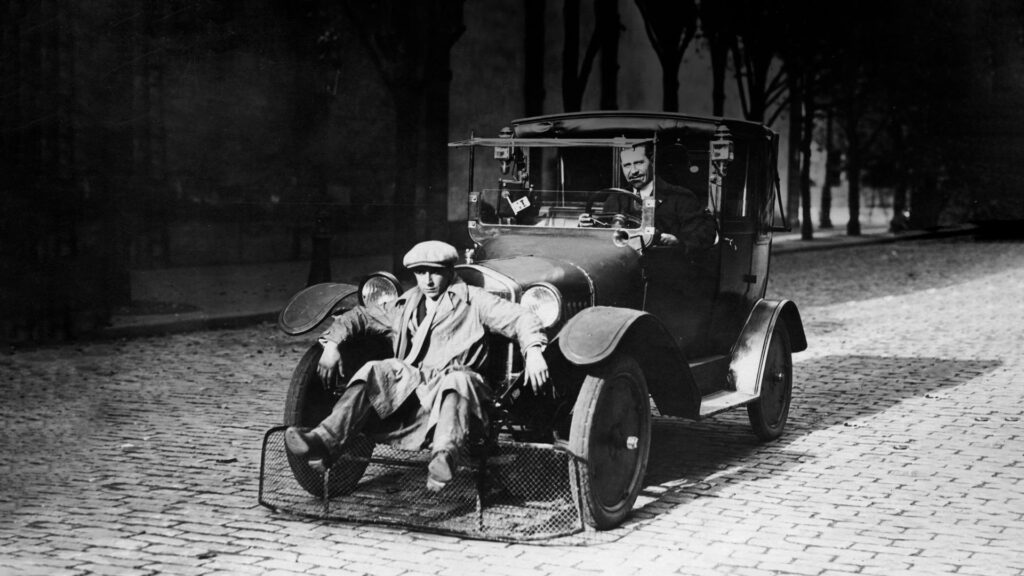 Nowadays in order to successfully pass the crash-tests, a car must be extremely safe not only for the passengers inside, but also for those who can be hit by this car. Hoods are raised above the engines, even airbags for pedestrians have been created. And how was the problem of collision suggested to be solved in prewar period? They came up with one way…

The first pedestrian died under the wheels of a car in 1896 – the “lucky woman”, who opened the million statistic, was a resident of London Bridget Driscoll. The speed of the car that hit her was “insane” by the standards of that time – about 13 kilometers per hour, which was twice the maximum allowable limit. After this incident, engineers from all over the world began thinking about how to keep people safe with a ton of cold metal moving on them.

Besides bumpers and fenders, which somehow protected passersby from the meat grinder of the front wheels, there were no more or less effective solutions until the 1920s (in rare cases, however, drivers put a semblance of a steam engine blizzard). But a mini-revolution took place in 1927, when the “Pedestrian Safety System” was introduced in Berlin. 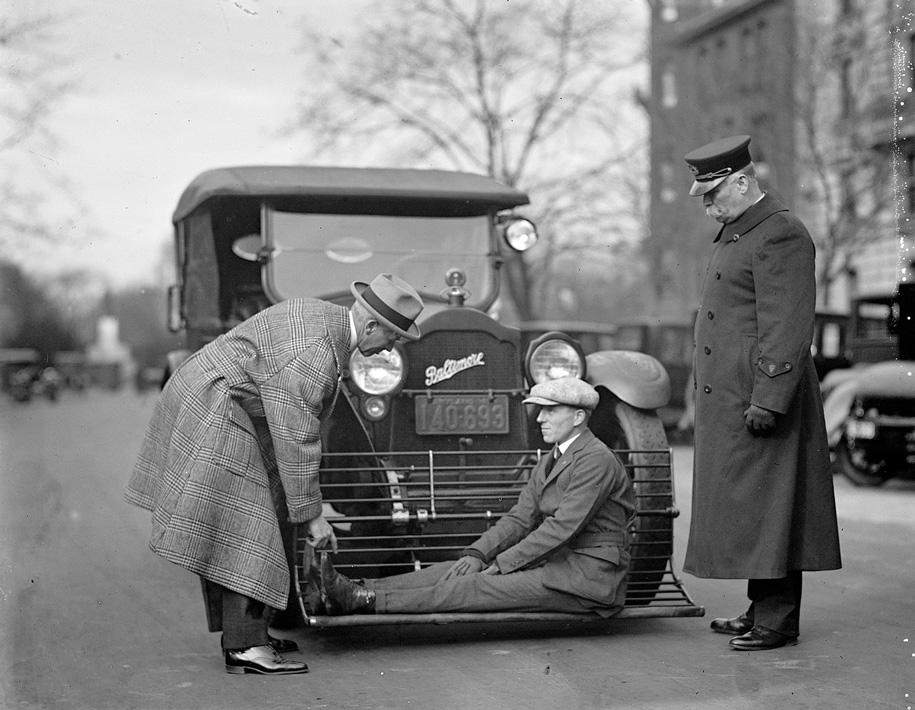 In essence, it was a kind of hammock, which was attached to the front of the car and was always ready to take a passerby “into its arms.” But this solution had a number of inborn disadvantages: firstly, a massive construction in front impaired the visibility, and secondly, it made the car significantly longer, complicating the habitual manipulations behind the steering wheel. And how many pedestrians could overcome the instinct of self-preservation and force themselves to stand in front of the car?

Then a pair of rugged fellows from the British Sheffield invented a mechanism that was popularly known as a “pedestrian catcher. It was also called the “safety scoop” and the “car catcher.” Here’s what the cover page of Modern Mechanics in 1931 said: “This unfolding safety device sweeps away pedestrians! Sweeps them away in the truest sense of the word! And it does it before they fall, thereby saving them from being run over and almost guaranteed death under the heavy wheels.”

About the peculiarities of the miracle mechanism tells the publication CityLab and preserved videos. To cut a long story short – in non-activated condition a “catcher” is hidden in a front bumper. As soon as there is a danger of hitting a pedestrian, the driver pulls the lever – and a small tarpaulin hammock unfolds from the front bumper, extending all the way to the ground.

“One pull of the lever and the car picks up the gawker,” says the narrator in a video provided by the British Pathé Archives. “When the ‘scoop’ is open, the passerby can’t just jump off it and run away. And that’s sometimes even more than the pedestrian deserves.” It seems that in those years it was pedestrians who were not ready for cars that were the main culprits in accidents. By the way, the video demonstrates the work of the device by its creators. 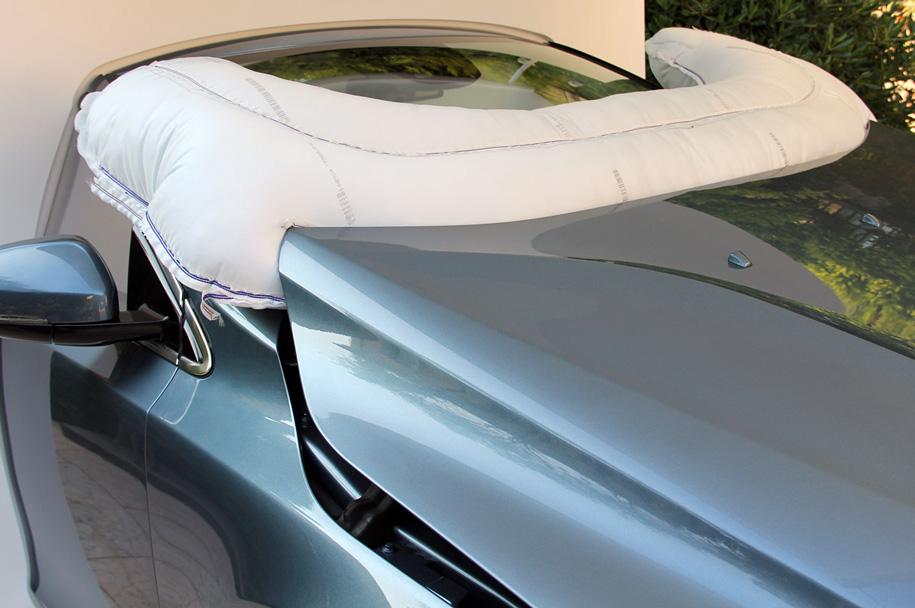 Alas, in those days there were no sensors, so if the driver did not have time to react in time and press the lever (or was driving too fast), the device was absolutely useless. For this reason, the idea did not catch on. After the Second World War, they began to fight for the safety of pedestrians by changing the shape of the front of the car, but it is another story, much less interesting.