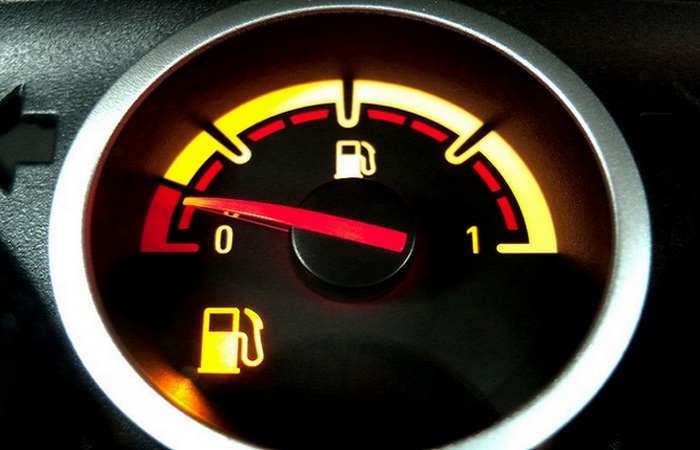 Every motorist is well aware that if the dashboard lit up the cherished fuel light, it is time to worry about finding a gas station. Otherwise, very soon will happen inevitability, and the car will be stopped by an unbearable burden. But the concept of “soon” is a purely relative thing. Hence the question: how long it is possible to drive on a burning bulb?

How long can you drive a light bulb?

There is no general answer to this question. The minimum amount of fuel at which the dashboard light turns on can vary significantly from car to car. Nevertheless, certain rules and regularities can be identified even here. In no modern car the critical level of fuel can be less than 5 liters. Most Hyundai, Volkswagen, Renault and Kia cars have a critical level of 7 liters. The biggest “bottom” can boast of Toyota cars – 9-10 liters.

How long will this gasoline last? Obviously, it depends on fuel consumption. Considering the power units used in cars in the mass segment, it will be possible to drive another 80-100 kilometers on the light bulb on the highway. Mileage may be lower if the level of fuel consumption in the car is significantly higher than the factory parameter due to breakdowns and malfunctions. However, in the vast majority of cases, the critical level of fuel in the car is calculated so that the motorist had a good chance to make it to the nearest gas station.

Why is it not advisable to regularly drive on a light bulb?

If you have to drive a light bulb once every few months, nothing bad will happen to your car. However, we can responsibly say: regular driving with a critical fuel level is definitely not worth it, because it is detrimental to the vehicle and may cause expensive repairs in the future. Lack of fuel is fraught with breakage of catalytic converter and gasoline pump. They suffer from debris and sludge sucked in by the fuel system, as well as from the increased volume of air infiltrated with the fuel. Therefore, it is highly recommended that you refuel on a regular basis.