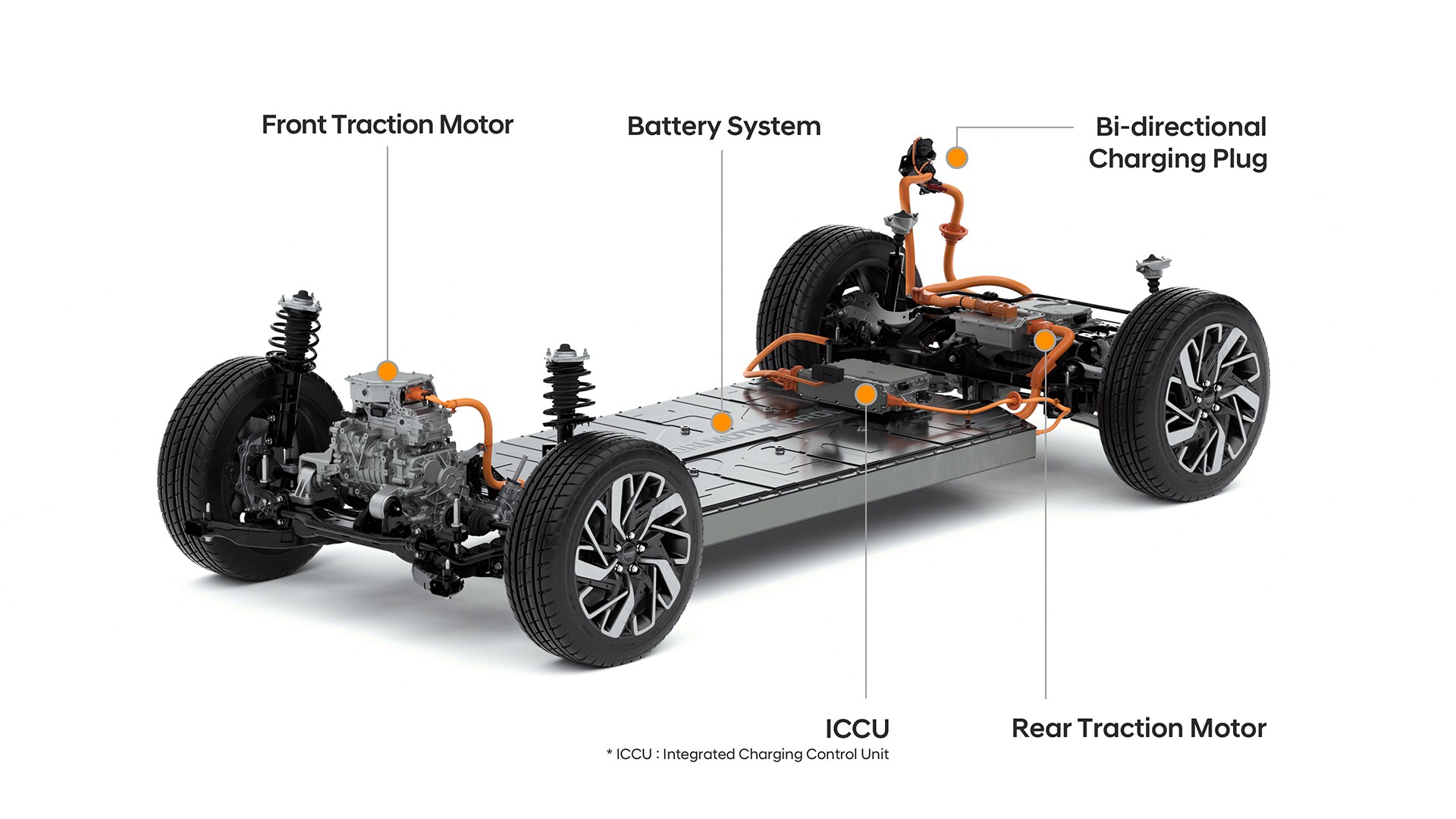 Yesterday, Hyundai and Kia held a joint global press conference where developers from the Korean concern finally officially presented an electric platform for future electric cars of Hyundai, Kia, Genesis and Ionic brands called E-GMP. The speakers presented the material in a very general way, not answering (or answering vaguely) most of the questions. For example, when asked about the types of batteries, they said that “there will be several,” all from “the best supplier,” and that the battery warranty will “meet customer expectations.” Meanwhile, the presentation gave a lot of material for speculation. And first of all, about the future of Korean electric cars.

For starters, let us reassure those who do not believe in the success of the electric car revolution. Hyundai-Kia is not going to give up development of combustion engines, as the speakers of the Korean concern directly informed at a press conference on the launch of the electric platform E-GMP: for the foreseeable future electric cars will remain only a part of the product line. No need to be afraid of the total number of “zero-emission” models, which the Koreans intend to flood the market: if you scatter 23 pieces on four brands (Hyundai, Kia, Genesis and Ionic), it will not turn out so much, in fact – while only 11 of these 23 models guaranteed to be created on the new E-GMP platform. For the rest, the current developments are used. Let’s say, they modernize Kia Niro or Hyundai Kona Electro, and here we will have a novelty.

It is interesting, that by some positions vagueness of answers is reasonable. For example, Koreans assert that they will not concentrate on one type of battery. It would seem – nonsense? But no – look at Tesla. No matter how growing sales of models in the Celestial Empire, but for the Tesla Model 3 Ilon Musk still began ordering a battery new to him lithium-ferrum-phosphate type, which is produced in China by industrial giant CATL.

It was not specified at the event whether Hyundai-Kia plans to produce the batteries themselves, ordering only cells, or will buy off-the-shelf “encapsulated” high-voltage batteries. The speakers said that cooperation would be established “with one of the best suppliers.” The supplier will be one of the two Korean companies – Samsung or LG Chem. Whether it will reach sales in China, it is not clear yet, although it was stated that the models on the E-GMP will be distributed around the world. It is likely that the “pass” to the PRC market will be a contract with the same CATL for the same LFP-batteries. Without this, the wave of ignoring Korean products, launched at the official level in connection with the deployment of U.S. missile systems in South Korea, is unlikely to subside, and, therefore, it would make absolutely no sense to bring electric cars into the PRC and even less so to start assembling them there.

Let’s continue the topic of batteries. As for the “chemistry” of the main version of the battery, the speakers again did not answer anything, although one of the journalists directly asked about the use of the cell NMC111, which for some reason has now received the status of the most promising. We should remind that the batteries themselves with a cathode made of a combination of nickel, manganese and cobalt are not just new, but widely used. So, all current “electric cars” of Volkswagen, Audi, Porsche, Jaguar, Mercedes-Benz use batteries with a cathode made of the same materials, but in the proportion of 60:20:20. But the index 111 means that all three components are in equal proportions. Recently, we repeat, it is this cell that has been written about a lot as the most promising option. Even if Koreans choose it, there will be no technological breakthrough neither in terms of battery capacity, nor in other parameters, and the claimed 500 km range (according to WLTP) will be possible only by stuffing the bottom with cells, that is extensive method. By the way, the shape of the cells is clear – they will be flat. It is believed that this makes a better use of space than a battery set of cylindrical cells.

As we clarified, the battery will be placed in the bottom of Korean electric cars, and an increase in model class will automatically entail an increase in battery capacity. When asked about the size classes for which the E-GMP platform is intended, the answer was: from C to E. At the same time, according to another speaker, the maximum size of the wheelbase can reach three meters with a car length of five meters, and, of course, in theory, any type of car – from a sedan to a van – can be designed on the E-GMP.

As for the minimum battery capacity of the C-Class model, it, again, according to the speakers, will be 50 kWh. Will this basic version have a mileage of 500 km as well? Let’s turn to the technical data of the Tesla Model 3, and more precisely, the version with a battery of 54 kWh. Its passport mileage according to WLTP is 430 km, but during tests in ADAC only 305 km were measured. And this despite the fact that the “three” is equipped with a battery with nickel-cobalt-aluminum cathode, and its power capacity is higher than that of NMC-batteries. Korean speakers said that the “energy density” of the E-GMP platform’s batteries will be “10% higher,” though they didn’t explain what it’s about. However, from whatever level they calculate, it turns out that to achieve real mileage on a single charge of 500 km will be oh so difficult, at least in real operating conditions.

At the same time on some positions Koreans really show original decisions. For example, to reduce the size of the power plant the electric motor, inverter and reducer are combined into one unit. In this case, instead of the traditional cooling jacket, a new system – spraying special oil – is used. In addition, the electric motor itself has an innovative way of coiling and positioning the copper wire, allowing for better space utilization.

According to Hyundai-Kia speakers, their “electric cars” will accelerate to 260 km/h, but the gearbox used on the E-GMP platform will remain single-stage – there is no second stage. The argument is this: the maximum speed of the electric motors should reach 12 000 rpm, so an additional stage is not needed.

Well, let’s summarize. The first official presentation raised a lot of questions and almost no answers. One of the few numbers named was the ground clearance of E-GMP models, which for the base version will be 130 mm. For crossovers, it will probably be increased, but the presentation separately emphasized that the battery is located lower than usual, and this is a plus because it reduces the height of the center of gravity. Together with a rear drive it is certainly not the Russian story. But we would like to finish with the following. Korean engineers have told that they have been developing E-GMP for four years already and some decisions applied in it are even 20 years old. The question arises, what potential for modernization and development is inherent in E-GMP, otherwise, it is very likely that the buyers will consider the novelties not too “new”.