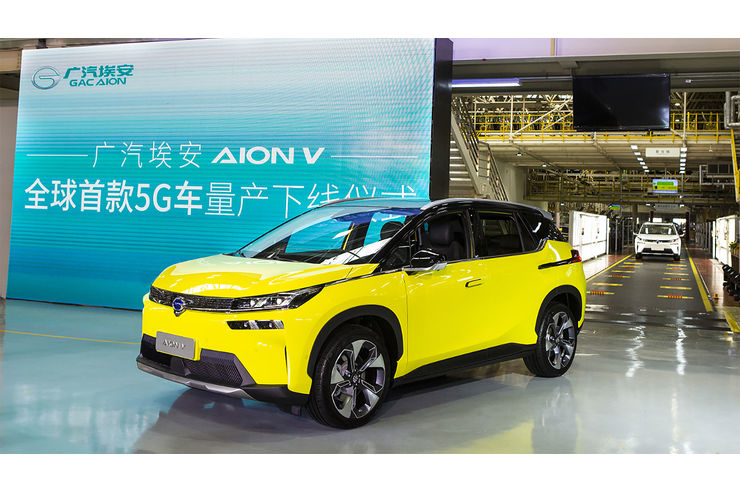 Chinese manufacturer GAC has reportedly achieved a breakthrough in the industrialization of batteries with graphene at the anode: In September 2021, the electric car Aion V with the super battery is to go into series production and enable charging at “tank speed” with 600 amps.

Back in the summer of 2020, GAC promised a breakthrough in fast charging capability. GAC Group ( Guangzhou Automobile Group) has been researching large-scale graphene production since 2014 and holds numerous patents, the Chinese automaker said at the time. GAC launched its first model in 2010 under the Trumpchi sub-brand. In 2019, the Chinese launched the GAC Aion label for electric vehicles. The first model was the Aion S sedan, followed by the LX SUV, and in June 2020, the Aion V, another SUV around 4.60 meters long, was launched.

For the GAC now promises the new battery, which, according to the manufacturer, has already passed the most stringent safety test – the “Battery Shooting Test”. This graphene-based battery, it says, has a 6C fast-charge capability and can be charged to 80% capacity within 8 minutes when combined with a 600A high-power charger. 1C means that a battery is completely charged or discharged within 1 hour – charging or discharging current are related to the maximum capacity of the battery. 6C therefore means that the GAC battery could be fully charged six times in one hour – or to 100 percent in one sixth of an hour, i.e. 10 minutes. An empty 100-kWh battery would therefore be full again after 10 minutes or 80 percent after 8 minutes. However, this is only possible if the appropriate high-performance charger is available – and the correspondingly powerful connection: Professor Maximilian Fichtner, Professor of Solid State Chemistry at the University of Ulm, points out: “If you want to charge 60 kWh in 8 minutes, you need 0.5 megawatts of power” – enough to run 150 ovens simultaneously.

Currently, the Aion V has lithium-ion batteries from CATL; the version with the largest battery (Aion V 80) is said to be capable of 600 kilometers of range. An Aion V with a 100-kWh Graphene battery could then have a range of 750 kilometers – according to a cycle that is not very realistic, because that would correspond to a consumption of just over 13 kWh per 100 kilometers, which would be very little. But the pure range seems secondary in view of the fast-charging capability of the graphene battery. 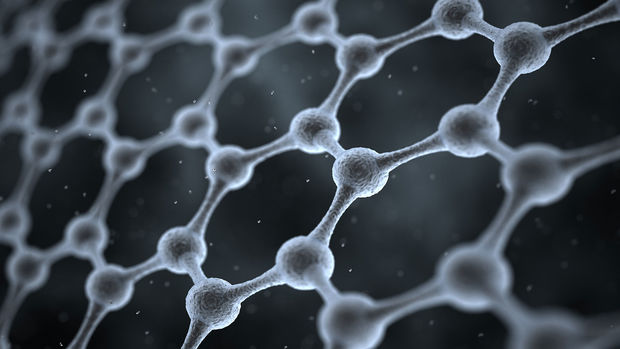 Graphene is carbon arranged in thinnest layers of only one atom thickness.

Graphene – carbon layer in the thickness of an atom.

The miracle material graphene consists of only one layer of carbon atoms. It was not until 2004 that a group led by André Geim and Konstantin Novoselov at the University of Manchester succeeded in producing monatomic graphene layers for the first time. A much-cited illustration of the outstanding material properties of graphene is: “A graphene hammock the size of one square meter could carry a cat weighing four kilograms – and itself weigh only as much as a single whisker of the cat”. In battery cells, graphene’s special conductivity is said to enable its enormous charging capacity. In addition, GAC promises a significantly higher durability of graphene batteries.

Graphene will presumably be applied to the anode, as it is at Samsung, for example, where multilayer carbon in the form of graphite can embed the lithium ions in its lattice structure during the charging of typical lithium-ion batteries. The graphite prevents the so-called dendrite formation when the lithium ions are deposited. The dendrites, sharp lithium clusters, could otherwise pierce the cell and lead to short circuits and subsequent fires. However, the graphite also adds considerable material and thus weight to the cell, which has an unfavorable effect on the volumetric and gravimetric energy density of the cells. Graphene as a single-layer carbon (consisting of only one atomic layer) is naturally lighter and much less voluminous. Maximilian Fichtner points out that the counter electrode must be as fast as the graphene-coated one – otherwise it remains the limiting factor.

GAC says it has made groundbreaking progress with its graphene-based super fast-charge battery and is “now in the phase of actual vehicle testing.” The Aion V, the first vehicle to be equipped with the battery, will be tested over the winter and is scheduled for mass production starting this September, it said.

In addition to the technical difficulties, the big problem so far, as is often the case, has been cost. “Graphene initially cost up to a few hundred dollars per gram and was therefore also referred to as “black gold,” GAC said. The key to progress, according to GAC Graphene, is a new production process that makes manufacturing critically cheaper. At the “2020 GAC Tech Day” in July, GAC Group unveiled what it calls 3DG (three-dimensional graphene) production technology, which is backed by numerous patents. It said the “simple, stable and efficient” production process reduced costs to just one-tenth of those of the conventional process. But then graphene still cost a double-digit dollar amount per gram. Graphite, on the other hand, can be had for about 18 cents per gram, Professor Fichtner knows. So it’s quite possible that the Aion V with graphene battery will be considerably more expensive than the current variants with CATL battery.

GAC may be little known in this country, but together with its joint ventures it sold a good two million cars in 2020. So it’s hard to imagine the group announcing a new battery technology for 2021 with nothing behind it, even if no independent observer has yet been able to try out the new super battery.

The frequency with which success stories about new battery technologies come out of China, such as most recently about the lithium iron phosphate batteries in the BYD Han, should certainly give European automakers food for thought.