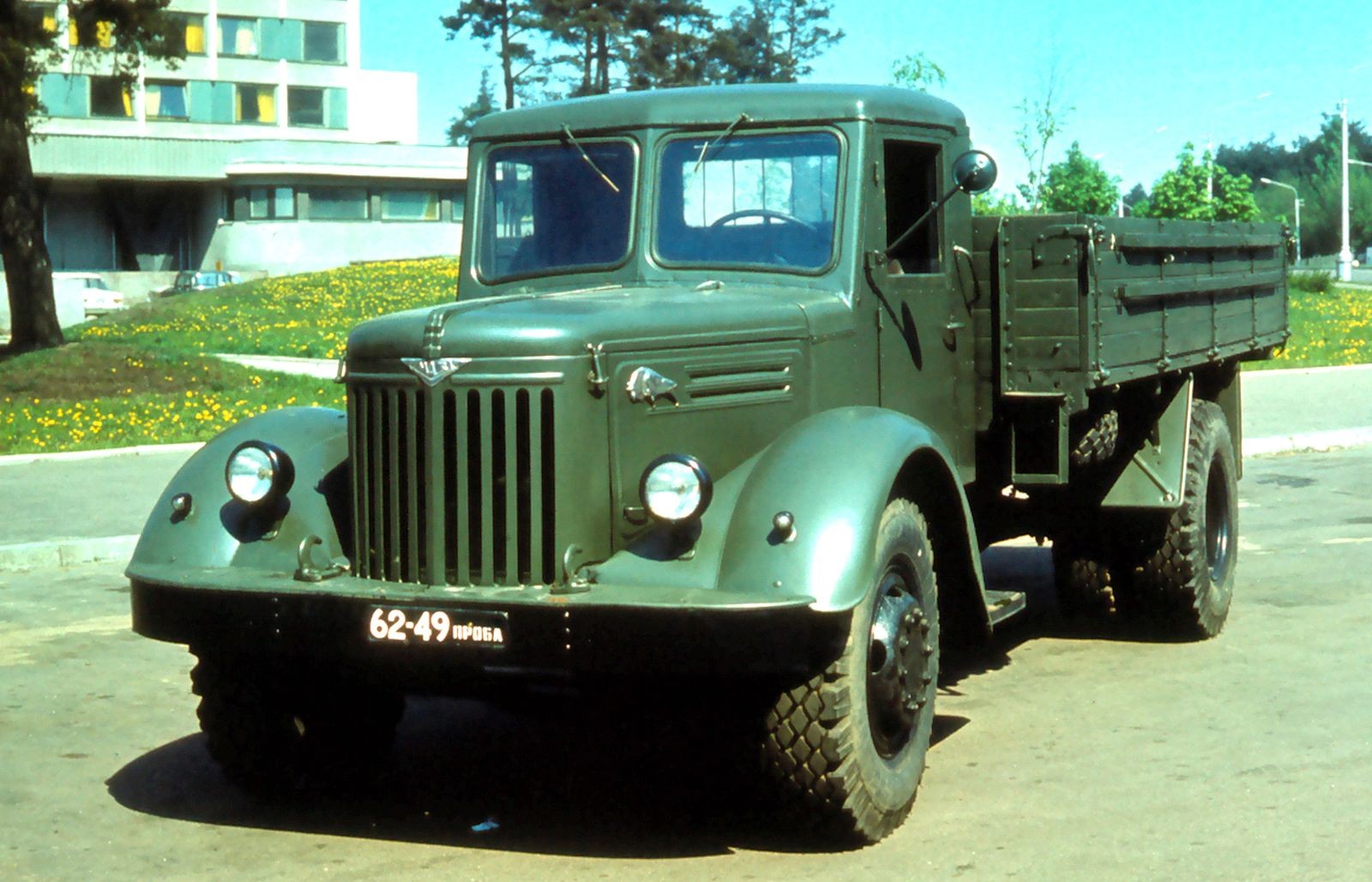 It turned out to be not so easy to build a large car plant on an almost empty site and produce heavy vehicles with diesel engines without anybody’s knowledge, so the USSR government allocated Yaroslavl Automobile Plant (YAAZ) to help MAZ, which at first had to hand over kits of its vehicles for assembly in Minsk. That is how the first Belorussian bonneted “200” cargo family was born.

The first trucks manufactured in Minsk by November 7, 1947, were short wheelbase dump trucks MAZ-205, which, in addition to the national economy, entered the engineering and construction battalions of the Soviet Army, where they were used in road construction, military facilities and structures.

In February 1951, the assembly of 110-horsepower seven-ton trucks MAZ-200 began, which differed from the Yaroslavl prototype YAZ-200 only by a vertical grille and a new bulk emblem in the form of chrome bison on the sides of the engine compartment.

At the tests the road train consisting of MAZ-501V tractor and MAZ-5245B military semi-trailer. 1956 (archive of 21 research and development centers).

In 1957 the small-scale production of four-ton cargo cross-country vehicles MAZ-502 with low-beam metal bodies with folding benches for transportation of 16-18 soldiers and 502A version with a winch was started. This range was supplemented by a truck tractor 502V.

Multi-purpose chassis MAZ-5334 served as a basis for previous and new versions of vans and tank trucks. Typical KM-500 bodies with increased roof location were still installed on them, which accommodated equipment of various field workshops, including a workshop for the manufacture of rubber products.

Army tankers and fuel tankers of this period did not change significantly, and only the car ATS-8-5334 received a self-priming centrifugal pump.

In 1988 the last in this lineup was a fueling tank truck AC-9-5337 on a new chassis MAZ-5337 with a capacity of nine thousand liters of fuel for simultaneous filling of two consumers.

The title photo shows the TZA-500A airfield refueler on the MAZ-500A chassis against the background of the new Tu-134A jet plane.