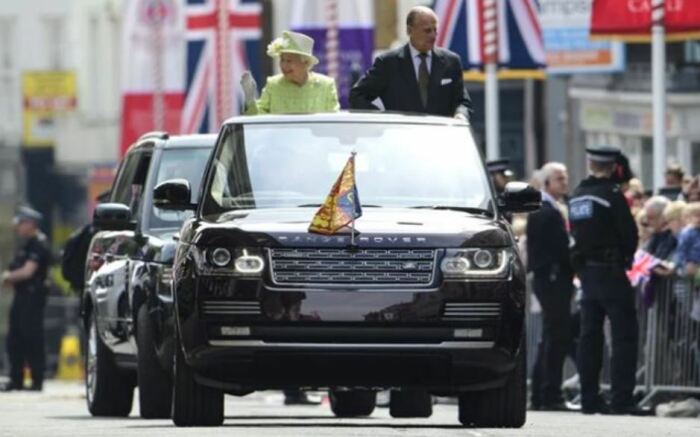 On September 8, 2022, Britain’s Queen Elizabeth II passed away at the age of 96. Although individuals of this level always have a personal driver, Elizabeth herself did not mind spinning the wheel. The Queen learned to drive during the Second World War. Her Majesty sat behind the wheel until the very end, despite warnings from relatives and doctors. Of course, Elizabeth had an impressive collection of cars. It’s a good time to remember the most striking and iconic of them all.

People say that the Land Rover has always been the queen’s favorite car. During her reign Elizabeth II bought more than 30 cars of this brand for her garage (counting replacements). During state processions, Elizabeth used a special State Review model without a roof. The absence of the latter allowed the queen to stand while the vehicle was in motion and greet the faithful gathered on the streets around. The unusual convertible was presented to the monarch in 2015 by the company itself for “commitment to the brand”.

The iconic frame SUV of the famous British company has always occupied a special place in Her Majesty’s garage. It is no exaggeration to say that in the XX century Defender was as much a symbol of Britain as the royal family. It was behind the wheel of the Defender that the Queen was repeatedly seen in person. Most often she was seen on the road to the Balmoral and Sandringham estates, as well as in Windsor Park. The most famous SUV model in her possession was a 2002 car. However, the first time behind the wheel of an SUV, the Queen was in 1948, though Land Rover did not give the car to her then, but to her father, George VI.

The British Queen also had at her disposal such a luxury sedan. The car appeared in the garage of the palace back in 2001. Almost three years Elisabeth II used this car. The Daimler Super was tuned especially for the queen. The car is equipped with means of communication with Downing Street (this street is the concentration of most government offices, including the Prime Minister’s Office and the Treasury) and the Ministry of Internal Affairs of the country. In addition, the car had a special holder for the Queen’s favorite purse.

In the garage of the queen were not only special and expensive cars. There were also very democratic cars. For example, in the property of Elizabeth II was a really “proletarian” Jaguar X-Type Estate, which is used by ordinary Britons. The car was used by the Queen for 7 years, after which it was sold at auction for 15,000 pounds sterling (about 17 thousand dollars). The only difference from the factory models was the “custom” beige interior.

A real jewel of the Queen’s automotive collection. Manufactured by Bentley State Limousine specially commissioned by the royal family in 2002. The car was presented to the Queen in honor of the 50th anniversary of the monarch’s accession to the throne. The cost of each limousine was 10 million pounds sterling. A total of two such cars were made for Buckingham Palace. The limousine was based on a Bentley Arnage sedan. The car was usually used by Elizabeth’s court for ceremonies. It was also used by the queen for church services.