Of course, the first BMW 12-cylinder engines appeared long before the Seven and even before World War II. They were used in aviation and were used on aircraft of many countries, including the USSR. One of the most famous V12s from the Bavarians was the 47-liter BMW VI, which after the war a couple of merry Germans installed on an ancient American LaFrance chassis – and thus got the famous fire-breathing Brutus, which was even featured on Top Gear.

The first production car with V12 from BMW was 750i, based on the “Seven” of the second generation (E32). The car was introduced in September 1986 and became the most powerful sedan of the Bavarian brand. That 12-cylinder engine had no supercharger – unlike the top version of the previous body, the E23.

The new engine M70B50 developed 300 hp and 450 Nm, and was considered one of the most advanced engines on the market. It would be incorrect to say that it was “glued” from two six-cylinder M20s (engines used on the 3 and 5 series) at 60 degrees, but its roots go back to the so-called “baby-six” (the unofficial name of the M20). Subsequently, it is the M70B50 that will be installed on the 8 Series Coupe, and it is this engine that will become the basis for many outstanding engines, including the “heart” of the McLaren F1. 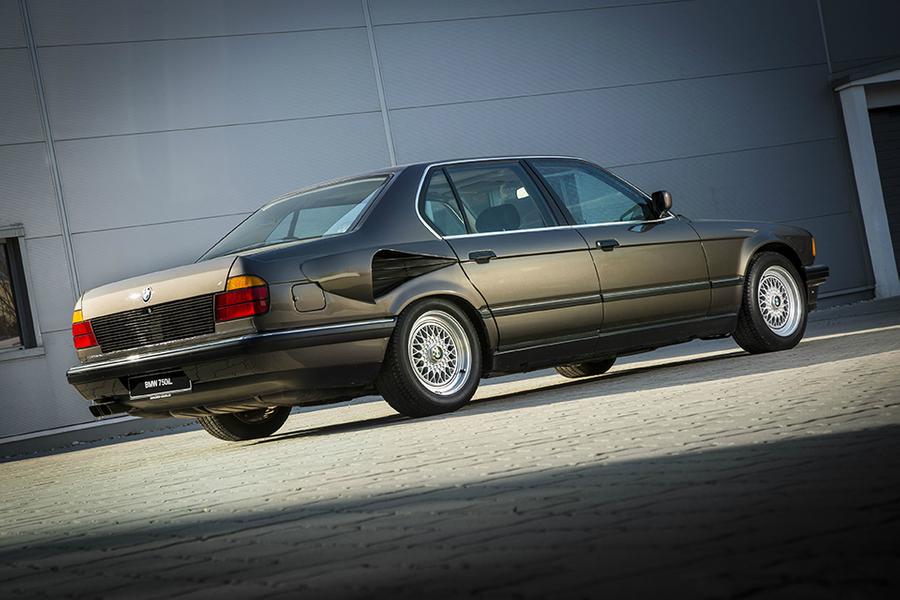 After all, the 12-cylinder version could lose the crown of the flagship in 1988, when the Bavarian engineers have completed work on the project Goldfish – 16-cylinder Seven, whose giant engine developed 408 hp at 6.7 liters of volume. But this car didn’t go into production – the truck had no trunk (it was occupied by engine radiators – there was no place under the hood). And steerability was not ideal by BMW standards. 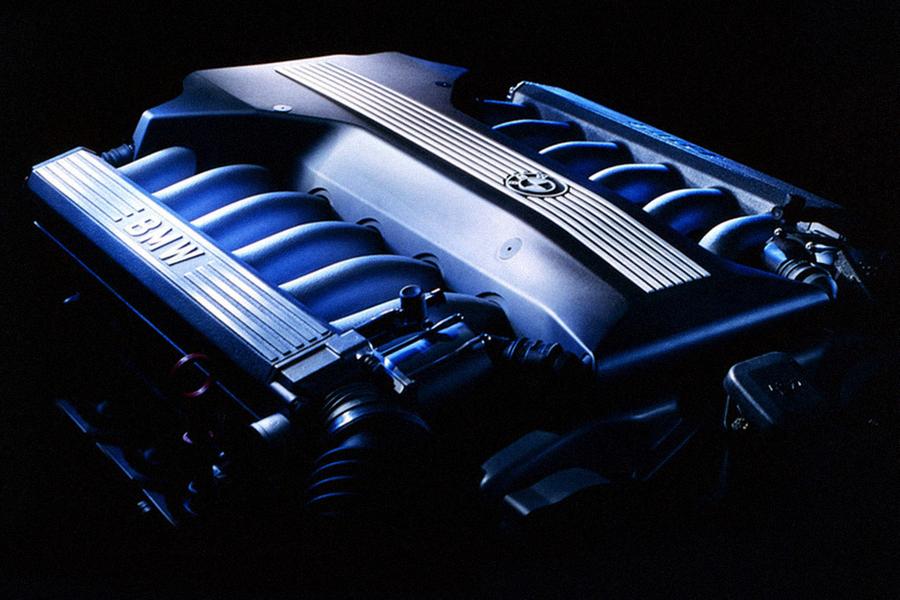 The new Seven expectedly received a new version of the M70 engine, which was called the M73B54. It had a displacement of 5.4 liters, 326 horsepower, and 490 Nm of torque. This was the last V12 engine with the letter M. And the last flagship “fifties” for the 7 Series. 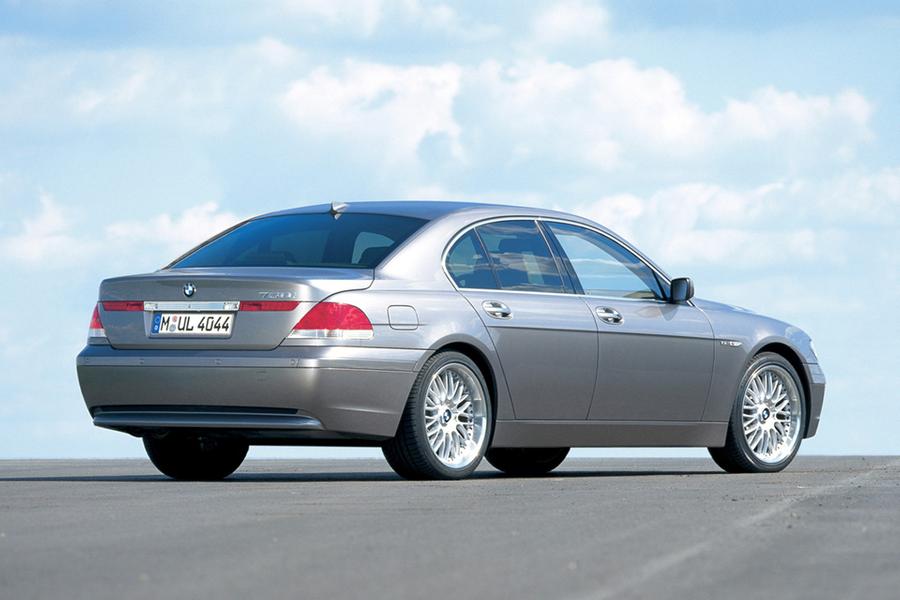 In 2001, the E65/66 family, the fourth generation of the Seven, debuted. At the start of sales there was no 12-cylinder version, and the flagship, for the first time since the E23, was the eight-cylinder 745i. But the next year a modification with V12 appears, which was named 760i. The 750 index since then belongs to the version with eight cylinders.

In the case of 760i the nameplate showed the absolute truth – the new engine N73B60 was six-liter. It developed 445 hp and a brutal 600 Nm of torque. Later, the N73 will take place under the hood of Rolls-Royce Phantom seventh generation, but with an increased to 6.75 liters displacement. “The Rolls was taken out of production recently, and along with it the last atmospheric V12 from BMW left the market. 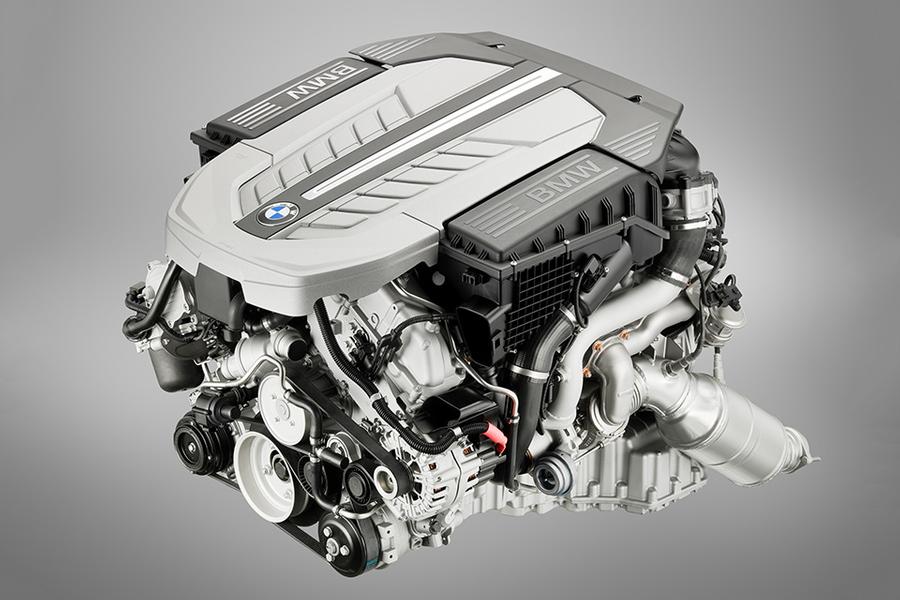 Working in conjunction with an eight-speed automatic ZF, engine N74B60 on the new 760i developed 544 hp and 750 Nm at an honest six-liter displacement. Its 6.6-liter version was used in Rolls-Royce’s Ghost, Dawn and Wraith models. 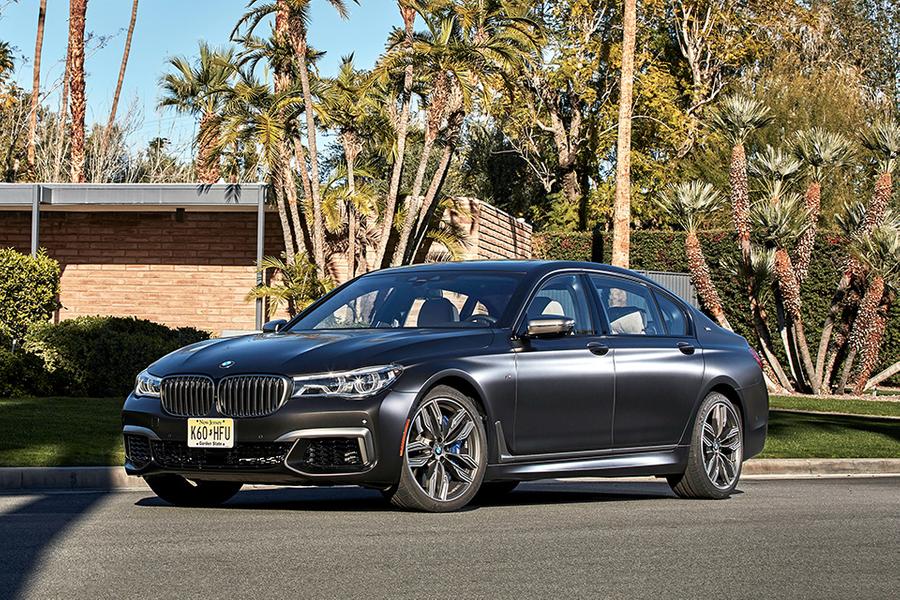 Like the previous Seven, BMW’s latest flagship sedan will pioneer new body lettering, with the G11/12, introduced the year before last. Besides, an opportunity has appeared to combine the powerful 12-cylinder engine with an all-wheel drive xDrive. But it is not the most important… 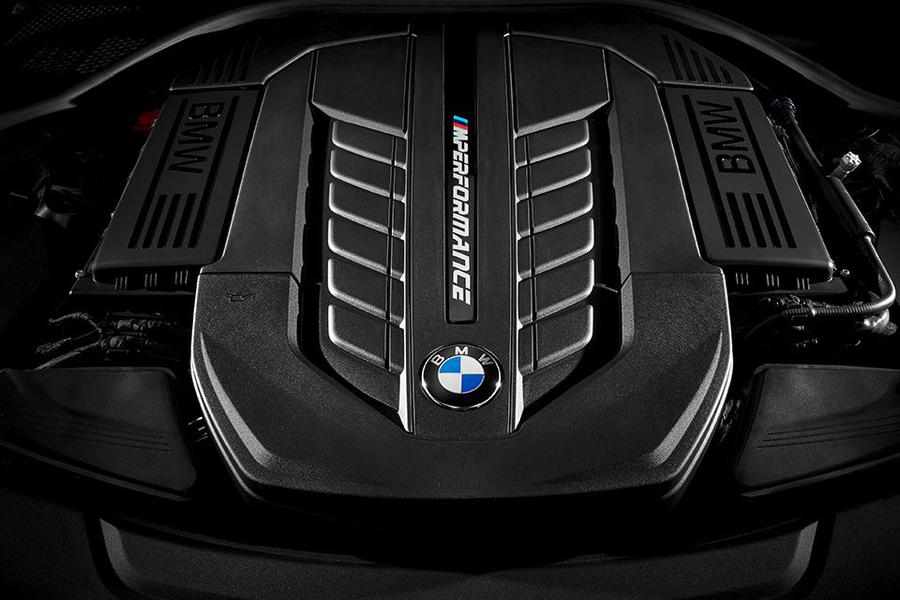 The G11/12 is BMW’s first Seventh Series to make friends with the “most powerful letter in the world” – the M. Yes, it’s not a pure M7, but it differs significantly from the regular Seven – the M760Li is only available with all-wheel drive and is powered by an engine found on Rolls-Royce, the N74B66TU. It has 6.6-liter displacement, 610 horsepower and 800 Nm of torque. Will there ever be a real M7? Who knows… READ TEST DRIVE of the BMW M760Li