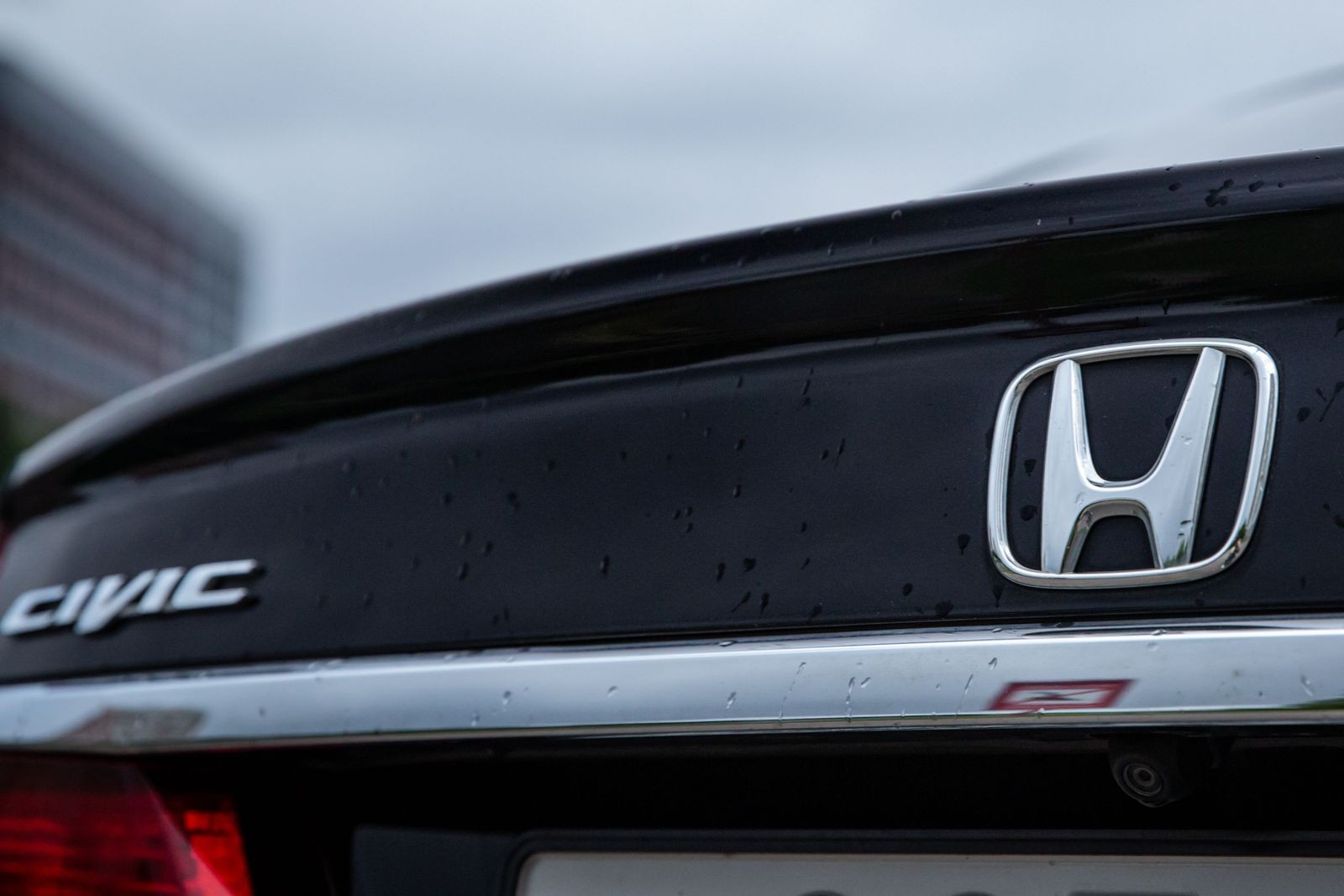 The body is completely steel (without the use of aluminum and other alloys), while compared to the previous generation, the share of high-strength steels has increased significantly, and the outer panels were made literally from foil. But added a little noise insulation, all versions put felt lockers and a little “noise” in the doors and floors, thicker windshield, aerodynamic package for the bottom, and in the base are low noise tires.

As in the previous generation, the Civic IX is actually two different models: a sedan (4D) and a coupe for the U.S. and a hatchback with a universal for Europe. They are built on the same platform (inherited from the eighth generation), but the differences were not only stylistic, but also constructive. Thus, sedans have multilever rear suspension, hatch and “barn” – twisted beam, largely to increase the volume of the trunk. American models have large atmospheric engines 2.0 and 2.4, European models have small volume gasoline 1.4 and diesel engines. Common for all markets is the “weighted average” gasoline atmospheric 1.8, it is also equipped with an overwhelming number of cars on the Russian “secondary”.

Good news for robot haters – in the ninth generation they do not exist. Almost all machines come with a Hondovian shafted hydro-mechanical ACS or mechanics. It is rare to find variators on hybrid versions.

September 2013. The range of bodywork in Europe was expanded with a universal body.

October 2014. Facelift model. Updates are mainly cosmetic. There is a hybrid version for the U.S. market.

Spring 2015. Sales cessation of Honda Civic IX (as well as other passenger car models of the brand) in Russia.

September 2015. Sales cessation of Honda Civic IX in sedan bodies and coupe in the United States.

January 2017. Termination of sales of Honda Civic IX in the bodies of hatchback and station wagons in Europe.

The main mass of Civic of the ninth generation is cars manufactured before the age of 14, because later they were simply not imported to Russia. The rapid fall of the ruble did not leave a chance not only for private import, but also for dealer sales. So almost all the cars that you can find are literally the first two years of production, and these machines are already from six to eight years.

At this age, even Japanese cars should provide close to ideal condition of the external body panels, and Civic really has no serious external problems yet. But the already mentioned above minimum thickness of metal and weak PKP make itself felt. The body is damaged very easily, as a result, the average Civic has a lot of small scratches and dents, perhaps – the already faded chips over the windshield and the front edge of the hood. You shouldn’t look for a perfect body – this is not a machine for perfectionists.

Anticorrosive bottom treatment is not available here, we can say. From the seams protrudes polyurethane sealant, small areas with antigravity is only on the front edge of the threshold yes at the bottom of the wheel arches, and basically the bottom is just a painted metal. Sometimes it is covered with plastic pads, but not for protection against damage, but for the sake of aerodynamics. These pads are full of holes, where the dirt is filled and there and remains.

Numerous red rashes are more a rule than an exception. They are almost everywhere: on all brackets exhaust suspension, brake cables and tubes, on the brackets of the gasoline pump, on the fasteners for body braces and underframes, on the cross-beam attachment of longitudinal arms of the rear suspension and the inner parts of the sills, on the cross joints in the rear, on the edges of the technological holes and drain plugs … It is easier to say that absolutely everything at machines with street storage at least in Moscow and St. Petersburg will be slightly corroded.

Pay special attention to the mounting points of the front wheel mudguard: the design is unsuccessful, the clips tear out after the formation of ice growth almost immediately. Usually damages not only the plastic locker bracket, but also the body holes nearby. It is also worth examining the metal front panel (rusting at the corners, at the edges of the radiators) and the front bumper amplifier.

And those who have already bought Civic 9, it remains to advise to invest in normal quality anticorrosion, to conduct all cosmetic paints and then apply a protective coating on the body.

Despite a number of flaws in the quality of materials, the machine is made quite well. However, the skids and plastic bumper mounting brackets are weak, the headlights are easy to clean, the paint on the bumpers is clouded, the fog lights are just consumable – they crack and rot from the inside. Rear felt lockers after five years of operation get wet and sprawl – it’s quite funny, when patches are put on them. Keep in mind that wet felt lockers are a great catalyst for corrosion, so it is easier to put Chinese plastic lockers and forget about the problem.

The radiators are weak, the mesh in the bumper is very useful. The bumpers themselves are strong and soft, it is difficult to damage them. Usually, the plastic rails and bumpers, as well as grids, suffer – it is worth checking their fixings. The windshield is big and soft, and the sedans are badly glued from the factory, there are several cases of leaks of the upper seam and excessively upper seating. However, it may be just sloppy repair with glass, selected on the date of production of the machine, it is not worth excluding this option. Door seals do not sit in their place very well, the rear move out, rubbing paint with time as in the aperture, and on the door.

Hatchbacks in general are assembled better than sedans, they have fewer minor flaws, better equipment and better materials. But, strangely enough, the main problems are repeated – PKP is also weak, and the bottom is poorly protected from corrosion.

Runs at most cars are within 80-150 thousand kilometers, and to find copies with seriously worn-out salons still have to try. Even on sedans, the main signs of wear are only the steering wheel and seat seams. And it is mainly the central transverse and left side. Sometimes the wear and tear of the handles, thrust switches, especially on the cars of the first year.

In addition to wear and tear, the main problems are wet floors due to a flying condensation drain hose and lighting failures. Still the salon does not like wet dry cleaning, you can get a set of troubles on the electric salon. The connectors of the seats are weak, errors in the cushions are caused by both mechanical stress and moisture. The elevator of the driver’s seat on the European hatchback can’t stand the drivers heavier than hundreds of kilograms. Otherwise, the problems are more often associated with unsuccessful reinforcement work in the installation of alarms (and cars are often stolen), music, and in the case of hatchbacks – also when replacing the gas pump. After all, for this you need to disassemble the central console.

In terms of electric car is not troublesome at all. The generator lives quietly up to 200 thousand mileage and requires replacement of the drive belt once in 90 thousand. The only thing that can disappoint is the life of the radiator fans (two of them), which may not survive up to 120 thousand. Next, both brushes and bearings are expected to fail. The heater fan is also not eternal, but it lasts longer. Failures of LED RCDs and taillights can be expensive if you put the original parts (and with analogs of the problem – there are mostly Chinese fakes).

In addition to the essentially absent anticorrosive coating of the bottom and extremely weak metal outer body panels Civic 9 yet have nothing to berate. At least for its 6-8 years, these machines have not yet had time to break down properly. In the next part we will study the chassis, engines and boxes.