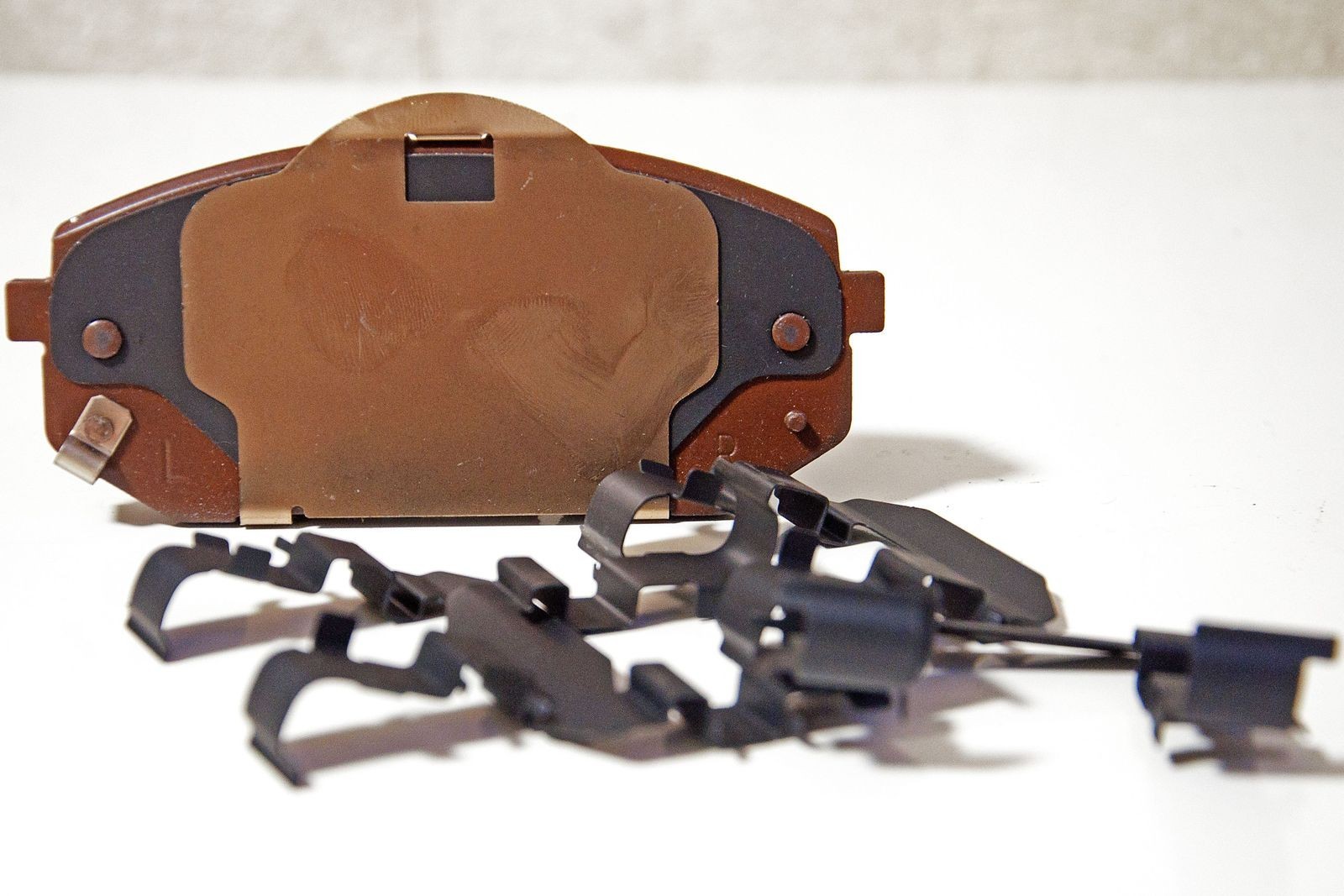 A bit of history

The need for brakes appeared almost immediately after the invention of the wheel, but our ancestors a couple of thousand years ago did not hurry and for a long time rode chariots without brakes in our usual sense. However, brakes had already arrived in time for the appearance of carriages: they were mechanisms acting directly on the wheel. A lever pressed against the outside surface of the wheel could not effectively stop a horse-drawn carriage, but it could help the horses. But then rubber tires were invented, and the mechanism of pressing the shoe to the wheel was retired. At least, in road transport: today, mechanisms with an external pressure are successfully working on the railroad, although there are enough alternatives. On conventional roads, carriages were equipped with belt brakes: a drum on the axle was stopped by a brake band pulled by a lever. However, the effectiveness of such a scheme was also quickly recognized as insufficient, so engineers continued to work on the invention of new mechanisms.

The result of this work were the two fundamental mechanisms that still work in cars today: the drum brake and the disc brake. They appeared almost simultaneously, at the very beginning of the 20th century, but at first, the drum mechanisms took the lead. It was not only the authority of Wilhelm Maybach, who installed drum brakes on the car he invented, and Louis Renault, who patented a design with semicircular pads. Drum brakes were simpler, and the development of friction materials contributed to their popularization. A key milestone in the development of friction materials was the creation of brake pads based on asbestos and phenol-formaldehyde resins, and Ferodo did this in 1902. In general, the beginning of the century was really a starting point in the development of braking systems.

However, disc mechanisms took time to catch up with drums and become popular. In the early stages, they had more problems than advantages: there was no suitable material to make discs, in the absence of boosters, a mechanically actuated system required more force than a drum system, and even hydraulic actuation did not solve the issue due to the lack of normal brake fluid. In general, there were more questions than answers, so at first the use of disc brakes was sporadic. One of the pioneers of their use was William Lanchester, but even at that time he was unable to make disc mechanisms a competitive advantage in his cars. For example, on Lanchester cars in the early 20th century, discs were bronze due to the limited choice of materials, which did not contribute to their wear resistance. However, the patent he received still stimulated not only him to continue working on improving disc brakes.

The actual development of the disk scheme took another 25-30 years. By that time, the hydraulic drive was perfected, and a vacuum booster was introduced to reduce the pedal force to an acceptable level. True, in the 30’s, the vacuum booster was mainly introduced on American cars with drum brakes, because they were still cheaper and easier to produce. However, the coming transition from drums to discs was already tangible and inevitable. True, in the consumer segment, it was severely delayed by World War II. During the war, of course, the disc brakes were also paid attention, but they were used and improved on tanks and planes, but not on cars. Well after the war, at the turn of the 40’s and 50’s, such mechanisms for the first time began to appear on production cars.

Of course, the development of disc brakes was accompanied by improvements in design and materials. In addition to vacuum boosters and a more efficient brake fluid that did not boil when braking, an important step was the transition to cast iron as the material for the brake discs. And gray cast iron became such an effective solution that it is still used in the vast majority of cars today. Cast iron, however, has not completely solved the old problems. If cooling was improved by casting ventilated brake discs, corrosion, though external, remained a faithful companion of disc brakes. About corrosion, however, we will still talk – but meanwhile, let’s move from ancient history to modern and recall how the effectiveness of disc brakes in recent decades.

What does the effectiveness of disc brakes depend on?

After obtaining a nearly perfect recipe of normal cast iron discs, quality pads and resistant to overheating brake fluid based on polyethylene glycol and its esters, the development of disc brake systems has gone mainly along the extensive route. Transition to ventilated discs was fast, because cooling was one of the key tasks to improve the brakes efficiency. And then it was a search for the ideal balance between the diameter of the brake disc, its design, its material and the mechanism of the brake. After all, given that the cast iron disc is very strong, perfectly holds loads and dissipates heat well, it can and should be pressed well. And this is where multi-piston designs came into the scene. Here everything is also not complicated: if the basic braking mechanism with a floating bracket provides the presence of only one piston which presses the disk and presses the pads from both sides to it, the increase in the number of pistons and, accordingly, the pad area allows increasing the braking efficiency without a significant increase in the disk diameter itself. And this condition is much more important than it may seem: a cast-iron disk weighs a lot, so increasing the efficiency of brakes solely by increasing the disk area is almost a dead end because of the unjustified growth of unsprung masses.

In the struggle for unsprung masses, not only multi-piston mechanisms were born, but also composite discs. After all, the brake disc actually consists of two parts: the rotor, on which the pads are pressed, and the central part, which is attached to the hub. In this case, the work to create the braking force falls mainly on the rotor, and it is necessary to cool it. And it is possible and necessary to save a kilogram or two on the material of the central part. This is actually the essence of compound discs, in which the central part is made of a lighter material like aluminum alloy, and the rotor, attached to it by screws or rivets, is made of traditional cast iron.

The next step here was to replace cast iron with lighter materials like carbon fiber and ceramic. It would seem that here it is – a new breakthrough, because carbon-ceramic brakes can be made as big as you want because of their low weight, and their wear and heat resistance only strengthen the faith in progress. But in practice it turned out that disks from carbon composite are good only under extreme loads, when operational temperatures exceed over a thousand degrees. In civil conditions “cold” brakes work much less effectively, and mainly this dependence of effectiveness on temperature limits their application on mass machines.

Thus, the main material of consumer-grade brake discs remains high-strength spheroidal graphite cast iron, and the main focus is on manufacturing quality and cooling efficiency. In these conditions, production technologies become important: the quality of raw materials and casting, surface finishing, as well as a well-established bench and hands-on testing procedure for quality control. All this is available to major brake component manufacturers with a long experience and production history such as Ferodo. It was Ferodo, as we remember, more than a century ago gave impetus to the development of brake systems with their developments in the field of friction materials. And today Ferodo products are part of a wide range offered by DRiV division of Tenneco Corporation. The company produces a full range of brake components, including discs, pads, calipers, brake hydraulic cylinders and hoses, brake fluids and much more.

Now let’s go back to the corrosion we talked about above for a second. For cast iron wheels oxidation is still not an operational problem, but an aesthetic one: it takes decades for the rust to eat the cast iron disk, but the surface corrosion appears on it after a few months, especially in aggressive environments such as road chemicals. And Ferodo has a solution to this aesthetic issue: discs with Coat+ technology that has a zinc-aluminium coating to protect the disc from corrosion. This technology reliably protects not only the hub part of the disc from corrosion, but also the internal cooling ducts, providing the required efficiency of heat dissipation during braking. So life of beautiful car owners, who pay attention to details and don’t like visible external defects, becomes a little easier: discs with Coat+ technology retain their original appearance for many years – provided proper use and, of course, care.

Concluding the conversation about the brakes, we usually say that they are important, that you can not save on them, as well as on tires, and that the brakes – the main condition for safety. Good pads are not just the ones that don’t squeak. Good discs are not just those that came out of the factory flat and round, but those that are made of quality material, have effective cooling and, accordingly, do not deform during active use. Certainly, even crushed discs can be honed in some cases, but usually there are no miracles: if they are ruined once, they will be ruined again. We agree with these commonplace truths, of course, and therefore we tell not only about the theory, but also about the choice of quality products – such as Ferodo. If this brand is more than 120 years old, and if Ferodo specialists have developed and produced brake system parts for wagons back in 1897, and do it now for modern cars, they definitely know about brakes.