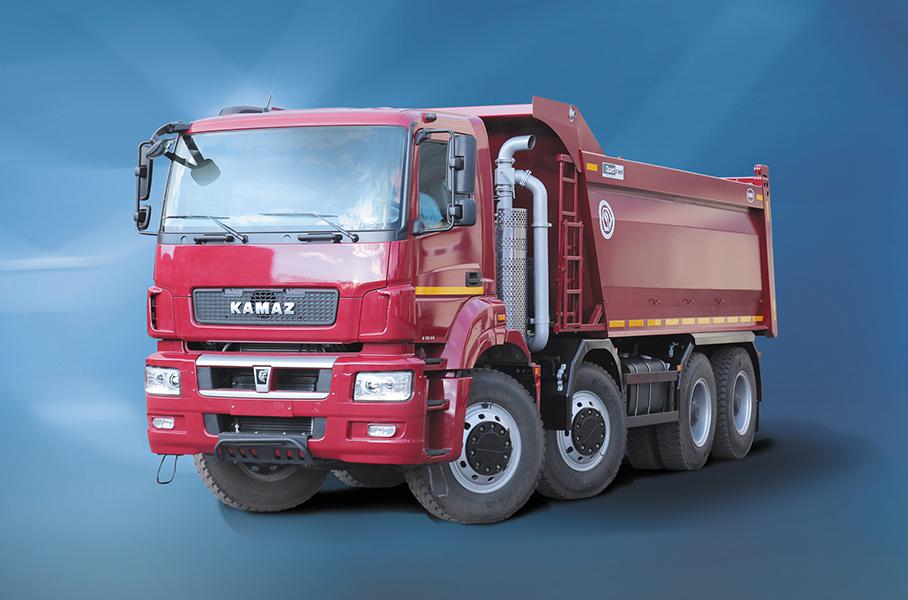 KAMAZ has long become a household name for all heavy-duty vehicles. We look at it as at an old reliable acquaintance, and we don’t always notice the changes. In the decades since its creation, KAMAZ has become a sample of modern technology with a lot of frills and gadgets. We found out what Russian dump trucks can surprise ordinary users and entrepreneurs.

The fact that the trucks from Naberezhnye Chelny are on the first place in sales in the construction segment, leaving the other manufacturers far behind, speaks for itself. For many years, KAMAZ has been making dump trucks using modern technology and foreign-made parts, and sells them at a lower price than the foreign counterparts. But there is no limit to perfection, and even good equipment can be made even better. KAMAZ-6580 complements the range 6520 in areas where high payload is required – for example, in quarries or large construction projects.

How is a modern dump truck constructed?

This model is fundamentally different from its younger brothers. Its production was launched in early 2017, after the release of the 5490 tractor. They even have the same principle of assembly – except that all elements of the 6580 have been strengthened to work in difficult conditions with maximum loads. Now about everything in more detail.

The line of models

Special mention should be made of the KAMAZ-65806 truck tractor, which can tow a semi-trailer. Gross combination vehicle weight is 74 tons, it is equipped with Mercedes-Benz OM 457LA.V/4 engine with an output of 428 hp.

It’s no secret that the domestic operation of construction equipment is primarily subject to speed and economy, but not to norms and recommendations – the load is piled with a hill to avoid unnecessary travels. The first dump trucks had a U-shaped body from NEFAZ with the volume of 20-25 cubic meters.

For transportation of coarse rock they were ideal, but when loaded with crushed stone or sand, the weight of loose materials greatly exceeded the capacity of the machines. Therefore, in 2017, the 80-series began to be equipped with Betsem bodies of optimal volume: from 16 to 20 cubic meters. The body has exhaust gas heating, a canopy with a torsion mechanism and an additional ladder. The hydraulic installation is Binotto or Hyva.

The 6580 frame is reinforced and made of S600MC high-strength steel. Rear balancer suspension with Hande drive axles is designed for a total load of 32 tons. The front suspension is of small-sheet design with rubber-metal joints for a load of up to 9 tons.

The official Mercedes-Benz Axor cabin is modified for the Russian climate conditions and made in Naberezhnye Chelny. Four-point spring suspension, hydraulic elevator – there is even a flexible bottom step! In fact, it is the Mercedes comfort at a low cost.

There are no sleeping cabs – all models are available only in daytime version. The driver’s seat is not inferior to the European trucks – all the basic controls are at your fingertips, the panel is turned under the right hand and has many compartments and drawers for all occasions. The seats are air-suspended, the dashboard is clearly readable and the main indicators are shown on the screen. Moreover, there is a multi steering wheel!

By the way, the entire interior is assembled from Mercedes components, which is immediately noticeable by the silence in the cabin and tactile pleasant plastic. The ventilation and heating system is thoroughly thought out: there is an air conditioner and an autonomous heater. Driver’s comfort is not just a tribute to today, but the factor that directly affects the quality of work and ability to work.

All engines used on the 80th range, meet Euro-5 environmental standards. This is an excellent proven Mercedes Benz OM457LA diesel engine in two variants of boost. There is a 70-liter tank under the synthetic urea Ad Blue. The three-axle dump trucks are equipped with 401 hp at 1900 rpm and torque of 2000 Nm at 1100 rpm. The engine of four-axle KAMAZ-65801 8×4 has 428 hp.

Gearbox – famous for its reliability 16-speed ZF16S 2225TO with a divider and demultiplier – is installed on all models of the 80 series. There are interaxle and interwheel differentials locks to work in difficult conditions, but most importantly, the problem with non-responsive brakes, which was a headache for drivers on previous generations of KamAZ, is finally solved: a “wet” receiver was added, which eliminates moisture in the system, the diameter of the brake system pipe was increased, and the material and size of brake pads were changed.

Another significant improvement is the use of chamber radial tires R24 instead of the road tubeless R22.5. This greatly increases ground clearance and improves reliability in general, which is important when working in the quarry. However, with such axle loads the public roads are not for these construction monsters.

As a result, KAMAZ was able to create a versatile vehicle for different superstructures, capable of withstanding an enormous load, off-road and rich in its variety Russian climate, and at a price one third lower than the European competitors. Isn’t it a reason to be proud?