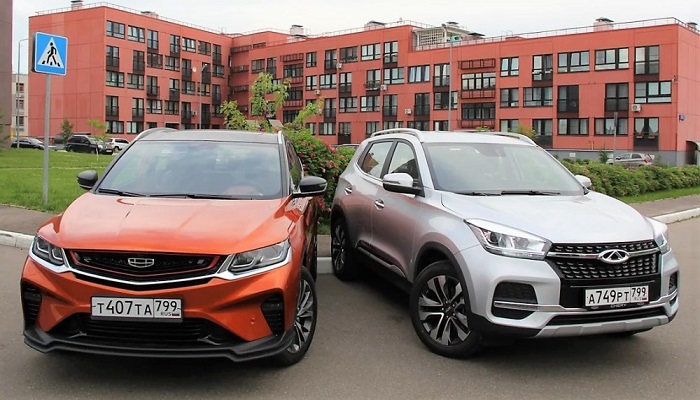 In recent years, Chinese cars have become increasingly popular. There are so many Chinese cars now that any unfamiliar model can be safely counted among them. In 90% of cases you won’t be mistaken!

Cars from Celestial Empire look nice, comfort is quite high, the manufacturers offer a wide range of options in basic configurations.

And what about the reliability and safety? The manufacturers themselves give high marks to their “offspring”. But are all of them equally safe? Only tests can show it.

Safety of Chinese cars: the past and the present

The first Chinese cars were not very attractive in appearance. Reliability and safety also suffered. That’s why cars from China had a bad reputation. This was proved by crash-tests. Their bodies were completely destroyed, and the passengers had no chance to survive a serious crash.

But lately the situation has changed dramatically. Today the “Chinese” successfully compete with the “Japanese” and “Europeans”, and these car manufacturers are very serious about safety.

The Chinese car today is a reliable construction, attractive exterior, comfortable interior, powerful power unit, modern electronics and innovative security systems. It is they, along with the body’s resistance to corrosion, that come first in assessing the reliability of the car.

In China, there are several methods of automobile crash tests. They are constantly being improved in the direction of toughening the grades. But it is very difficult to compare Chinese cars with each other, as each manufacturer uses its own evaluation system. Therefore it is more important to get a score from the independent organizations, which are responsible for the safety of the vehicle. The points are given for the safety of the driver, passengers and pedestrians. Also important is the number of defects per produced batch.

What Chinese cars are valued for

The most popular Chinese cars

Currently, the Chinese car industry produces and sedans, and hatchbacks, and crossovers, and SUVs, which are popular among consumers. According to European standards, Chinese cars of premium segment are considered to be quite qualitative and reliable. But they cost quite a lot. That is why of more than 80 brands in our country you can meet only a small part: Chery, Haval, Geely, Changan and some others. The vast majority of Chinese cars are designed for the domestic market.

Today many independent experts are compiling reliability and safety ratings of Chinese cars. They are joined by the users of these cars. We will evaluate the safety of Chinese cars on the basis of the published ratings.

But it should be said at once that new products regularly appear in the automobile market, in connection with what the ratings are also constantly changing. It is not necessary to choose the vehicle, based only on ratings. Nevertheless, they are important at the first stage, when there is an “elimination” of cars that do not suit you. And here the serviceability of electronics and assembly quality mainly define the safety parameters.

We will consider methods of crash-tests and give the data of tests according to them. Let us also pay attention to the equipment of Chinese cars, which affects safety.

C-NCAP is a crash test of the Chinese scientific center of the automotive industry CATARC. The tests have been conducted since 2006, but since 2012 they have been supplemented by a direct impact into a deformable barrier with 40% overlap, and dummies are placed in the back seat.

Since 2015, the effects of rear impact have been evaluated and points have been awarded for the safety systems in place. Since 2018, the evaluation of pedestrian safety, automatic braking and directional stability systems has been added. The maximum number of points is 100.

Safety is tested in a frontal impact with 100% overlap on an unkinked barrier at 50 km/h with three adult dummies and one child; in a frontal impact with 40% overlap on a deformable barrier at 64 km/h with four adult dummies; in side impact with a 1400 kg cart with a fixed deformable block, the impact is made to the middle bar of the car at a speed of 50 km/h, with two dummies on the impact side; in rear impact by accelerating a seat with a dummy to 15.65 km/h; in simulated collision with a pedestrian with the front wheels at a speed of 40 km/h.

Autonomous emergency braking and directional stability, presence of side airbags and signals of unfastened front and rear belts are also evaluated.

ASEAN NCAP – Pan-Asian methodology. The first tests, conducted in 2013, included an assessment only from frontal impact damage. Since 2021, safety has been evaluated comprehensively. The maximum number of points is 120.

Safety is tested in a frontal impact on a crumple barrier with 40% overlap at 64 km/h with two adult dummies and two child dummies in special seats; in a side impact with a cart weighing 1400 kg with a deformable block attached, the impact is made in the middle pillar of the car at 50 km/h, one driver dummy and child dummies in the back seat are involved.

The ABS and ESP systems, autonomous and emergency braking, presence of signals of unfastened front and rear belts and unintentional departure from one’s lane, correctness of “blind spot” indicators in mirrors are also assessed.

The assessment is made according to durability and maintainability, safety for driver, passengers and pedestrians, efficiency of active and passive safety systems.

Chery cars in C-NCAP crash-tests were rated as “excellent”. Only miniature Tiggo 4 was bad, it got “B”.

Haval models were tested both in China, as well as in Australia. The test passed with an “excellent” or “good”. As for the Haval Jolion, it has not been tested for safety.

Geely Atlas was tested by the methods of C-NCAP, Coolray – by ASEAN NCAP methods, and the flagship Tugella – by C-IASI methods. All the cars were tested with “excellent”.

Changan cars were tested by C-NCAP and got rating “excellent”. But the results of tests of CS35 Plus are not available in the public domain.

Thus, given the local Chinese crash tests, which have quite strict requirements, we can say that the safety of cars from China in 2022 is at a fairly good level. But it is impossible to compare them with European cars, as they did not pass the European tests.