If Colin Chapman, the founder of Lotus, saw this “racing car”, he would surely lose his tongue. Where has it ever been seen that a limousine weighing under two tonnes competed on the racetrack and, moreover, won? This is the story of the most controversial ring car of our time – the Bentley Turbo R, which was finalized by Phantom Motor Cars. 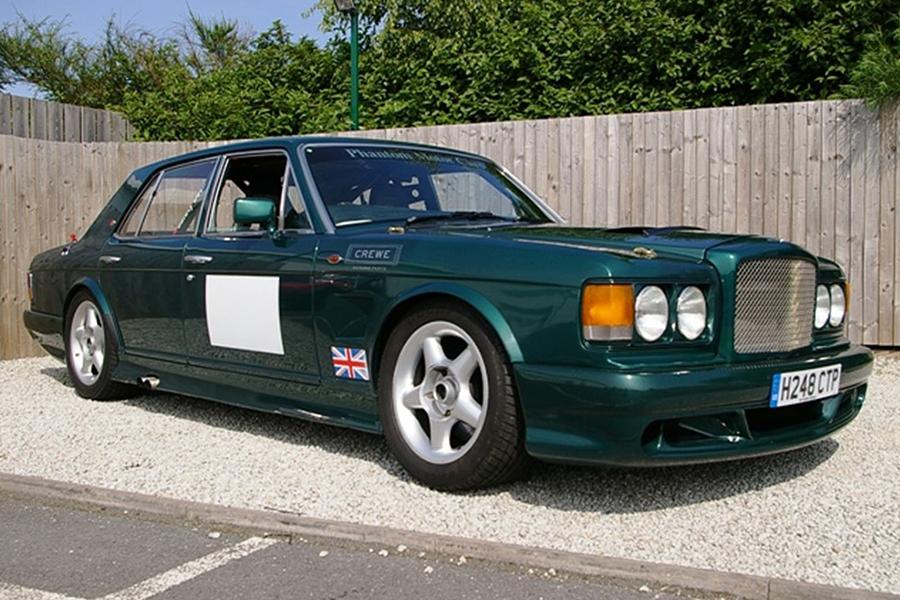 Phantom Motor Cars has been in existence in Surrey since 1961. From the beginning the company positioned itself as a Bentley/Rolls-Royce dealer “with an asterisk” (the one who could retrofit cars with options that are not in any catalog), so in the mid-sixties the PMC was known far outside of Britain – the company was noticed by leading car magazines. At the end of the first decade of its life the company Phantom Motor Cars sold cars not only in the Foggy Albion, but also in the U.S. and Australia and New Zealand. 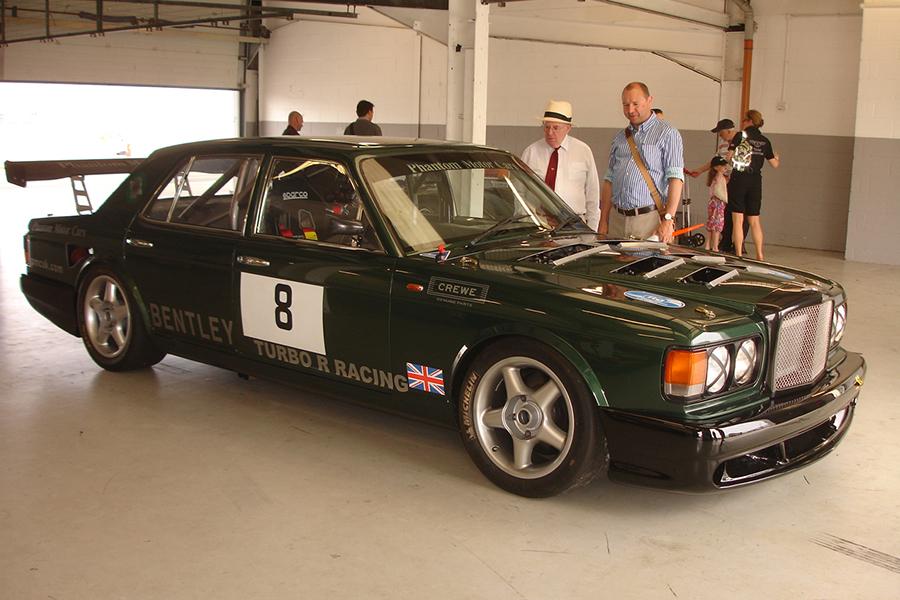 In 1984, the management of the company are taken by the sons of the founder Tony Worthington – Simon and Stewart, who reoriented PMC in the station service, revision and diagnostics of already released models of Rolls-Royce and Bentley. The company does the same to this day – though with greater emphasis on the Bentley. It was during the current, “modern” period, the company Phantom Motor Cars created its two most famous cars – racing Bentley Continental GT (not to be confused with the GT3 version, which is almost half as light) and no less racing Bentley Turbo R. 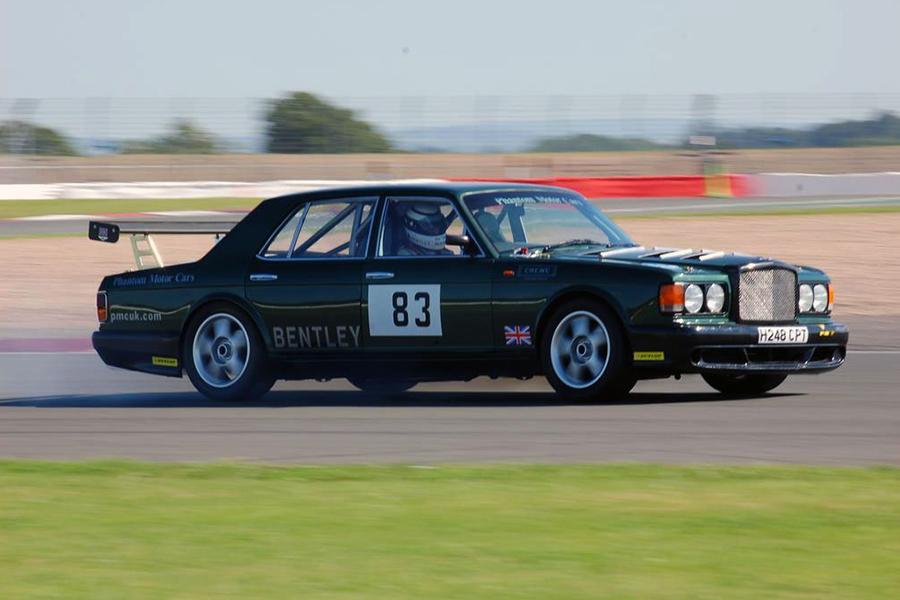 No romantic history of creation a racing limousine from Phantom Motor Cars – the car simply became a mobile laboratory for the break-in of new technologies of the company. And it was so fortunate that most of the solutions used turned out to be effective. The Turbo R first received license plates on August 1, 1990, and has been owned by PMC ever since – until recently. 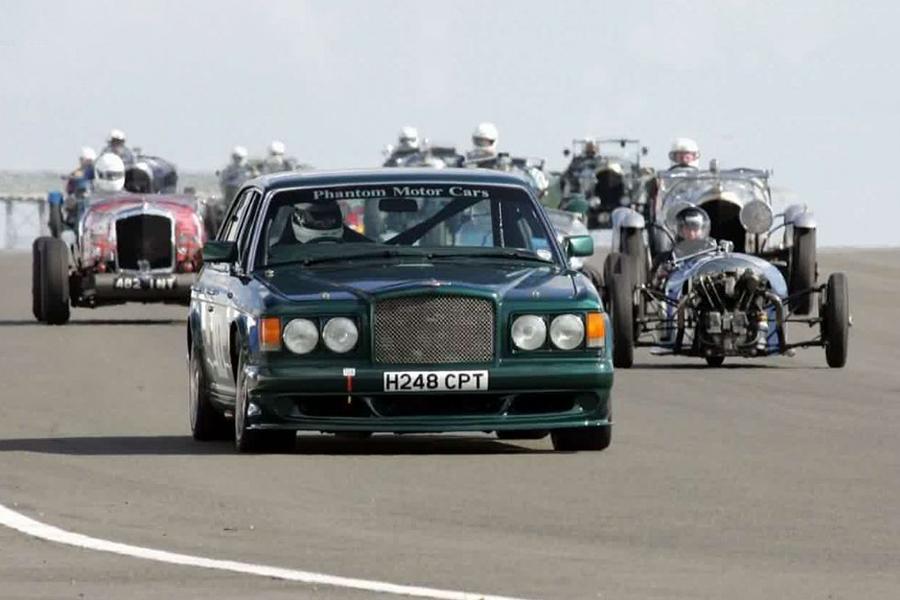 On August 31, 2013, the sedan was sold at a Historic at Brooklands auction for the ridiculous sum of £16,800. Given the scale of improvements and their cost, the amount is really modest, because it was not limited to only boosting the engine. For example, the chassis of the car was completely redesigned – the self-levelling chassis was replaced by Bilstein shock absorbers, short springs with increased stiffness and Mulliner anti-roll bars, which have 40 percent more stiffness. 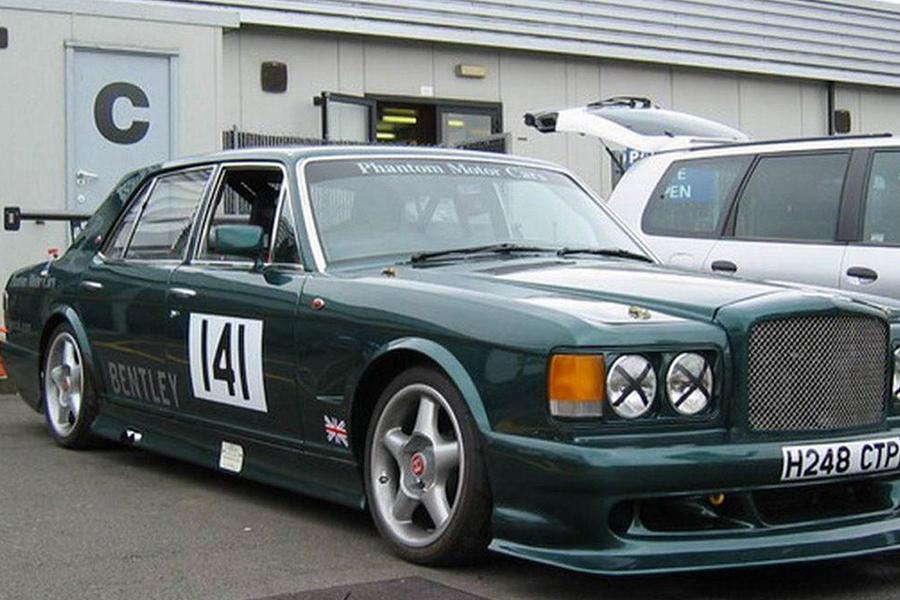 The car became lower by 50 millimeters, which had a positive impact on drivability. The Continental T wheels, a self-locking differential based on a viscous clutch, and a new braking system Alcon contributed to the best time on the tracks. Since the tests revealed that the front brake discs can overheat, they were equipped with a water injection system – for cooling in critical situations. 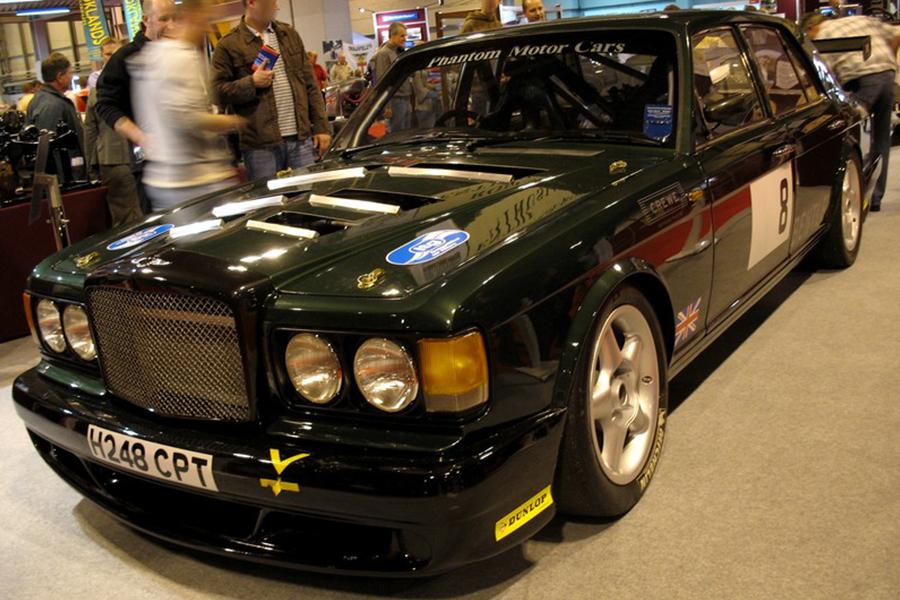 The main innovation of the Turbo R, however, is the new 6.75-liter twin-supercharged V8 engine. Originally developing 700 horsepower, it has been de-energized to 540 to increase torque in the lower rpm range. Power is sent to the rear axle through a GM 4L80E sequential transmission (prior to that, a 3-speed GM 400 automatic from Police Interceptor was installed). 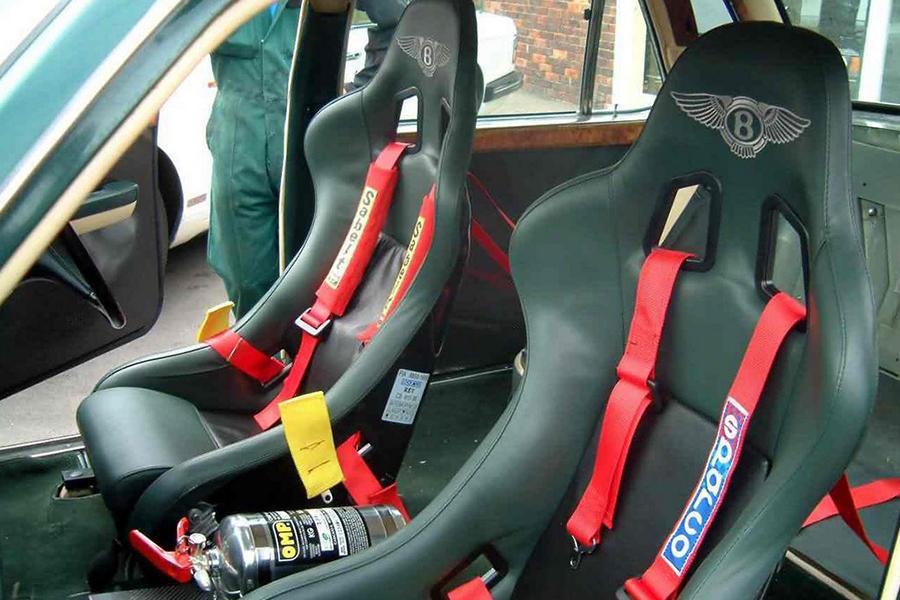 Running only on 105 gasoline, the Turbo R has a racing bodykit with an effective diffuser, an aluminum hood, and a motorsports-ready interior with a pair of bucket seats, a safety cage, and a small-diameter steering wheel. Nevertheless, racing Turbo R weighs a lot all the same – 1,8 tons. What does not prevent it from showing itself worthily in motorsport. 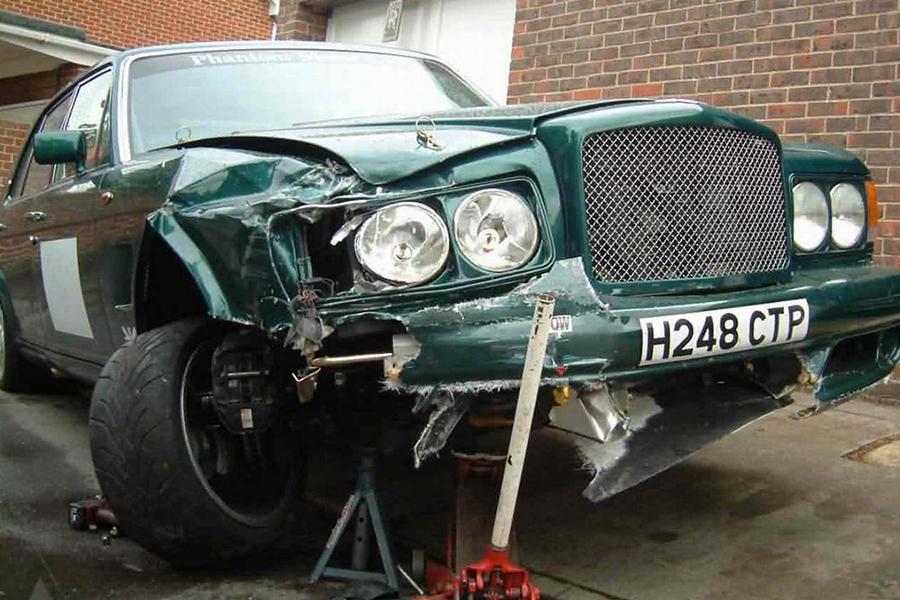 The car Worthington brothers won several stages of the Bentley Drivers Club, beating such time-recognized cars as the Napier Bentley 1929 with a 24-liter engine. PMC’s most notable Bentley achievement, however, was fourth place at Silverstone in 2004 when, due to its relative newness, it was penalized and went on track three minutes (!) after the main peloton started. In this situation, 4th place is almost a victory. Especially as the race was only 4 laps long. There were accidents in the history of Turbo R, but without serious consequences. 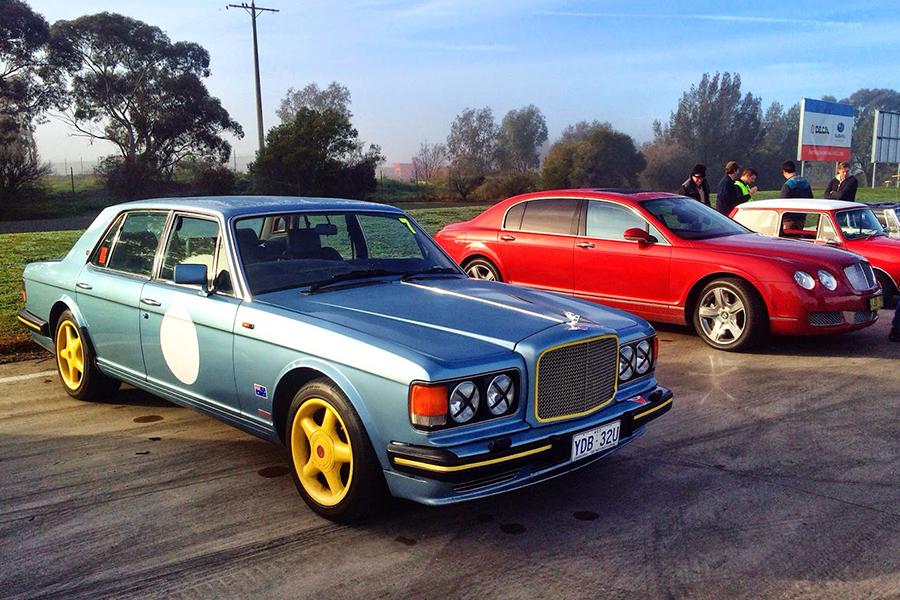 As has already been said, five years ago, the crazy sedan was sold for private use. It would seem, it is possible to put a period in the narration here, but no – there is one interesting detail. The matter is that Phantom Motor Cars built two more such cars – for customers from the USA and New Zealand. And here their fate is completely unknown to this day. Perhaps someday we will hear about their victories as well.